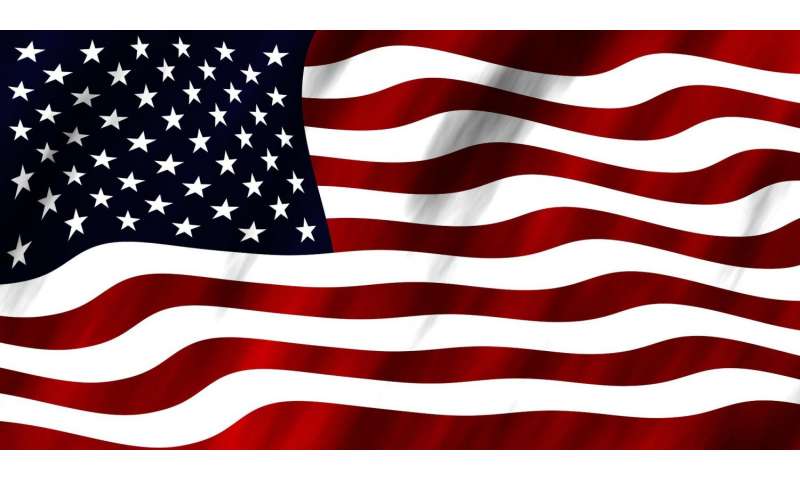 Researchers at Case Western Reserve University reviewed national data from the U.S. Census bureau and found associations between states’ voting patterns in the 2016 presidential elections and decreases in the number of adults 18 to 64 years of age without health insurance coverage.

“Following the implementation of the Affordable Care Act (ACA), we observed sharp decreases in the number of uninsured Americans nationwide,” said Uriel Kim, lead author on the study and an MD candidate at the Case Western Reserve University School of Medicine. “However, since the 2016 presidential election, these gains are reversing in so-called ‘red’ states, and ‘purple’ states that flipped from blue to red.”

The paper State Voting Patterns in the 2016 Presidential Election and Uninsured Rates in Non-elderly Adults was recently published in the Journal of General Internal Medicine.

Kim and colleagues at the medical school defined states based on voting patterns in the 2016 general election, categorizing them as Blue (21 states and Washington, D.C.), Red (24), or Purple (6)—states that switched from Blue to Red in the 2016 election. (No Red states switched to Blue.)

“The implementation of Medicaid expansion and the marketplaces has varied across states, at least partially explaining our study findings,” Kim said. “For example, of the 14 states that have not expanded Medicaid, most are red or purple states. Additionally, while all Americans have access to the insurance marketplaces, the degree to which states invest in outreach and navigation programs for marketplace insurance generally varies along party lines.”

In the years 2014 through 2016 (compared to 2013, before key provisions of the ACA were implemented), the data showed that the number of uninsured adults age 18 to 64 decreased by 15.8 million nationwide.

From 2017-18, following the presidential election, the number of uninsured individuals increased by more than 850,000 nationwide, reversing the positive trends.

Data from 2019 and 2020 were not yet available for the researchers to review.

The ACA expanded coverage with two approaches: the expansion of Medicaid (in some states) to individuals with higher incomes and the creation of “marketplaces” (in all states) that allow individuals to purchase health insurance for themselves and their families. Individuals purchasing insurance on the marketplace receive sliding-scale subsidies based on their income.

The study’s senior author, Siran Koroukian, an associate professor in the Department of Population and Quantitative Health Sciences in the medical school, added that the study highlights the importance of policies to enable health care access, which has particular relevance during the COVID-19 pandemic and the resulting economic fallout.