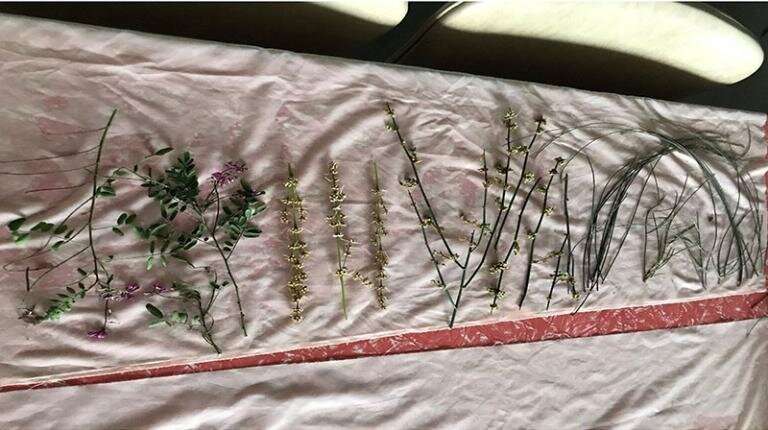 A Victoria University (VU) Indigenous-led study has found that access to a safe space for traditional cultural practice can assist in healing from ongoing trauma, dispossession and displacement for Indigenous women.

Building on existing knowledge of the powerful healing impact connecting with culture, Country and kinship can have, researchers from VU’s Moondani Balluk Indigenous Academic Unit, hosted Wayapa and bush-dyeing workshops for a group of Indigenous women in Melbourne’s west.

Moondani Balluk Director Karen Jackson said, although the workshops were required to be held online when Melbourne went into lockdown, they had a profound impact on the women who participated.

“Some of the women were part of the Stolen Generation, had an unknown connection to Country or language group identity and were at different stages of their identity journey,” Ms. Jackson said.

“And what we saw over the 12 weeks is that not only did the women establish a connection to the local landscape and environment, they also now have this cultural practice which can be shared with children or other family, or when they need it to strengthen the soul.”

Up to 12 women participated in the workshops and the study was published in the American Journal of Community Psychology. It included testimony from some of the women who participated (names withheld):

“…I just get so much warmth from coming into this space…and it’s… it’s an open space and there’s trust, we have trust here.”

“But I just realized, like, it’s, it’s been my way to heal, by letting myself be vulnerable even though that makes you a target for people sometimes. I think it’s more worth it because it helps other people talk and heal, and…I didn’t know that before, I’ve started to learn that now…”

“I think this process and us, um, connecting strong women and, you know, telling stories and of that experience as well, different, uh, also. Similar in the feelings and the emotions that have happened for us. I think that’s definitely helped quite a lot.”

The project’s success has resulted in plans to expand the workshops into correctional and playgroup settings.