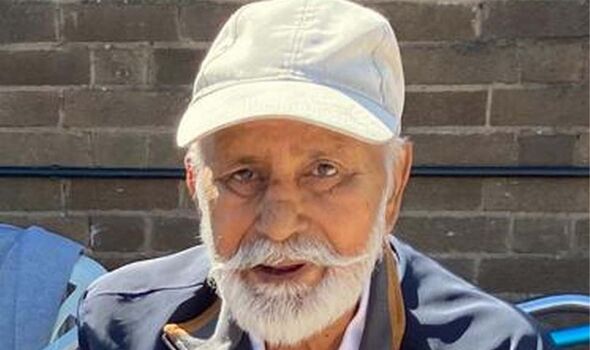 A family has shared their devastation after the loss of their 75-year-old father.

Speaking about his final days, his family say they believe he would still be here today if it was not for severe healthcare delays.

Gurmukh Banwait was taken to hospital on Wednesday, December 28, and died the next day after having waited 17 hours before being admitted to a ward.

Speaking to Leicestershire Live, the family said the elderly father from Loughborough had been suffering from breathing difficulties on Boxing Day last year, and was eventually taken to Glenfield Hospital at around 6am the following Wednesday (Dec 28). He then had to wait around 17 hours in what his daughter described as a “cold waiting room” before being admitted to a ward.

The family say they are shocked at the rate of his decline and now wish he had never been admitted. Mr Banwait became unwell during a time of extreme pressure on the local healthcare system which led to the University Hospitals of Leicester NHS Trust declaring a critical incident on December 30, a day after his passing.

The critical incident followed record-breaking levels of patients using accident and emergency services in Leicester, with nearly 1,000 patients seen in one day in December.

The 75-year-old’s grieving daughter, Balbinder Kaur told Leicestershire Live: “You see things on the news and you think ‘yes, that’s bad’ but when you’re in the situation yourself you realise how bad it really is. I feel really angry. I just can’t believe that it’s actually happened. From beginning to end it was just horrible.”

Balbinder said there had also been delays with the ambulance service. When they finally arrived at Glenfield Hospital, they were met with the dire situation the staff were facing. The 51-year-old said her father was becoming more anxious and unwell as the hours passed but they waited patiently, despite an urge to raise concerns. The pair watched other patients, who they said also appeared to be struggling to endure the long wait and said they were not offered any food or drink.

“[My dad] told me while we were in the hospital, ‘I can’t believe we’re in the UK and I’m sitting here, waiting for a bed for this long’. He actually said that when we got out of there, he wanted to speak up on the issue,” Balbinder said.

She added: “My dad is gone now and there’s nothing I can do about that but the government needs to understand that this is not right.”

He was admitted to ward 20 on Thursday, December 29, at around midnight and his family spoke to him later that day, at around 11am. Mr Banwait told them he was still struggling to breathe and had some pain in his legs, but he raised no further concerns. An hour later a nurse informed family members that Mr Banwait was “doing well” apart from low oxygen saturation but said “oxygen machines were in short supply”, according to Balbinder.

But by 3pm, when Balbinder’s brother went to visit their father in the hospital, Mr Banwait appeared “delirious” and had significantly deteriorated. Having not been informed of his father’s updated condition, Balbinder’s sibling believed Mr Banwait was not being given the care and attention he needed.

‘My biggest regret is that we went in the first place’

He prompted the rest of the family to attend, around an hour later, as Mr Banwait’s condition worsened and Mr Banwait sadly died in hospital that afternoon. Balbinder said the family were informed he had died of major organ failure among other ailments but feel they have been left with unanswered questions.

Balbinder said: “If he got the care he needed straight away then I could accept what has happened but I can’t say that. When he went in, we were told he wasn’t critical, so how did he deteriorate so quickly? He has been failed. But I feel guilty because he went to the hospital at the wrong time. He said when we got there that he just wanted to go home but he was feeling so unwell and if we left it would be considered a self-discharge and we’d have to go through the whole process again.

“He’d even said to me that he was scared to go because once you go, you don’t come back alive. That’s my biggest regret, that we went in the first place because he might still be here. You just don’t know when you will be seen to, that’s the situation at the moment.”

Balbinder has raised a complaint with Leicester Hospitals, alleging her father did not receive the care he should have. LeicestershireLive understands that during the period of extreme pressure, the Trust took measures to ensure patient care was prioritised and limited updates to family members to changes in circumstances. Patients with the most urgent clinical needs were seen first.

Andrew Furlong, medical director at Leicester’s Hospitals said: “We apologise to the family of Mr Banwait for the delays to care they experienced and offer our condolences at this difficult time.

“In the days between Christmas and New Year, our whole health and care system was exceptionally pressured. In our hospitals, all efforts were made to ensure patients with the most urgent clinical needs were seen first. There are robust processes in place for recording patient harm and clinical teams are encouraged to record if they believe that a delay or other situation has contributed to harm.

“We are committed to learning from the feedback of families and patients, and encourage anyone with a complaint to make contact with our PILS team so that we can investigate further.”

Susannah Ashton, Divisional Director for Leicestershire at East Midlands Ambulance Service, said: “Exceptional pressure across the NHS and social care system continues to have the biggest impact on our ability to quickly get to patients waiting in the community. Each part of the system is working hard to do everything possible to reduce the delays experienced by patients.

“We are committed to continue to work with partners to respond to the pressure and deliver the most timely and appropriate response to the patient. We offer our condolences to the family and would like to speak with them about their experience and to address their concerns.”