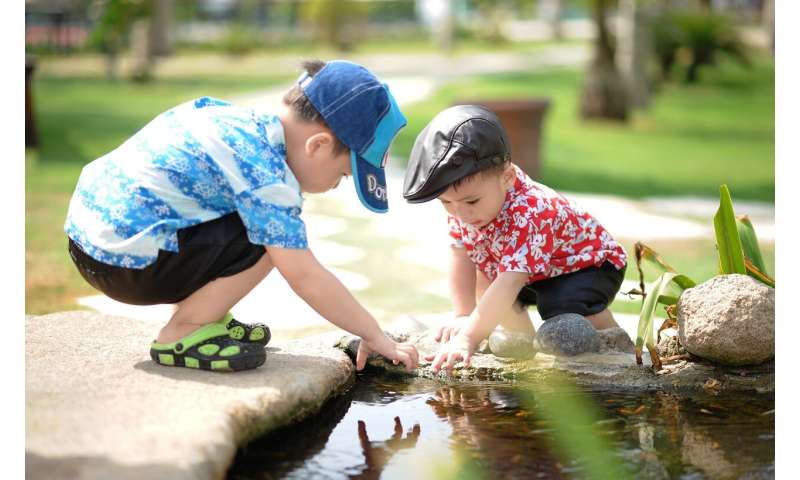 Youth programs designed to prevent drug use and delinquency and support healthy development can reap lasting benefits not only for participants, but also for their kids, according to a decades-long study published June 10 in the JAMA Pediatrics.

“This is the first published study to show that a broadly implemented, early childhood prevention program can have positive effects on the next generation,” said lead author Karl Hill, director of the Problem Behavior and Positive Youth Development Program at the University of Colorado Boulder. “Previous studies have shown that childhood interventions can demonstrate benefits well into adulthood. These results show that benefits may extend into the next generation as well.”

For the study, Hill and collaborators at the University of Washington assessed children whose parents had participated in a program called Raising Healthy Children (RHC) from first through sixth grades in the 1980s.

Set in public elementary schools serving high-crime neighborhoods in Seattle, the program was among the first to test the idea that problem behaviors could be prevented with specialized training for teachers, parents and young children.

Previous studies have shown that by age 18 those who had gone through the program demonstrated better academic achievement than non-participants and were less likely to engage in violence, substance use or unsafe sex. By their 30s, they had gone farther in school, tended to be better off financially, and scored better on mental health assessments.

School programs that pay it forward

“We started thinking, if they are growing up to be healthier adults, maybe they are also better parents and maybe we can measure that impact on their kids,” said Hill.

Beginning in 2002, the researchers started following the first-born children of program participants via questionnaires for their teachers and parents and, beginning at age 6, annual interviews with the children.

Those whose parents had participated in RHC had fewer developmental delays in the first five years of life, fewer behavior problems, fewer symptoms of attention deficit hyperactivity disorder (ADHD) and better cognitive, academic and emotional maturity in the classroom. They were also significantly less likely to report using drugs or alcohol as a teenager.

“We already know that if you can prevent kids from getting involved in the criminal justice system, engaging in underage drinking and drug use, and experiencing depression and anxiety, you can save governments and families a lot of money,” said co-author Jen Bailey, assistant director of the Social Development Research Group at University of Washington. “Our results suggest these programs, by delivering cross-generational effects, may be working even better than we thought.”

Hill, a psychology and neuroscience professor with the Institute of Behavioral Science, notes that children whose parents had gone through the program in the 80s also showed less “oppositional defiance” and “externalizing behaviors”—two common precursors to serious violence later in life. This suggests such interventions could play a role in stemming the tide of school violence.

The researchers caution that the study was a non-randomized controlled trial set in only one region of the country and needs to be replicated before broad conclusions can be drawn.

But amid a pandemic, when youth depression and anxiety are on the rise but budgets are being slashed and lawmakers may have a tendency to place prevention at a lower priority, Hill hopes the findings send a message.