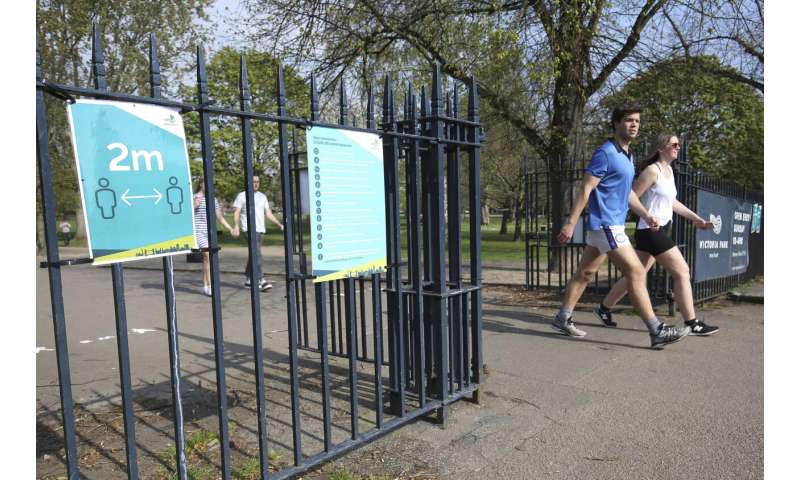 European countries sought Saturday to keep people from traveling in sunny Easter weather and grappled with how and when to start loosening weeks-long shutdowns of much of public life. The United States’ death toll from the coronavirus outbreak approached that of Italy, the world’s biggest so far.

In Asia, South Korea announced plans to strap tracking wristbands on people who defy quarantine orders. The Japanese government appealed to the public nationwide to avoid bars, clubs and restaurants—broadening a measure announced earlier for seven urban areas including Tokyo.

Most European countries have gone well beyond that over recent weeks, imposing lockdowns of various severity. Beautiful weather across much of the continent provided an extra test of people’s discipline on a long Easter weekend like none before.

In Italy, checks were stepped up—particularly around the northern Lombardy region, which has borne the brunt of the COVID-19 outbreak. Roadblocks were set up on main thoroughfares in and out of the regional capital, Milan, and along highway exits to discourage people from seeking escape on the holiday weekend.

“This year we cannot gather” for Easter, said the head of Italy’s national health institute Silvio Brusaferro. “Even if the season is nice and we are tempted by all of our traditions and customs, this is something we need to try to control.” 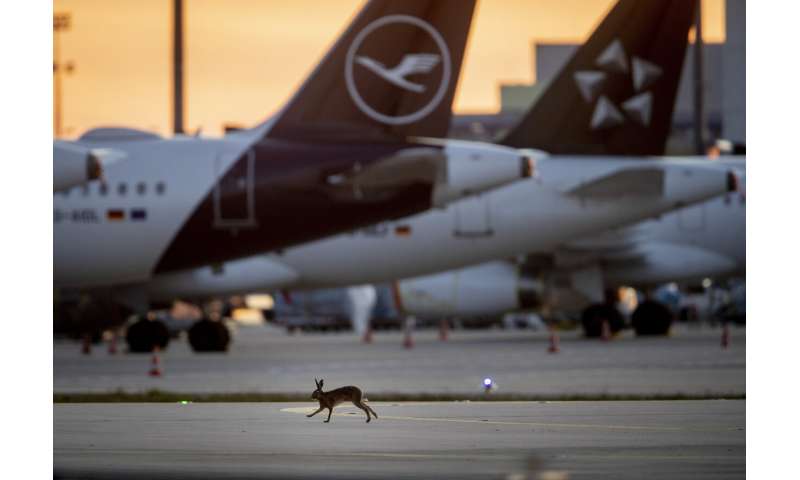 Spanish police set up thousands of roadblocks around the country to ensure that Spaniards with second residences don’t take unauthorized trips during the holiday.

In Britain, police were urged to keep a close watch on gatherings in parks and at the seaside on what was set to be the hottest day of the year. On Saturday, a motorcycle rider had his bike seized by police after he failed to stop while making making a nonessential journey in central England.

The Easter holidays coincide with mounting hope in Europe of a light at the end of the tunnel as rates of infection slow in many cases.

Some countries are already planning small first steps out of the shutdown. Austria aims to reopen small shops on Tuesday.

Spain is preparing to start rolling back the strictest of its measures on Monday, when authorities will allow workers of some nonessential industries to return to work at factories and construction sites after a nearly complete two-week stoppage of industry. 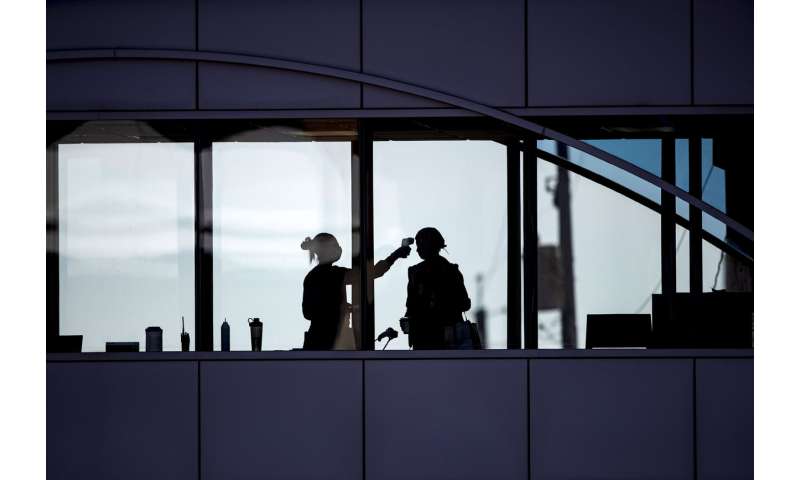 Health Minister Salvador Illa said the government will distribute reusable masks at subway stations and other public transportation hubs on Monday and Tuesday.

“We think that with these measures we will prevent a jump in infections,” Illa said Friday.

Despite mounting pressure from industry, Italy has continued to include all nonessential manufacturing in the extension of a national lockdown until May 3. But Premier Giuseppe Conte held out hope that some industry could re-open earlier if conditions permit.

”If we give in now, there is the risk of needing to start all over again,” Conte said in a Friday evening address. “It is necessary to maintain a high level of attention also for Easter.”

German officials are set to consider on Wednesday how to proceed after several weeks of restrictions on public life, currently due to expire April 19. Officials have been careful to insist they will be cautious, pointing to the risk of undoing the gains the country has made.

“A second shutdown would be hard to cope with, economically and socially,” Winfried Kretschmann, the governor of Baden-Wuerttemberg state, told the daily Sueddeutsche Zeitung.

Meanwhile, in Africa, where virus cases are on the rise, there is fear that the poor health care facilities and a lack of help from developed nations facing their own health crises could lead the virus to spread unchecked.

In Congo, corruption has left the the population largely impoverished despite mineral wealth, and mistrust of authority is so entrenched that health workers have been killed during the Ebola outbreak that is not yet fully defeated.

For most people, the coronavirus causes mild or moderate symptoms, such as fever and cough. But for others, especially older adults and people with health problems, it can cause severe symptoms like pneumonia. 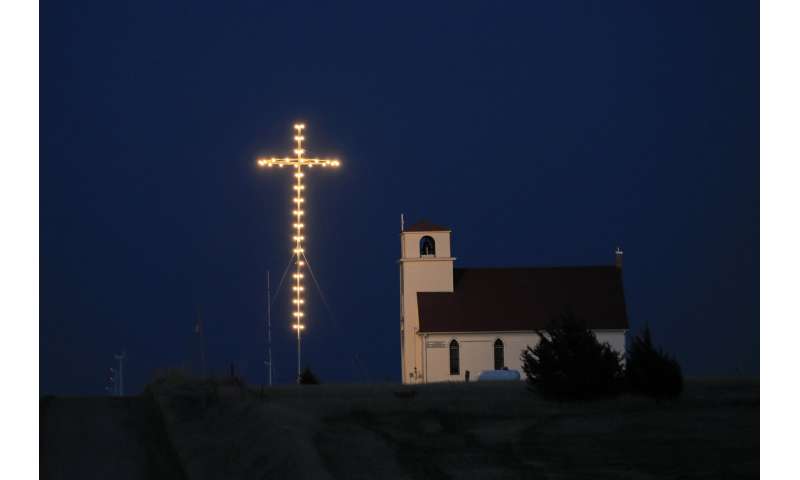 Confirmed infections rose above 1.7 million, according to a tally by Johns Hopkins University. There have been over 102,000 deaths, and over 377,000 people are reported to have recovered.

In China, where the pandemic began in December, the government reported three deaths and 46 additional cases in the 24 hours through midnight Friday. The number of new daily cases has declined dramatically, allowing the ruling Communist Party to reopen factories and stores.

The epicenter of the pandemic has long since shifted to Europe and the United States, which now has by far the largest number of confirmed cases, with more than 500,000. As of Saturday, its death toll of more than 18,700 was only just short of Italy’s.

“I understand intellectually why it’s happening,” said Gov. Andrew Cuomo of New York, where deaths rose by 777, to more than 7,800. “It doesn’t make it any easier to accept.” 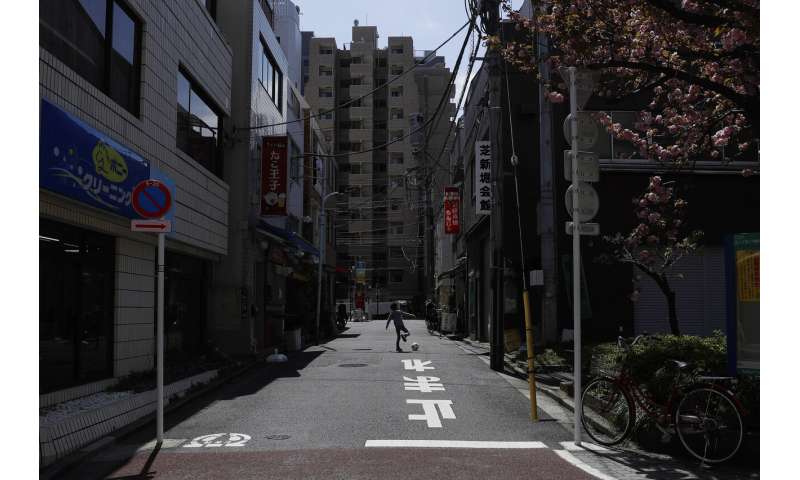 New York officials said the number of people in intensive care dropped for the first time since mid-March and hospitalizations were slowing: 290 new patients in a single day, compared with daily increases of more than 1,000 last week.

Cuomo said if that trend holds, New York might not need the overflow field hospitals that officials have been scrambling to build.

President Donald Trump said he will not lift U.S. restrictions until conditions are safe but announced an “Opening Our Country” task force and said, “I want to get it open as soon as possible.”

The head of the World Health Organization, Tedros Adhanom Ghebreyesus, warned that easing restrictions prematurely could “lead to a deadly resurgence.”

Britain on Friday reported a one-day high of 980 new deaths—bigger than any seen in Italy or Spain, which on Saturday reported a daily death tally of 510, its lowest in nearly three weeks. 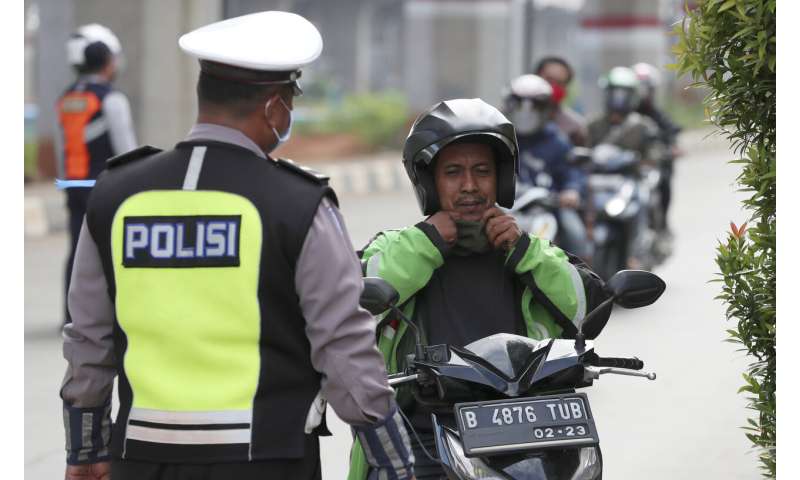 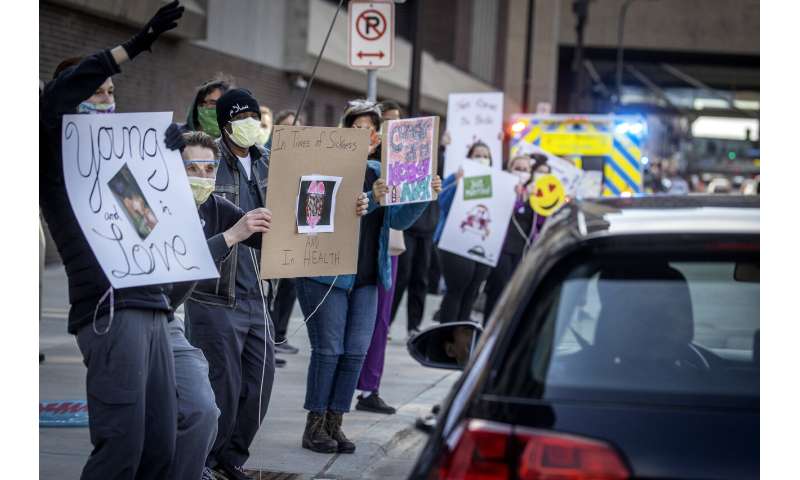 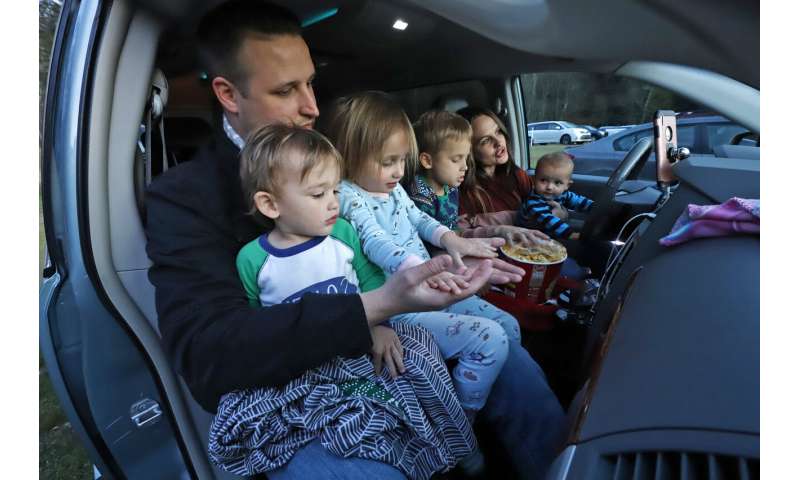 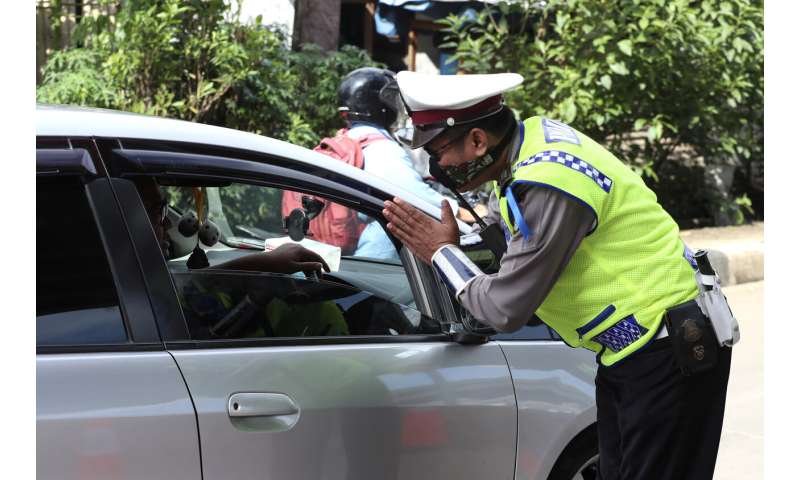 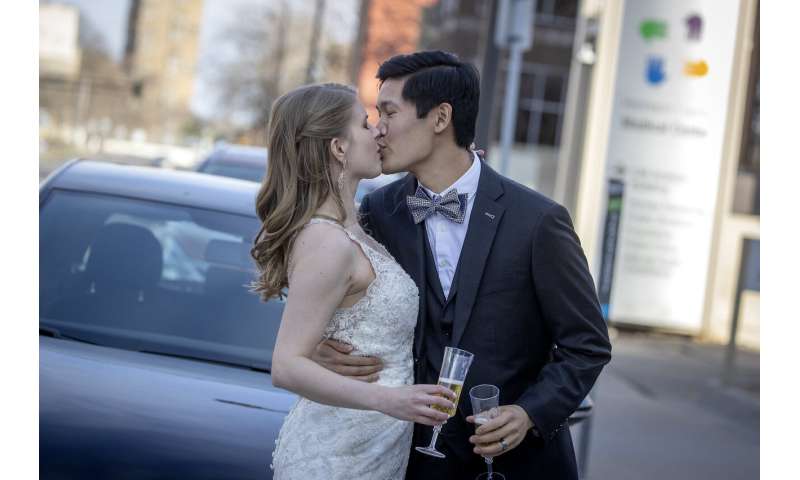 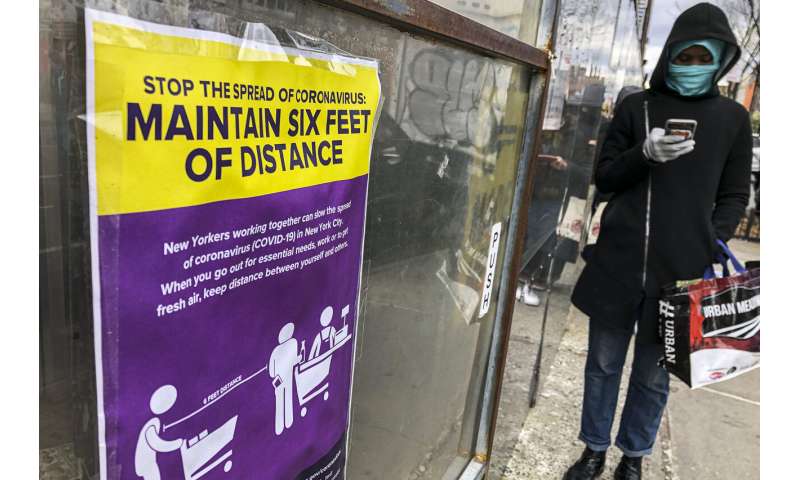 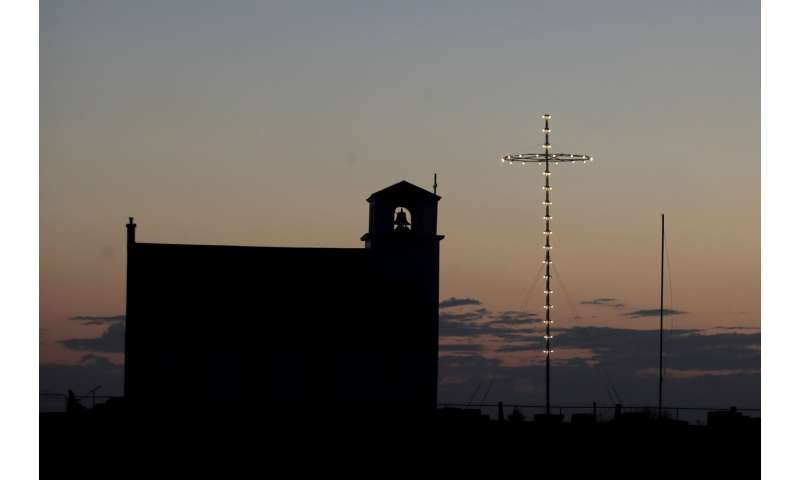 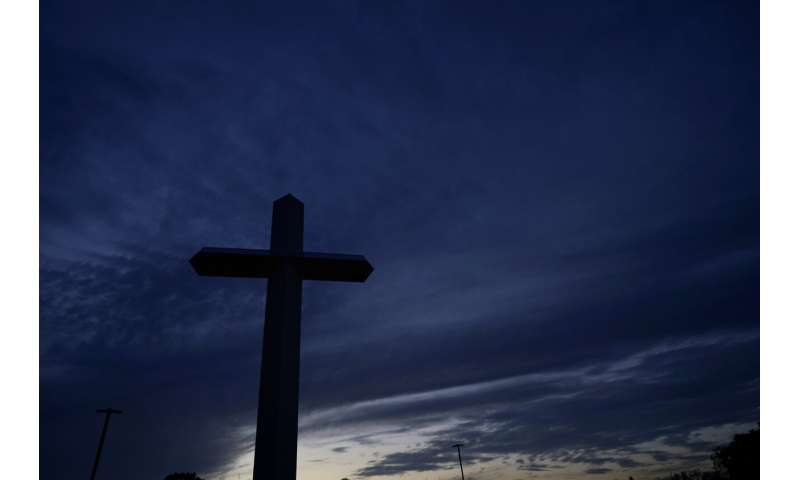 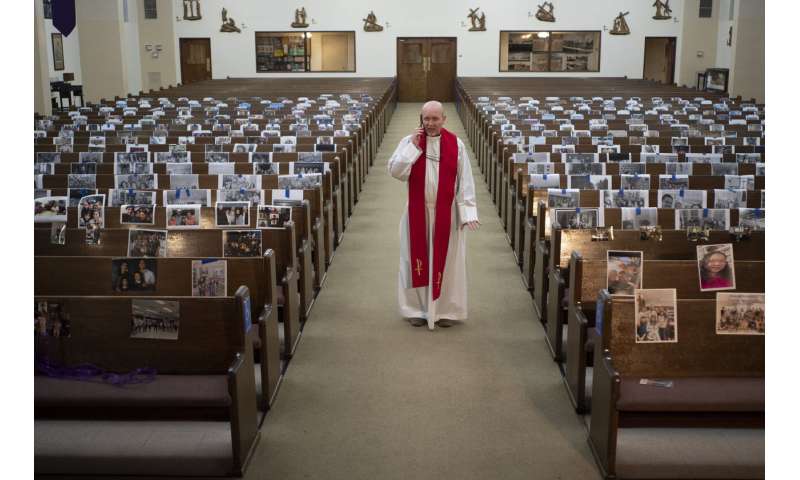 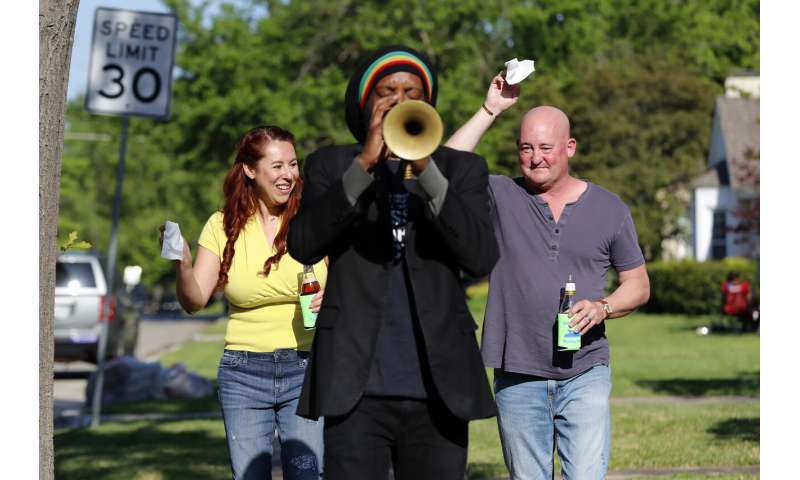 At the same time, data suggest that the number of hospital admissions in Britain shows signs of flattening out.