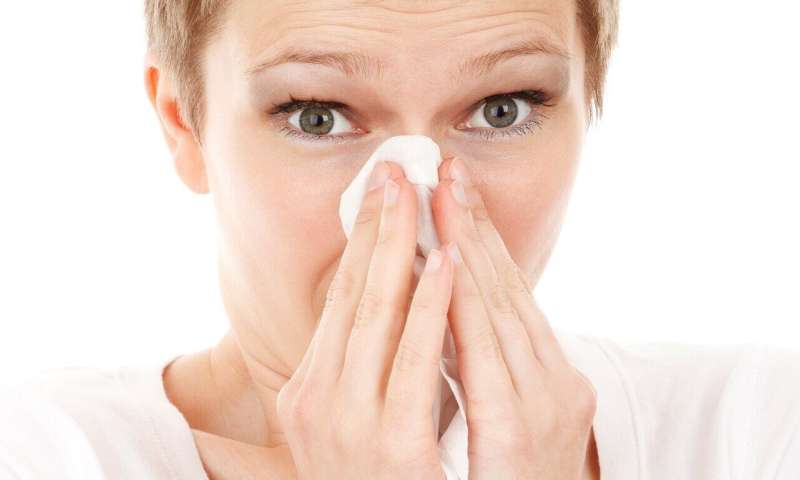 While a new virus that originated in China has prompted Americans to wear masks on the subway and cancel international trips for fear of falling ill, a much deadlier killer already stalking the United States has been largely overshadowed: the flu.

Like the new coronavirus, influenza can spread from person to person through the air and cause a fever and cough. But unlike the coronavirus, which so far hasn’t led to any deaths in the U.S., influenza has killed approximately 10,000 Americans since October, according to federal data released Friday.

“Here in the U.S., this is what is killing us,” said University of California, Riverside epidemiologist Brandon Brown. “Why should we be afraid of something that has not killed people here in this country?”

To be sure, the coronavirus, known as 2019-nCoV, has alarmed public health officials as they try to avert a worldwide health crisis.

China has quarantined more than 50 million people to contain the outbreak. This week, the World Health Organization deemed the coronavirus a “global health emergency,” and U.S. officials advised Americans not to travel to China, prompting airlines to cancel flights.

And on Friday, health officials ordered a two-week quarantine for 195 Americans who were flown from Wuhan, China, to March Air Reserve Base in Riverside.

But so far, just six people in the United States have been diagnosed with the coronavirus, all cases that were associated with travel to China.

By contrast, in California alone, 211 people have died of influenza, including seven children, since the season began in October, according to state data released Friday. That figure, gathered from death certificates, is widely considered to underestimate since the flu can prompt fatal conditions like heart failure or pneumonia, which are then instead listed as the final cause of death.

But the flu doesn’t captivate the public’s attention in the way a new, emerging virus does. Unknowns generate news, anxiety and sometimes panic.

Waiting in a downtown Los Angeles subway station Thursday, Josh Aguilera wore a white mask strapped over his nose and mouth. He had begun using the mask a few days earlier during his subway journeys between work and home to protect himself from the coronavirus, he said.

But a bigger worry for people taking public transportation or in other crowded spaces is the flu, experts say. Nationwide, 19 million people in the United States have had the flu this season, according to the U.S. Centers for Disease Control and Prevention.

“This is something I guess we’re used to so we don’t really pay attention to it much,” Brown said. “I think we need to shift our attention back to the flu.”

The CDC is not recommending that people wear face masks to protect against the coronavirus, or any other respiratory illness.

Federal officials continue to recommend, however, that people get immunized against the flu. The flu shot can make people half as likely to get sick as someone who didn’t get the vaccine and the flu season runs through May, according to the CDC.

“Get your flu shot—take measures to prevent getting sick with the many things in this country we have to get sick from,” said Tufts Medical Center infectious disease specialist Dr. Shira Doron. “The likelihood of an American being killed by the flu compared to being killed by the coronavirus is probably approaching infinity.”

Experts know that the flu tends to be most dangerous for the elderly. However, the strains of flu circulating this year have been hitting young people especially hard.

“We have to get people vaccinated,” said New York University bioethicist Arthur Caplan.

One upside of the anxiety over coronavirus, experts say, is that it may inadvertently prevent flu cases, since the diseases are transmitted in similar ways.

To protect against the flu—or coronavirus, if that’s your concern—people should wash their hands frequently, sneeze or cough into the crook of their elbow and avoid contact with ill people, said Dartmouth College professor Dr. Elizabeth Talbot.