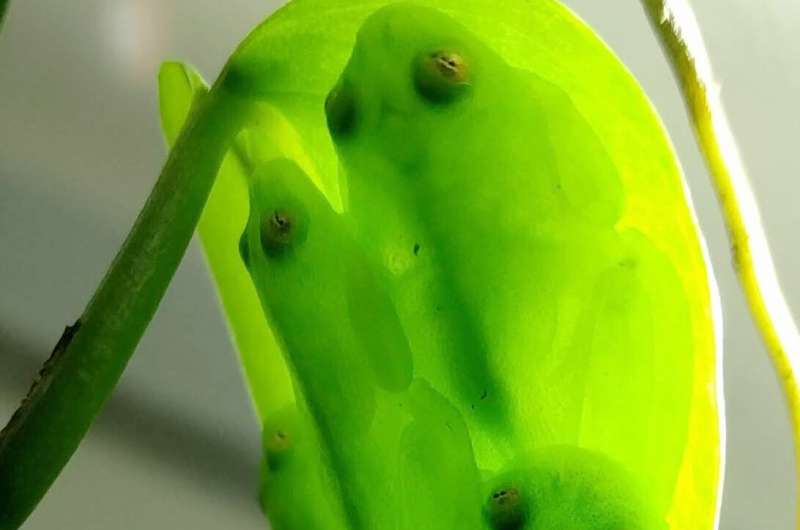 New research shows that glassfrogs—known for their highly transparent undersides and muscles—perform their “disappearing acts” by stowing away nearly all of their red blood cells into their uniquely reflective livers.

The study, led by scientists at the American Museum of Natural History and Duke University, is being published Friday in the journal Science. The work could lead to new avenues of research tied to blood clots, which the frogs somehow avoid while packing and unpacking about 90% of their red blood cells into their livers on a daily basis.

“There are more than 150 species of known glassfrogs in the world, and yet we’re really just starting to learn about some of the really incredible ways they interact with their environment,” said co-lead author Jesse Delia, a Gerstner postdoctoral fellow in the Museum’s Department of Herpetology.

Glassfrogs, which live in the American tropics, are nocturnal amphibians that spend their days sleeping upside down on translucent leaves that match the color of their backs—a common camouflage tactic. Their tummies, however, show something surprising: translucent skin and muscle that allows their bones and organs to be visible, giving the glassfrog its common name. Recent research has proposed that this adaptation masks the frogs’ outlines on their leafy perches, making them harder for predators to spot.

Transparency is a common form of camouflage among animals that live in water, but it’s rare on land. In vertebrates, attaining transparency is difficult because their circulatory system is full of red blood cells that interact with light. Studies have shown that ice fish and larval eels achieve transparency by not producing hemoglobin and red blood cells. But glassfrogs use an alternative strategy, according to the findings of the new study.

“Glassfrogs overcome this challenge by essentially hiding red blood cells from view,” said Carlos Taboada, the study’s co-lead author from Duke University. “They almost pause their respiratory system during the day, even at high temperatures.”

At Duke, the researchers used a technique called photoacoustic imaging, which uses light to induce sound-wave propagation from red blood cells. This allows researchers to map the location of the cells within sleeping frogs without restraint, contrast agents, sacrifice, or surgical manipulation—particularly important to this study because glassfrog transparency is disrupted by activity, stress, anesthesia, and death. 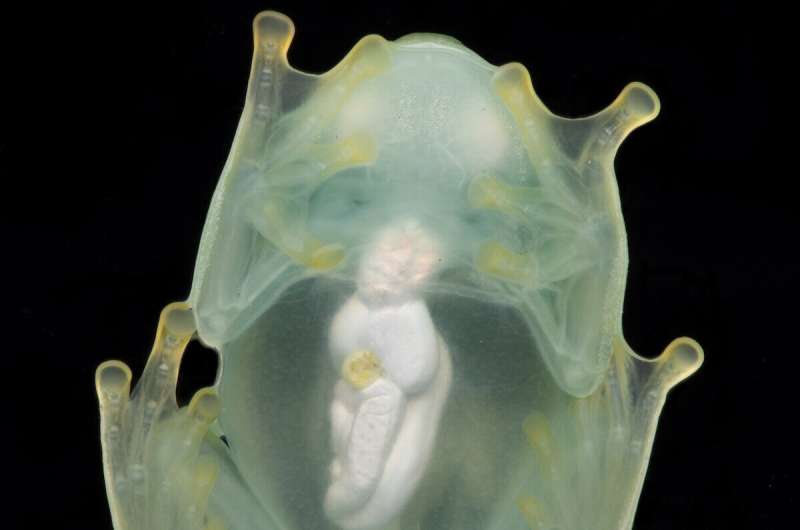 The researchers focused on one particular species of glassfrog, Hyalinobatrachium fleischmanni. They found that resting glassfrogs increase transparency two- to threefold by removing nearly 90% of their red blood cells from circulation and packing them within their liver, which contains reflective guanine crystals.

Whenever the frogs need to become active again, they bring the red blood cells back into the blood, which gives the frogs the ability to move around—at which point, light absorption from these cells breaks transparency.

In most vertebrates, aggregating red blood cells can lead to potentially dangerous blood clots in veins and arteries. But glassfrogs don’t experience clotting, which raises a set of significant questions for biological and medical researchers. 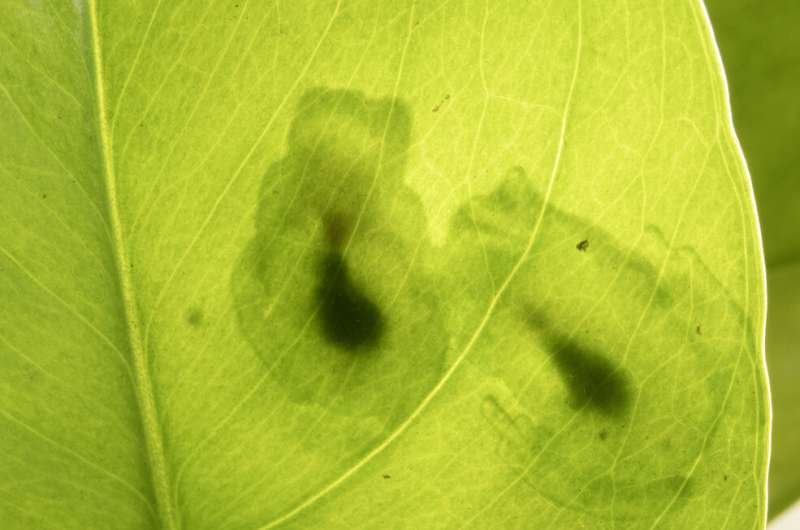 “This is the first of a series of studies documenting the physiology of vertebrate transparency, and it will hopefully stimulate biomedical work to translate these frogs’ extreme physiology into novel targets for human health and medicine,” Delia said.