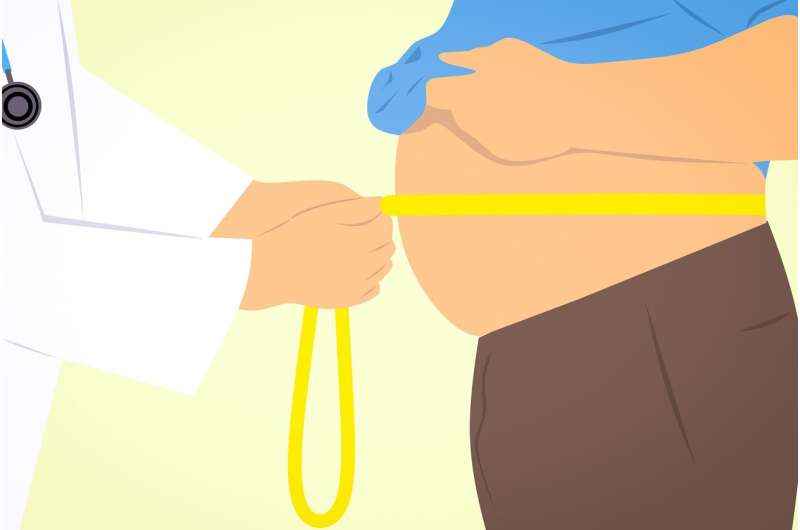 It’s the global epidemic that affects two in every five adults, but as obesity continues to expand waistlines worldwide, researchers at the University of South Australia are warning that harmful body fat can also increase the risk of dementia and stroke.

Gray matter is an essential part of the brain responsible for execution control, muscular and sensory activity as well as learning, attention, and memory.

Obesity is a major issue worldwide, with numbers nearly tripling since 1975. Data from the World Health Organization shows that more than 1.9 billion adults are overweight, with 650 million being obese. More than 340 million children (aged 5-19) are overweight or obese, with 39 million children under the age of five also falling into this category.

Lead researcher, UniSA’s Dr. Anwar Mulugeta, says the findings add to the growing issues associated with being overweight or obese.

“While the disease burden of obesity has increased over the past five decades, the complex nature of the disease means that not all obese individuals are metabolically unhealthy, which makes it difficult to pinpoint who is at risk of associated diseases, and who is not.

“Certainly, being overweight generally increases your risk for cardiovascular disease, type 2 diabetes, and low-grade inflammation, but understanding the level of risk is important to better direct supports.

“In this study, we investigated the causal relationships of individuals within three metabolically different obesity types – unfavorable, neutral and favorable—to establish whether specific weight groups were more at risk than others.

“Generally, the three obesity subtypes have a characteristic of higher body mass index, yet, each type varies in terms of body fat and visceral fat distribution, with a different risk of cardiometabolic diseases.

“We found that people with higher levels of obesity especially those with metabolically unfavorable and neutral adiposity subtypes had much lower levels of gray brain matter, indicating that these people may have compromised brain function which needed further investigation.

“However, we did not find conclusive evidence to link a specific obesity subtype with dementia or stroke. Instead, our study suggests the possible role of inflammation and metabolic abnormalities and how they can contribute to obesity and gray matter volume reduction.”

The study used Mendelian randomisation to examine the genetic data of up to 336,000 individual records in the UK Biobank, with self-reported information and linked hospital and death register records to connect dementia and stoke.

It found that middle to elderly age groups (37-73) gray brain matter decreased by 0.3 percent for every extra 1 kg/m2, which is equivalent of an extra 3 kg of weight for person of average height individuals, (173 cm)

“It is increasingly appreciated that obesity is a complex condition, and that especially excess fat which is located around the internal organs have particularly harmful effects on health,” Professor Hyppönen says.

“Here, we used the individuals’ genetic and metabolic profiles to confirm different types of obesity. In practice, our findings very much support the need to look at the type of obesity when assessing the type of likely health impact.