Heart attacks tend to strike suddenly and can have fatal consequences so reacting quickly is essential to improving your chances of survival.

The dramatic nature of heart attacks may give off the impression that they can catch you off guard, but there are normally a series of warning signs that show up long before the catastrophic event.

The condition is strongly tied to lifestyle factors, and while some factors may seem obvious, such as eating an unhealthy diet, there are lesser-known variables that may also indicate your risk.

The increased thickening in the lining of the two large blood vessels that supply the brain with oxygenated blood is a precursor to atherosclerosis, a hardening of the arteries responsible for many heart attacks.

Investigating the causal link to snoring, the study found changes in the carotid artery with snorers – even for those without sleep apnea – are likely due to the trauma and subsequent inflammation caused by the vibrations of snoring.

Obstructive sleep apnea (OSA) – a sleep disorder that occurs due to the collapse of the airway in the throat during sleep and causes loud snoring and periodic pauses in breathing – has long been linked to cardiovascular disease, along with a host of other serious health issues. 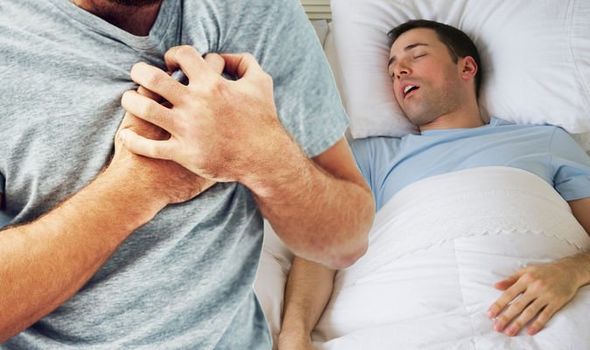 The risk for cardiovascular disease may actually begin with snoring, long before it becomes OSA, however, suggests the research.

To gather their findings, Robert Deeb, M.D., with the Department of Otolaryngology-Head & Neck Surgery at Henry Ford, and his team of researchers data for 913 patients who had been evaluated by the institution’s sleep centre.

A total of 54 patients completed the snore outcomes survey regarding their snoring habits, as well as underwent a carotid artery duplex ultrasound to measure the intima-media thickness of the carotid arteries.

Carotid intima-media thickness, a measurement of the thickness of the innermost two layers of the arterial wall, may be used to detect the presence and to track the progression of atherosclerotic disease (a disease in which plaque builds up inside your arteries).

DON’T MISS
How to live longer: Walking, running or swimming? Best exercise to boost life expectancy [TIPS]
How to get rid of visceral fat: Why this popular food may reduce the dangerous belly fat [TIPS]
Type 2 diabetes: Do you experience this when you move your fingers? You could be at risk [INSIGHT]

Intima-media thickness is the first sign of carotid artery disease.

Compared to non-snorers, snorers were found to have a significantly greater intima-media thickness of the carotid arteries, the study finds.

Commenting on the findings, lead author Robert Deeb, M.D., with the Department of Otolaryngology-Head & Neck Surgery at Henry Ford, said: “Snoring is more than a bedtime annoyance and it shouldn’t be ignored. Patients need to seek treatment in the same way they would if they had sleep apnea, high blood pressure or other risk factors for cardiovascular disease.”

He added: “Our study adds to the growing body of evidence suggesting that isolated snoring may not be as benign as first suspected. So instead of kicking your snoring bed partner out of the room or spending sleepless nights elbowing him or her, seek out medical treatment for the snorer.” 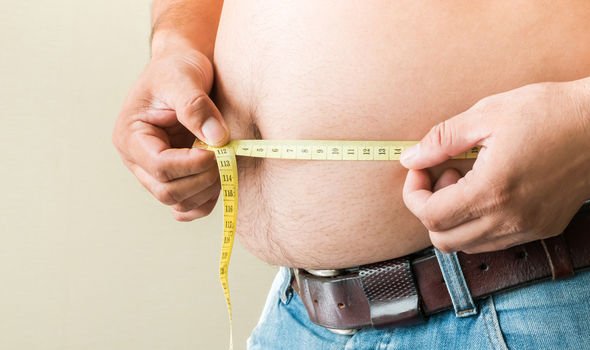 How to treat snoring

According to the NHS, losing weight if you are overweight can help to relieve snoring.

Losing weight also brings direct benefits to heart health because being overweight forces your heart to work harder to pump blood around your body, which can raise your blood pressure, a precursor to heart attacks.

You should also shun unhealthy lifestyle habits such as smoking and drinking too much alcohol to treat snoring, says the health site. 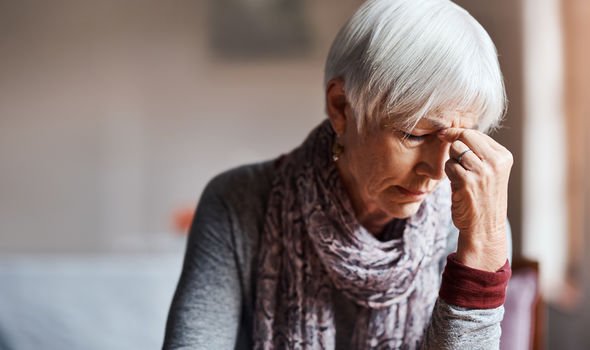 If a GP thinks you might have sleep apnoea, they may refer you to a specialist sleep clinic for tests.

Severe cases of sleep apnoea are usually treated with a device called a CPAP machine, explains the NHS.

The health site explains: “A CPAP machine gently pumps air into a mask you wear over your mouth or nose while you sleep.”

What are the common symptoms associated with a heart attack?

Common warning signs associated with a heart attack include: