And vegans beware – eating no eggs at all increases the risk of early death by nearly a third and the chances of heart disease by more than a fifth. High cholesterol in yolk had made some people wary about eating eggs. But the study has revealed that eating the correct number of eggs per week – between three and six – boosts health.

The researchers from Fuwai Hospital, Chinese Academy of Medical Sciences, looked at 102,136 people across China, with no history of heart disease, cancer or end-stage kidney disease over 17 years. They found a 22 percent higher risk of cardiovascular disease (CVD) and 29 percent higher risk of early death in those who ate less than one egg per week. However, they also found risks if people ate too many eggs – they discovered that 39 percent were at risk of heart disease and 13 percent were at risk of early death if they ate more than 10 eggs a week.

The study also suggested that the number of eggs eaten had a different effect for people with existing heart disease. 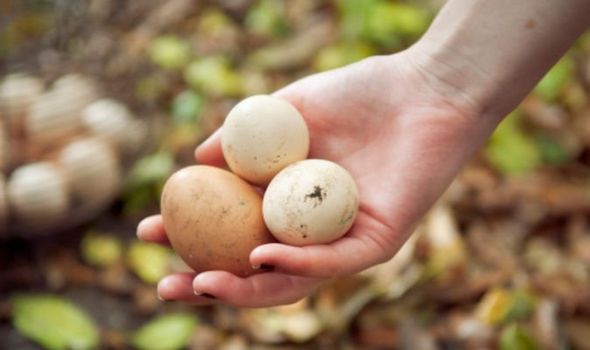 The study aims to encourage America and China not to remove limits on dietary cholesterol and also to warn the public to limit cholesterol intake.

Study author Xue Xia said: “Our findings identified that both low and high consumption were associated with increased risk of CVD and all-cause mortality, highlighting that moderate egg consumption of three to six per week should be recommended for CVD prevention. “During 777,163 person-years of follow-up, we identified 4,848 incident CVD and 5,511 deaths.”

The American Heart Association and the Chinese Preventive Medicine Association have subsequently released scientific reports. They emphasised that “dietary cholesterol should not be given a free pass to be consumed in unlimited quantities”.

The findings are published in Science China Press.