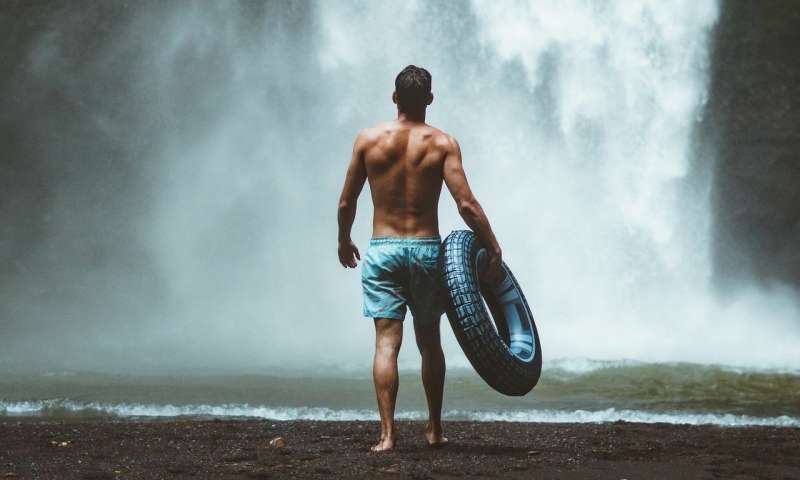 It turns out that there may be some limits to the influence of Western culture on the rest of the world, after all. A new paper in Frontiers in Psychology that examined men’s attitudes towards and behaviors around muscularity in three countries found than non-Western men were generally less hung up about their body image and pursuing a muscular physique than Western men.

“However, we did still find evidence that men in these populations are influenced by both other men around them and by the media,” said lead author Dr. Tracey Thornborrow at the University of Lincoln in the United Kingdom.

Most of the research on sociocultural influences, like media portrayals that shape male ideals and behaviors around muscularity and masculinity, have focused on so-called WEIRD (Western, Educated, Industrialized, Rich, Democratic) populations. That means many of the conclusions around the drive for muscularity and its negative behaviors, such as steroid use and unhealthy dieting, are very Western-centric.

Thornborrow and the other UK scientists on the team wanted to learn if those attitudes translated to countries with different cultural norms, so they compared a cohort of British men against Ugandan and Nicaraguan males.

The study collected and assessed a number of parameters from each group, ranging from demographics and body mass index (BMI) to feelings about media influences and peer pressure on achieving an idealized appearance to personal body goals.

Participants also ranked the perceived level of muscularity of their current body and their ideal body on the Male Adiposity and Muscularity Scale (MAMS). Designed by the Person Perception Lab at the University of Lincoln, the new scale uses two-dimensional images created from 3-D software, providing a more realistic range of body types and sizes based on measurements of real people.

The researchers also used a form of artificial intelligence to find patterns in that data that might predict which ethnic groups would be driven toward behaviors to achieve more muscle regardless of country of origin.

“We used machine learning methods because they are good at determining if sociocultural factors, such as media and ethnicity, and a drive for muscularity, make it more likely that men will actively want to change their bodies,” said co-author Tochukwu Onwuegbusi, also out of the University of Lincoln, who crunched the numbers on the study.

For example, the data from the current study suggest that being a Caucasian man in the UK or a Miskitu man in Nicaragua means that he would more likely believe that one should be muscular. Such men are more likely to engage in muscle-building activities, such as weight training or drinking protein shakes.

Motivations behind the drive toward a more muscle-bound frame can be complex, Thornborrow noted. For instance, men from certain ethnic groups in Nicaragua who reported being less concerned with physical appearance were still likely to try to increase muscle mass.

These non-media influenced motivations “could include local ideas about masculinity, and a muscular body being a visual indicator of a working man, not a lazy man,” Thornborrow explained. “In rural Nicaragua, many men will engage in physical work, such as farming, fishing, and construction, so a muscular body is associated with being a hard-working man.”

While there is growing evidence that men in Western countries are experiencing a lot of pressure to conform to stereotypical body ideals, similarly to women, the picture emerging in non-WEIRD populations is less clear. More research is needed to better understand the consequences of these other cultural attitudes and behaviors around body image.