In late September 2021, after documenting over 140 violations of the Animal Welfare Act (AWA) over a seven-month period, the U.S. Department of Agriculture (USDA) finally opened a case against Daniel Gingerich, a commercial dog breeder in Iowa who had been licensed by the USDA for the past two years.

A complaint [PDF] filed by the Department of Justice details the horrific treatment of dogs at Gingerich’s licensed operation and serves as a stark example of the cruelties of commercial dog breeding and the inability of the USDA, tasked with enforcing the Animal Welfare Act (AWA), to stop it.

Gingerich received a license from the USDA to commercially breed dogs in October 2019. The USDA attempted to inspect the facility on three occasions after the license was issued–in March, October and December of 2020, but Gingerich did not provide access to his facility.

Making facilities available for inspection is a requirement for maintaining a license. However, evading inspections did not result in any action by the USDA, which renewed Gingerich’s license for another year.

In March 2021, the USDA made a courtesy visit[1] to Gingerich’s facility. At that visit, he disclosed that in addition to buying and selling dogs he did not breed–which he was not licensed to do–he was keeping dogs at other locations that were not approved to operate. Gingerich brought the inspector to his sister’s home, where dogs were kept in the basement. She stated Gingerich “kept bringing her dogs and she was overwhelmed.”

Rather than taking action against Gingerich, the USDA added his sister’s address to his commercial breeding license, despite the fact that the inspector observed more than a dozen “non-compliances” at her house.

A full 17 months after the USDA formally inspected Gingerich’s facility, inspectors documented over 300 dogs on the property and found 16 violations of the AWA, including dogs in enclosures with wastewater draining into them, severely matted dogs and dogs in cages too small for them to sit, stand and lie down in a normal manner. Gingerich did not have records of dogs bought and sold and could not account for where some dogs were located, telling the inspector that dogs “had vanished.”

From April through August 2021, there was a clear pattern of Gingerich hiding dogs and the USDA finding those dogs and then directing Gingerich to add those facilities to his license. By August, the USDA had approved five “new sites.”

While the USDA was approving these sites allowing Gingerich to hold more dogs, they continued to document severe violations, which Gingerich failed to correct. In addition to the dangerous housing, lack of records and matted dogs, inspectors found dead and decomposing dogs on the property, dogs who appeared to be starving, dogs with untreated injuries and dogs panting in cages without relief from heat.

For eight months, thousands of dogs were being bred, bought, sold to pet stores or brokers, and auctioned by this single licensee. Dogs were sick and dying under the USDA’s watch. One Poodle puppy died right in front of an inspector’s eyes. Yet it wasn’t until September 2021 that the USDA filed an administrative action to determine whether Gingerich violated the law.

Daniel Gingerich has been described by the USDA as “continuing to place the health of numerous animals in serious danger,” but the agency apparently fails to connect how years of customer service-oriented policies have decreased compliance and diminished any authority or control over its licensees. Licensed facilities have gotten the message loud and clear–they can do almost anything without fear of losing their license. Even in this case where the USDA appears to have drawn a line, it is not enough to protect these dogs. To date, the USDA has not removed the hundreds of dogs known to still be on Gingerich’s property, and it is likely many more dogs owned by him will never be accounted for.

The USDA’s lack of enforcement–even in the face of clear violations of the law–is not limited to this licensee. The USDA observes violations of care hundreds of times every year, and has the authority to revoke licenses or issue fines when one of their facilities violates the law. But the USDA’s policy is to ignore these violations and to let them go unpunished.

Earlier this year, the ASPCA filed a lawsuit demanding that the USDA stop using misguided policies that protect licensees and its own interests. The time for change is long overdue.

If the USDA is unable or unwilling to reform its broken policies, Congress must step in to ensure humane care for vulnerable animals. But you can play a part, too–we invite you to urge Congress to include strong language to reform the USDA’s policies in the annual Agriculture Appropriations bill and join our Advocacy Brigade to use your voice to help stop puppy mill cruelty. 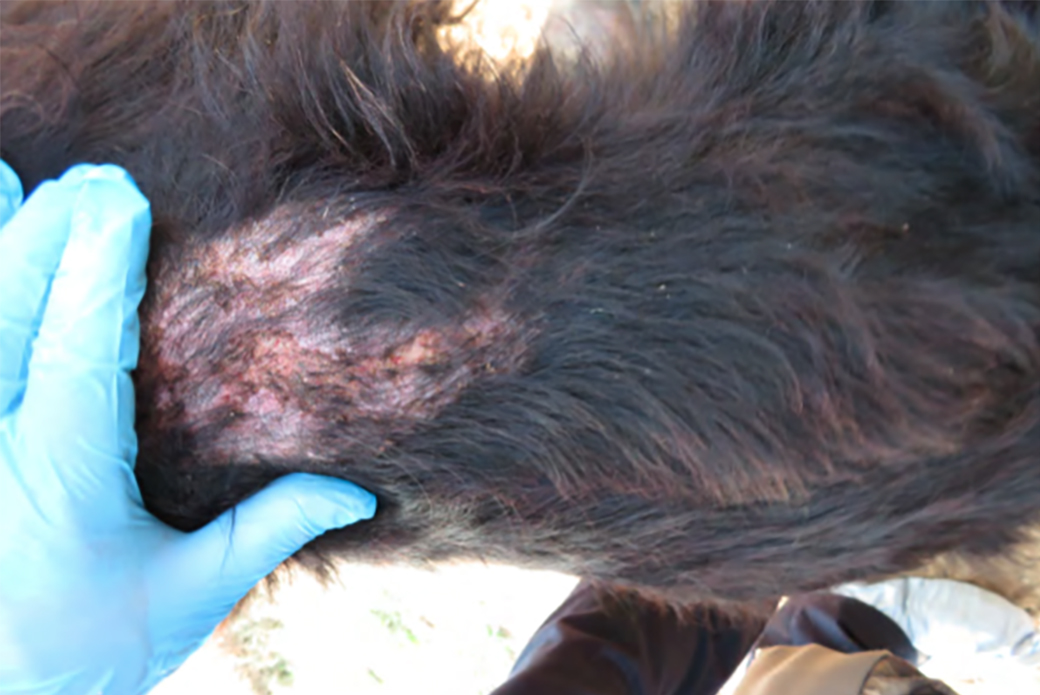 The photos featured were taken during USDA inspections of Gingerich’s facility.

[1] Courtesy Visits are meetings between USDA and facilities intended to “build relationships.” Any violations observed during a courtesy visit are not recorded on inspection reports.