In this Special Feature, we investigate the biology of fear: why it has evolved, what happens in our bodies when we are scared, and why it sometimes gets out of control. Scroll down…if you dare. 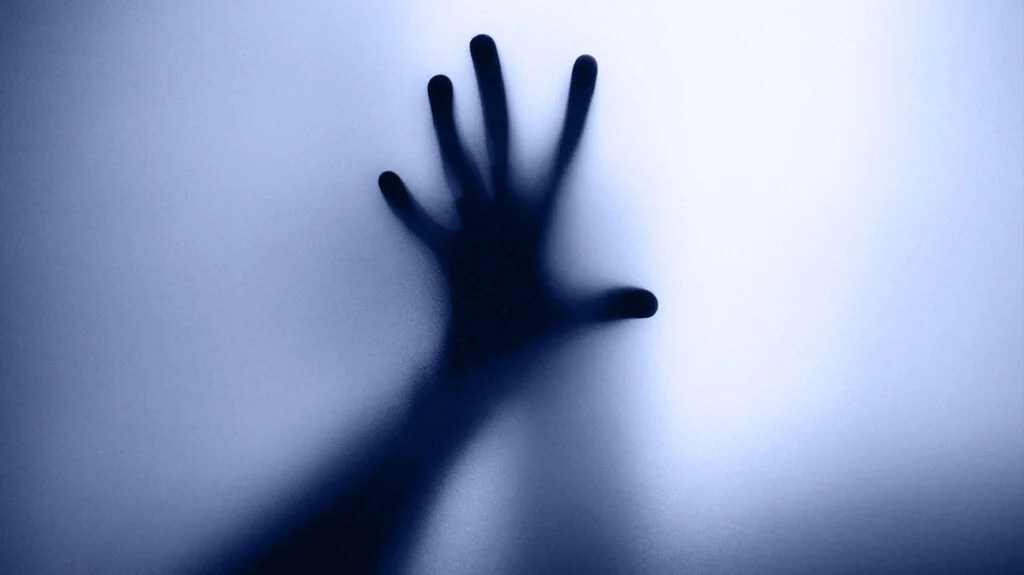 Everyone gets scared; fear is an unavoidable facet of the human experience.

People generally consider fear an unpleasant emotion, but some go out of their way to trigger it — for example, by jumping out of planes or watching scary movies.

Fear is justifiable; for instance, hearing footsteps inside your house when you know that you are the only one home is a valid reason to be terrified.

Fear can also be inappropriate. For example, we might experience a rush of terror while watching a slasher movie, even though we know that the monster is an actor in makeup and that the blood is not real.

Many individuals consider phobias to be the most inappropriate manifestation of fear. These can attach themselves to pretty much anything — spiders, clowns, paper, or carpets — and significantly impact people’s lives.

Why do we get scared?

As far as evolution is concerned, fear is ancient, and, to a certain extent, we can thank fear for our success as a species.

Any creature that does not run and hide from bigger animals or dangerous situations is likely to be removed from the gene pool before it has the chance to procreate.

In other words, it makes sense to be a little jumpy if you are an animal in a hostile environment. It is better to run and hide when your own shadow catches you by surprise than to presume that a shadow is safe, only to be eaten by a bear 5 seconds later.

What happens in the body?

People often refer to the physiological changes that occur when a person experiences fear as the fight-or-flight response. Overall, as the name suggests, the changes prepare the animal to either fight or run.

Breathing rate increases, heart rate follows suit, peripheral blood vessels — in the skin, for instance — constrict, central blood vessels around vital organs dilate to flood them with oxygen and nutrients, and muscles are pumped with blood, ready to react.

Muscles — including those at the base of each hair — also become tighter, causing piloerection, which is colloquially called goosebumps. When a human’s hair stands on end, it makes little difference to their appearance, but for more hirsute animals, it makes them seem larger and more formidable.

Metabolically, levels of glucose in the blood spike, providing a ready store of energy if the need for action arises. Similarly, levels of calcium and white blood cells in the bloodstream see an increase.

The fight-or-flight response begins in the amygdala, which is an almond-shaped bundle of neurons that forms part of the limbic system. It plays an important role in the processing of emotions, including fear.

The pituitary gland then secretes adrenocorticotropic hormone (ACTH) into the blood.

At this time, the sympathetic nervous system — a division of the nervous system responsible for the fight-or-flight response — gives the adrenal gland a nudge, encouraging it to squirt a dose of epinephrine, also known as adrenaline, and other catecholamines into the bloodstream.

The body also releases cortisol in response to ACTH, which brings about the rise in blood pressure, blood sugar, and white blood cells. Circulating cortisol turns fatty acids into energy, ready for the muscles to use, should the need arise.

These hormones can also:

Both the hippocampus — a brain region that is heavily involved in memory — and the prefrontal cortex, which aids high-level decision making, also help control the fear response.

They help us understand whether our fear response is real and justified or whether we might have overreacted somewhat.

If the hippocampus and prefrontal cortex decide that the fear response is exaggerated, they can dial it back and dampen the amygdala’s activity. This partly explains why people enjoy watching scary movies; their sensible “thinking brain” can overpower the primal parts of the brain’s automated fear response.

So, we get to experience the rush of fear before our more reasonable brain centers dampen it down.

Why do we freeze when we are scared?

The idea of our bodies preparing to fight or fly makes good sense from a survival standpoint — but how would freezing be of any use? An animal that simply stands rooted to the spot would make an easy snack for a predator, you might think.

When frightened, most animals freeze for a few moments before they decide what to do next.

Sometimes, staying motionless is the best plan; for instance, if you are a small mammal or if you are well-camouflaged, staying still could save your life.

A 2014 study identified the neurological root of the freezing response. It is generated by cross talk between the periaqueductal gray (PAG) and the cerebellum. The PAG receives various types of sensory information about threats, including from pain fibers. The cerebellum is also sent sensory information, which it uses to help coordinate movement.

The researchers found a bundle of fibers that connect one region of the cerebellum, called the pyramis, directly to the PAG. Messages that run along these paths cause an animal to freeze with fright.

The authors of the study hope that their findings might one day help design ways to treat people with anxiety disorders and phobias who can become paralyzed with fear.

The question of phobias

Medical professionals class phobias as an anxiety disorder. As mentioned earlier, phobias are often an irrational and overactive fear of something that, most often, cannot cause harm. They can attach to pretty much anything and significantly impact people’s lives.

There is no hard-and-fast reason a phobia will develop; both genes and the environment can be involved.

Sometimes, the origin can be relatively easy to understand: someone who witnesses someone falling off a bridge might later develop a phobia of bridges, for instance.

In general, however, the origin of a phobia is tricky to unravel — after all, most people who witness someone falling off a bridge do not develop a phobia of bridges, so there is more to it than simple experience.

While there are still many questions left unanswered, scientists have uncovered some of the neural events that underpin phobias.

Given our understanding of the amygdala’s involvement in the fear response, it is unsurprising that there is a link between phobias and heightened activity in this region.

One study also discovered that there was a disconnect between the amygdala and prefrontal cortex, which normally helps an individual override or minimize the fear response.

Aside from the fear felt when someone with a phobia meets their nemesis, these individuals are also in a heightened state of arousal; they always expect to see their trigger, even in situations where it is not particularly likely to appear.

Some researchers argue that this vivid, fearful expectation plays a significant part in boosting the fear response when a person does come across their phobic object.

Another study explored this phenomenon in people with arachnophobia. It found that if scientists told these individuals that they might encounter a spider, activity in their brains differed from that in control participants without a phobia.

The authors say that these brain regions are key for the regulation of emotions; they help keep us level-headed. A reduction in their activity suggests a reduced ability to keep a lid on fearful emotions.

Often, an individual with a phobia will be well aware that their response to the object that they fear is irrational. The weaker activity in these brain areas helps explain why this might be. The parts of the brain responsible for keeping a cool head and assessing the situation are muted, thereby allowing more emotional regions to play their hand.

The fear response has kept us alive. It is primal, and we should respect it. At the same time, it can be unpleasant and interfere with people’s day-to-day functioning. However, paradoxically, fear is also the source of a highly enjoyable adrenaline rush.

Fear inspires filmmakers, roller coaster designers, psychologists, neuroscientists, and everyone in between. It is a fascinating and multifaceted human emotion.