How a scratch from a bramble almost cost woman her hand: Cut from thorn led to common fungal infection… but it was only in hospital that the danger was finally spotted 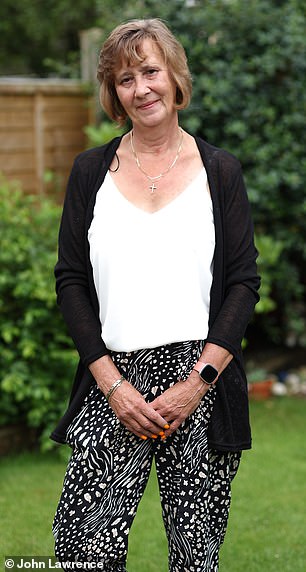 When her finger started to throb after snagging it on a blackberry bush, Jackie Jackson shrugged it off

When her finger started to throb after snagging it on a blackberry bush, Jackie Jackson shrugged it off.

Blackberry picking was one of her late-summer pastimes, so the 60-year-old swimming instructor was used to picking up the odd cut.

But this time was different. Even though Jackie could see no sign of a thorn in her right index finger, four days later it was starting to swell and really hurt.

Jackie managed with the odd painkiller, but within three weeks the finger was twice its normal size and throbbing so much that it kept her awake at night. The next finger along was starting to hurt, too.

She went to her GP three times over the next three weeks, but each time he told her to keep taking painkillers, as he couldn’t see anything physically wrong with her finger.

A month after the injury the pain was so intense that Jackie was in tears. Out of desperation, she went to A&E — a move that most likely saved her hand.

For there, Jackie was told a bramble thorn had caused a fungal infection in her hand which, without treatment, could have had devastating consequences.

‘I thought they’d send me home or say I was being daft,’ says Jackie, who lives with her husband near Marchwood in Hampshire.

‘But they took one look at my two bulging fingers and whisked me straight through. Before I knew it, I was on a drip and had been admitted. I was shocked. I’d only popped in after work. I had no bag, no overnight things. I hadn’t even told my husband I was going.’

Following blood tests and an X-ray of her hand, the next day doctors broke the news to Jackie that she needed emergency surgery ‘to save [her] finger, flush it out and prevent infection spreading’.

In fact, the fungal infection had spread into her bloodstream and to other fingers and her hand. Doctors told her that a chunk of her index finger would have to be removed, including the nail, so that the area could be cleaned to prevent deadly sepsis.

‘I was horrified,’ says Jackie. ‘I had no idea that something as innocuous as a thorn could lead to me being admitted to hospital, operated on and told I could lose my hand.’

Sepsis or blood poisoning is a potentially life-threatening condition that can lead to organ failure and death, affecting 245,000 people a year in the UK. 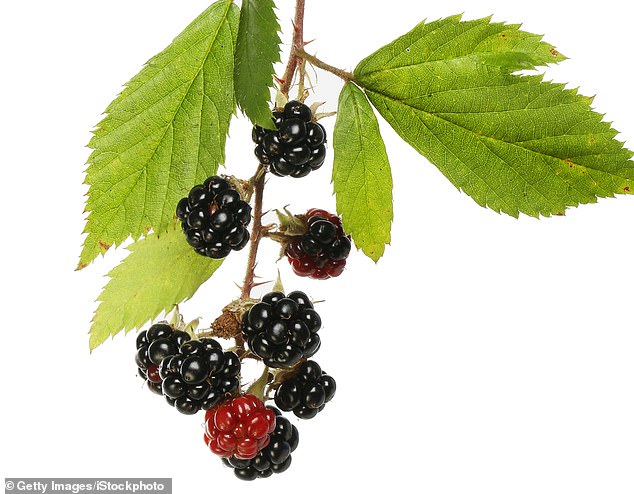 Jackie was told a bramble thorn had caused a fungal infection in her hand which, without treatment, could have had devastating consequences

Although often associated with serious infections such as pneumonia, it can develop from any kind of bacterial, viral or fungal infection, including those caused by thorn injuries.

‘The risk of infection depends on the number of cuts sustained, the depth of the punctures, the type of fungus present on the thorn, and if there is an underlying issue with the individual’s immune system [for example, if they are on immunosuppressants which reduce their immune system activity],’ says Dr Zainab Laftah, a consultant dermatologist and spokesperson for the British Skin Foundation.

‘Untreated infections have the potential to spread locally, to the deeper layers of surrounding skin, or into the bloodstream, which may result in sepsis, a life-threatening medical emergency.’

She notes that the fungus Sporothrix schenckii, typically found in soil and on rose bushes, twigs and decaying vegetation, is a particular problem.

It can get into the blood through a tiny scratch, causing sporotrichosis — also known as rose gardener’s disease. ‘This usually presents as small, painless red lumps on the skin that slowly enlarge and can form open sores. It can, in rare cases, lead to sepsis,’ says Dr Laftah.

Jackie’s was a textbook case —the sporotrichosis led to pain, warmth, redness and swelling that got worse over time — but neither she nor her GP spotted the signs.

Jackie’s case demonstrates how subtly the infection can begin. When she snagged her finger on a thorn one September day while out blackberry picking with her English springer spaniel Ossie, there wasn’t even any blood.

Yet within days the finger began to increase in size and the pain worsened. It was three weeks before she finally went to see her GP, who said it was probably a minor infection that would clear up by itself.

He advised over-the-counter pain relief and prescribed anti-inflammatories to reduce the swelling — neither of which had any effect.

‘A few days later, a red line appeared that was snaking up my hand,’ says Jackie. ‘It scared me because I knew this meant it was infected.

‘By now the pain was so bad I couldn’t sleep. It was also hot, red and pulsing constantly. I had to sleep downstairs away from my husband with my finger submerged in a bowl of cold water all night. It was agony.’

During a third visit to her GP, Jackie was prescribed stronger painkillers and antibiotics for the infection.

‘I wished I’d gone to hospital sooner,’ she says. ‘I had no idea it had got this bad.’

During the subsequent operation under a general anaesthetic, the surgeon cut 2cm of tissue from the inside of her finger, removed the nail and then flushed the area with saline to clean it, before sewing it back up.

‘When I came round my whole hand was bandaged up and in pain,’ says Jackie.

‘Laboratory tests showed it was a fungal infection caught from blackberry picking and it was so bad and spreading so far — by then it had spread to the bone in my fingers — that it could have led to sepsis if left untreated.

‘I asked the surgeon if I could have lost my finger or my hand and he nodded, saying it was possible. I was stunned.’ Sepsis occurs when the body’s immune system overreacts to an infection. Signs include slurring of speech or confusion, extreme pain in muscles or joints, passing no urine in a day, mottled, very pale or discoloured skin, severe breathlessness, and even feeling like you are going to die. Symptoms often develop quickly.

‘Most commonly sepsis is caused by bacterial infections,’ explains Dr Ron Daniels, an intensive care doctor and chief executive of the UK Sepsis Trust. ‘But in some cases, it can be caused by viruses including SARS-CoV-2 [the virus that causes Covid-19 infection] and by fungal infections.’

An estimated five per cent of sepsis cases are caused by fungal infections, which ‘equates to around 12,000 cases each year in the UK’, says Dr Daniels.

‘Anyone with an infection with worsening symptoms should call 111 and ask: “Could it be sepsis?”

‘Sepsis can occur very rapidly, taking an otherwise healthy person to the point of being critically ill within a matter of hours.

‘More normally, though, it develops over 48 to 72 hours with progressive deterioration.’

Anyone with cuts that seem to worsen — for instance, if they start to throb or a red line appears, which are both signs of infection — should ‘seek medical advice from a pharmacist, GP or dermatologist’, adds Dr Laftah. Washing the area is also advisable, she says.

Thankfully, surgery meant that Jackie avoided sepsis. She was kept in hospital for four days after surgery to monitor for any signs of lingering infection.

Unfortunately, a few weeks after being discharged she had to be readmitted for a further operation to clean the wound once again, as she had a recurring infection.

She was on antibiotics for weeks afterwards, and back and forth to consultants for two years, but was thankfully able to return to work.

Now, six years after the initial snag, her finger is still numb.

‘The nail grew back but I will never have the same sensation in my finger again because the infection and surgery damaged the nerves,’ says Jackie.

‘I had no idea something as lovely as blackberry picking could lead to such an injury. If I ever prune a bramble now, my husband makes me wear thick, heavy-duty gardening gloves.’

Little changes to your everyday routine can boost your health. This week: Laugh more

Laughing can cure some of the symptoms of stress that may affect our sleep and cause blood pressure to rise, suggests research from the University of Basel in Switzerland.

Students recorded the frequency of their laughter and stressful experiences every half hour between 8am and 9.30pm for two weeks. The researchers found that the more often the students laughed, the less stressed they felt.

As the study was based on the participants’ own reporting, the researchers were unable to monitor medical responses. However, laughter or ‘positive affect’ may reduce the negative health effects of stress through lowering raised heart rates or offering a coping mechanism for pain, they wrote in the journal PLoS One last year.

And even if you don’t find something funny yourself, hearing someone else laugh can have the same effect on stress.

In a 2018 study, researchers from Hiroshima University in Japan exposed 90 students to stressful conditions, then played them five minutes of laughter. They found that the laughter reduced their heart rate, causing a relaxing effect by triggering the parasympathetic nervous system (which activates the body’s rest response). 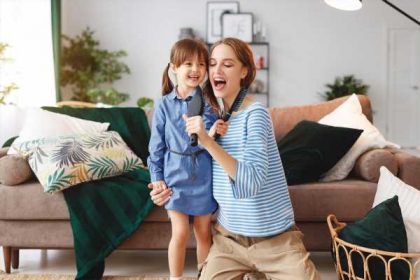