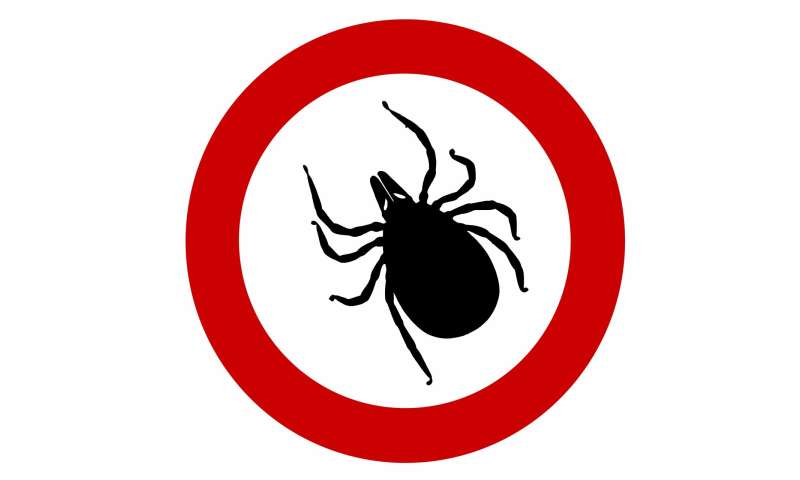 In the 1970s, an epidemic of mysterious arthritis-like symptoms began spreading among children in the lushly wooded area around Lyme, Connecticut. Scientists traced the cause to tick bites and named it Lyme disease, but why it had suddenly appeared there was a mystery.

Similar symptoms had been documented on Long Island, New York, years before. Doctors there called it “Montauk spider bite” or “Montauk knee.” It would take until 1990 before scientists found museum specimens of ticks from Long Island and were able to connect the same tick-borne bacteria to both locations and suggest how Lyme disease might have started its modern spread.

As a researcher who studies how disease travels based on geography, I have been following Lyme disease’s spread for nearly four decades. Over that time, Lyme disease cases increased from a few hundred reported in 1982 to more than 33,000 in 2018. The U.S. Centers for Disease Control and Prevention estimates the actual number of Lyme disease cases is about 10 times greater than those reported. For people infected, the symptoms can be debilitating, including fever, fatigue and muscle and joint pain that can last for months or years after treatment, and in some cases cause neurological disorders and heart infections.

Warm weather is arriving and people are beginning to seek outside respite from COVID-19 stay-at-home orders. This is the same time that ticks are beginning to search for their next meal, and the risk of getting Lyme disease rises. Its spread to new areas involves a complex interplay among animals that may aid in helping scientists slow its continuing advance.

No forests, no deer, no Lyme

Lyme disease has existed in North America and Europe for a long time and must have affected American Indians and early colonists. But only recently has it become epidemic.

One reason Lyme disease may have remained obscure in the United States for so long before beginning to spread in the late 20th century had to do with the extensive deforestation to create farmland that began after colonists arrived in North America. With the loss of forests, deer disappeared from most of the Northeast. The only known populations in the Northeast were in the Adirondacks and on Long Island. Without deer, deer ticks, also known as black-legged ticks, were rare, and the bacterium that causes Lyme disease was contained in isolated tick populations, primarily in northern Wisconsin and on Long Island.

That changed when deer were reintroduced for hunting in the Northeast during the early 1900s and began to repopulate new forests.

By the 1970s, when children in Lyme began getting ill, deer ticks could be found on mice and deer in the area, but they were almost exclusively on the east side of the Connecticut River, which runs from Canada to Long Island Sound.

It was an important clue. Most of the illnesses were on the same side of the river. Scientists began to speculate that the river could be a barrier to Lyme disease’s spread and ticks could be the disease’s carriers. Scientists also noticed that there were no deer ticks on islands that were still without deer. They narrowed in on white-tailed deer as the primary reason for the appearance of the ticks and Lyme disease. Suburbanization, which restricts hunting and provides ornamental plants for deer food, was encouraging deer overpopulation and, with it, the spread of the disease.

Scientists in the early 1980s identified the cause of Lyme disease as a previously unrecognized bacterium, Borrelia burgdorferi, carried by deer ticks and transmitted to humans through their bite.

Today, the deer tick has spread north to Maine and Ontario, Canada, south to Virginia, and as far west as Ohio. Another once-isolated population of ticks in northern Wisconsin has also spread northward into Canada and south to Illinois and Indiana, west as far as Nebraska and east to Michigan.

Continued reforestation and increased deer distribution in Midwestern states will most likely restore the pre-colonial habitat of deer, ticks and Lyme disease.

A complex path to humans

Ironically, the deer that helped the tick population grow and spread do not become infected with the Lyme disease bacterium and cannot cause infection in ticks. But, birds and small mammals, particularly the abundant white-footed mouse, can carry the bacteria and infect immature ticks that feed on them. Infected larvae turn into infected nymphs, the source of infection for larger animals and humans.

Adult ticks hitchhike a ride on the deer, where they mate and feed on the deer’s blood. When they are done, the female then drops off into the leaf litter where deer travel and lays her eggs. Each deer can support hundreds of ticks, and each female tick lays about 2,000 eggs.

Once new tick populations are established by deer that carry them into new areas, infected ticks cause infection in mice, birds and other small mammals. New populations of deer ticks rapidly become infected with the Lyme disease bacterium as soon as they are established.

The rate of Lyme disease spread has been slow compared to mosquito-borne West Nile virus, yet the current epidemic of Lyme disease is steadily increasing. It is estimated to be spreading 30 kilometers per year.

There has been little effort to try to limit the geographic spread of infected ticks. Most control efforts have been focused on managing tick populations where they are already established. Efforts have so far have included areainsecticide application, bait stations to treat mice or deer with insecticide and vaccinating mice against the bacterium. All of these methods have had limited success in reducing Lyme disease risk, but none have been employed to limit spread.

From an ecology perspective, the question is not why there are so many ticks, but why are there aren’t more. At least 90% of each tick stage disappears over a single generation and we do not understand what happens to them. How many starve to death before finding a host? How many find hosts, but get removed by grooming before they can feed? How many are eaten by other animals or die from parasites? How does weather affect mortality?