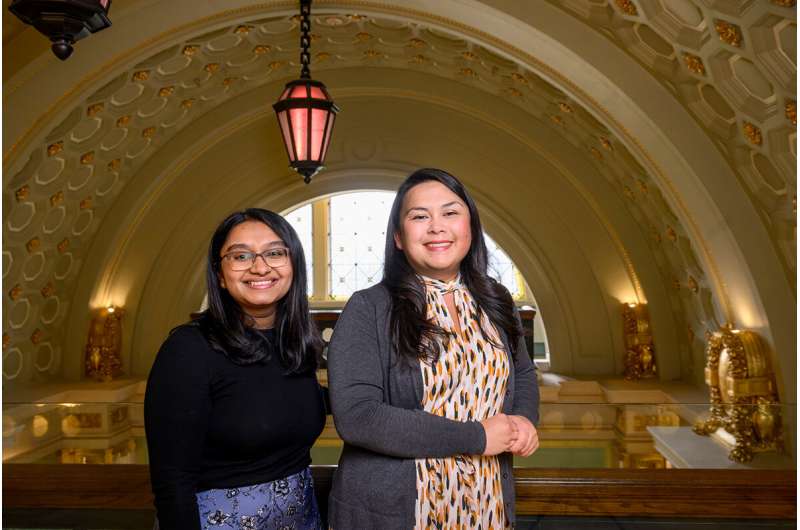 For some women who experience serious and chronic physical or mental health conditions, one of their most daunting challenges is obtaining the belief and validation of health care providers, family members and friends, researchers found in a recent study.

Those in the study described prolonged struggles to obtain emotional support, diagnosis and treatment for a variety of serious, often-painful health conditions—including cancer, endometriosis, multiple sclerosis and Crohn’s disease, as well as mental illnesses such as depression and anxiety that were exacerbated by others’ negative reactions, said Charee Thompson, the first author of the study and a professor of communication at the University of Illinois Urbana-Champaign.

“Most women we talked to had lived with their health issues and pain for years,” said Thompson. She and her co-authors—U. of I. graduate students Sara Babu and Shana Makos—interviewed 36 women from across the U.S. about their experiences with providers not taking their health concerns seriously and regarding the mental and physical toll it took.

“Most of them were in their 20s, 30s or older, and oftentimes their mental or reproductive health issues started when they were adolescents. We’re talking decades of neglect or undertreatment,” Thompson said. “One thing that was surprising and frankly heartbreaking was the personal rejection and sometimes the abuse that women experienced because of their health problems.”

Although the study population of 36 was small, the researchers said the women’s experiences reflect a form of implicit bias, discrimination and disempowerment that women have faced for centuries.

The team called these negative responses to participants’ health disclosures “communicative disenfranchisement”—a process that denies individuals’ knowledge of their health and bodies, and treats their symptoms, experiences and intersecting identities such as race and sexual orientation as nonexistent, imaginary or worthless.

Also known as medical gaslighting, communicative disenfranchisement “is an isolating, painful and humiliating experience that is sustained by talk from physicians and others that’s often intertwined with economic factors such as insurance status and transportation,” Thompson said.

University of Connecticut communication professor Elizabeth Hintz developed the theory of communicative disenfranchisement while studying the experiences of patients with multiple pain syndromes.

Ranging in age from 21-70, the majority of the participants in the current study were white. Six of the women were Black and the remaining three were Filipina, Hispanic or Middle Eastern. However, eight of the participants said they were multiracial.

When these women’s concerns were invalidated by their health care providers, they attributed their clinicians’ discrediting them to their race and economic or insurance status, according to the study.

Those whose mental health or reproductive health problems began during childhood or adolescence said their parents’ skepticism about their health problems, their family’s conservative values or lack of economic resources prevented them from obtaining the health care they needed until they became adults or entered college.

Study participants recounted experiences with clinicians who shamed or scolded them for their physical and mental health issues, made humiliating remarks about their bodies and weight, and attributed their health issues to “poor self-management and a personal failure to be doctorable—to present problems in ways that are worthy of medical care and attention,” the team wrote.

Many patients’ stories resembled “chaos narratives” where their well-being was negatively affected rather than improved by their interactions with providers. Each patient in the study told the team she saw several physicians before locating someone who listened to her concerns, engaged in mutual decision-making and helped her search for answers.

“Reeling from dismissal, women often disengaged from health care while simultaneously questioning themselves and trying to self-manage their symptoms,” the researchers wrote. “Isolated, women wondered if their symptoms were real, worthy of attention and care, and whether receiving this kind of treatment from providers was normal.”

Feeling dehumanized and traumatized, these patients grieved for the years and life experiences such as motherhood and careers lost to poor health, the team found. However, as they developed confidence in their self-knowledge and found their voices, many women were motivated by these injustices to advocate for others in their families or their community.

“I really admired these women for their strength and resilience,” Thompson said.

During the 18th and 19th centuries, women’s health complaints were often diagnosed as “hysteria”—a controversial mental health disorder and catchall diagnosis that physicians attributed to females’ supposed fragile, highly emotional nature, according to various researchers who explored the topic.

While hysteria was removed from the American Psychiatric Association’s Diagnostic and Statistical Manual for Mental Disorders in 1980, Thompson said “we now have coded, gendered language such as psychosomatic and somatoform disorders—where emotional distress triggers physical issues—that’s used when there’s no medical explanation for patients’ symptoms.”

Mitigating these biases requires that providers have cultural knowledge—including an understanding of patients’ intersectional gender and sexual identities as well as race—along with an awareness of their values and beliefs, Thompson said.