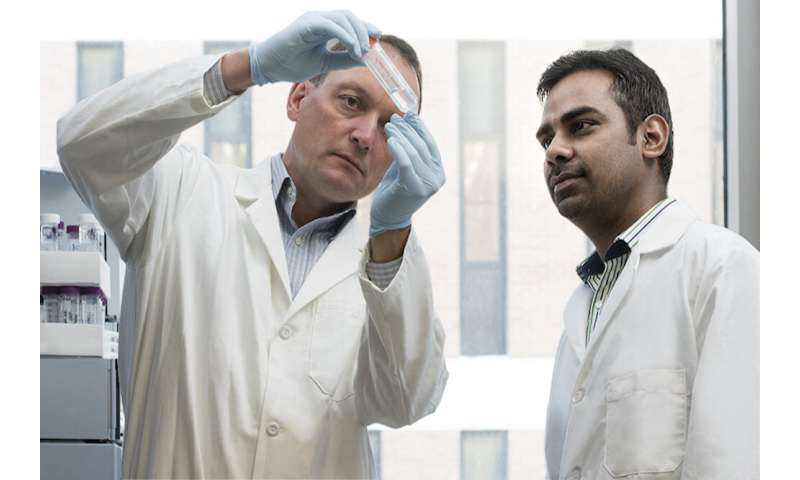 Due to the spread of antibiotic-resistant strains of Neisseria gonorrhoeae, existing treatments for gonorrhea, the sexually transmitted infection caused by the bacterium, are no longer effective. In the absence of a vaccine, there is an urgent need to develop novel treatment options.

“It’s becoming much more difficult to treat gonorrhea infections as a result of antibiotic resistance,” said Christopher Davies, Ph.D., a professor in the Department of Biochemistry and Molecular Biology at the Medical University of South Carolina. “Antibiotics that used to work against the bug are no longer effective.”

Davies and his team report surprising findings about antibiotic resistance in the May 22, 2020 issue of the Journal of Biological Chemistry, showing that mutations in an essential protein responsible for resistance affect the binding of the antibiotic to the microbe. Rather than directly blocking binding of the antibiotic, the mutations prevent movements in the protein that help form the binding site for the antibiotic. The findings could offer a strategy for developing new treatments that overpower antibiotic resistance. Avinash Singh, Ph.D., a postdoctoral fellow in the Davies laboratory, is lead author of the article.

Overpowering that resistance will require more than a genetic understanding of how resistance arises.

“We need to understand what that resistance means at the molecular level,” said Davies. “Only then can we address antimicrobial resistance by designing new antimicrobials to replace those that are no longer effective.”

In recent years, cephalosporins have been the main drugs used to treat gonorrhea. Like penicillin, they target essential bacterial proteins, called penicillin-binding proteins (PBPs), that are responsible for the construction of cell walls. Bacteria need their cell walls to maintain cell shape and integrity. When a PBP is inhibited by a cephalosporin, the bacterial wall develops holes, resulting in the death of the microbe.

Gonorrhea can become resistant to cephalosporins when the PBP drug target mutates. Davies’ group looked at the effect of those mutations on the structure of a PBP called PBP2 from a cephalosporin-resistant strain of gonorrhea.

The researchers compared the molecular structure of PBP2 in the antibiotic-resistant strain to that of an antibiotic-susceptible strain.

To their surprise, they found that the mutations prevented changes in the shape of PBP2 that are necessary for the antibiotic to bind to the protein.

Typically, mutations that confer antibiotic resistance occur in the so-called active site of proteins and block binding. But in PBP2, several of the mutations are quite a distance away. These distant mutations seem to be restricting shape changes in PBP2 that normally allow the antibiotic to interact with the protein and kill the microbe.

Once scientists understand the molecular mechanisms behind antibiotic resistance, they will be able to create new generations of antibiotics designed to avoid or overpower these mechanisms.