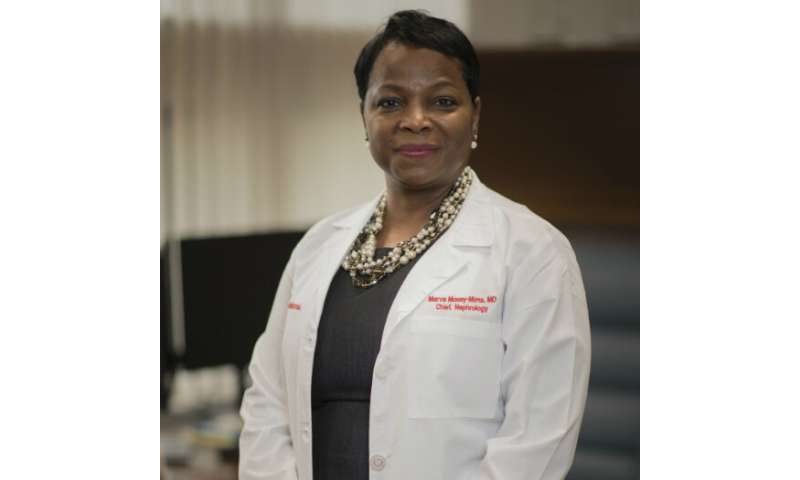 Adolescents with Type 2 diabetes experienced more hyperfiltration and earlier attenuation of their elevated urine albumin-to-creatinine ratio (UACR) after gastric bypass surgery compared with adults. This finding contrasts with adolescents or adults who did not have diabetes prior to surgery, according to research presented Nov. 8, 2019, during the American Society of Nephrology’s Kidney Week 2019, the world’s largest gathering of kidney researchers.

“Findings from this work support a recent policy statement by the American Academy of Pediatrics (AAP) that advocates for increasing severely obese youths’ access to bariatric surgery,” says Marva Moxey-Mims, M.D., Chief of the Division of Nephrology at Children’s National Hospital and a study co-author. “We know that bariatric surgery improves markers of kidney health in severely obese adults and adolescents. This research helps to elucidate possible differences in kidney disease outcomes between children and adults post-surgery.”

According to the AAP, the prevalence of severe obesity in youth aged 12 to 19 has nearly doubled since 1999. Now, 4.5 million U.S. children are affected by severe obesity, defined as having a body mass index >35 or >120% of the 95th percentile for age and sex.

In a Roux-en-Y gastric bypass, the surgeon staples the stomach to make it smaller, so people eat less. Then, they attach the lower part of the small intestine in a way that bypasses most of the stomach so the body takes in fewer calories.

The multi-institutional study team examined the health effects of such gastric bypass surgeries by comparing 161 adolescents with 396 adults enrolled in related studies. They compared their estimated glomerular filtration rates by serum creatinine and cystatin C. UACR was also compared at various time periods, up till five years after surgery.

Across the board, adolescents had higher UACR—a key marker for chronic kidney disease—than adults. However, for kids who had Type 2 diabetes prior to surgery, the prevalence of elevated UACR levels dip from 29% pre-surgery to 6% one year post-surgery. By contrast, adults who had diabetes prior to surgery and elevated UACR did not see a significant reduction in UACR until five years post-surgery.