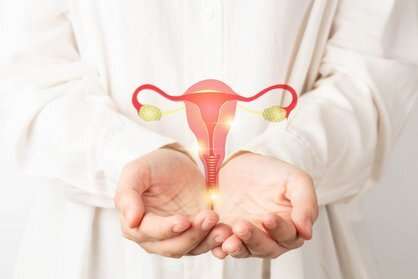 Cervical cancer is the cancer with the fourth highest mortality rate among women worldwide. Locally advanced cervical cancer (LACC) is treated with a combination of external and internal radiotherapy (brachytherapy) and chemotherapy. For the first time, a study conducted by a research group at the Comprehensive Cancer Center Vienna of MedUni Vienna and Vienna General Hospital using data from the multicentre EMBRACE-I trial demonstrated the superiority of a targeted approach in brachytherapy. The results have just been published online in the Journal of Clinical Oncology and are the basis for customized treatment for patients.

Brachytherapy is a special radiotherapy/radiation oncology procedure in which a so-called applicator is inserted directly into or in the immediate vicinity of the tumor as part of a minimally invasive procedure, and the tumor is then irradiated internally by computerized remote control.

The Embrace-I study, initiated and managed at the Department of Radiation Oncology at MedUni Vienna and Vienna General Hospital at the Comprehensive Cancer Center Vienna, personalizes brachytherapy for cervical cancer as part of an international consortium with 24 centers in Europe, Asia and North America. Instead of the “classic” brachytherapy for cervical cancer—the same dose for everyone, regardless of the individual tumor spread—the basis for an innovative personalized treatment concept was defined.

“This analysis showed that the precise adaptation of the dose according to the tumor volume defined by magnetic resonance imaging is relevant for tumor control. Hypothetical assumptions could thus be clinically confirmed in an international group of more than 1,300 patients,” describe the study leaders Maximilian Schmid and Christian Kirisits from the Department of Radiation Oncology.

On this basis, the study now being published was able to identify risk factors from the data from the Embrace-I study and correlate them with the dose. “This is the first time we have seen that different brachytherapy doses are required for individual parameters such as different histologies or different tumor sizes,” explained study leader Maximilian Schmid.

In a planned follow-up study, a risk-adapted customized treatment is now being investigated, where a lower dose is administered in a low-risk situation and is thus presumably safer, while a higher dose is administered in a high-risk situation in order to achieve reliable long-term tumor clearance. “In the future, the new findings will allow us to offer patients customized targeted therapy,” said Schmid.

‘Watch & wait’ instead of surgery

This study revealed another significant result for patients. In addition to the 98% complete remission rate and the high local tumor control rate of the uterus—92% after 5 years—as major findings of the Embrace-I study, 81 (out of 1,318) patients still had residual tumor 3 months after the therapy ended. In three quarters (60) of these 81 patients, the tumor disappeared after another 3 to 6 months without further therapy. Only in 21 patients did the tumor require further treatment after this period.

“Previously, it was common to perform surgery after three months at the latest if tumor remained. Obviously, this is not necessary in a large proportion of patients. We can conclude from this study that a tumor that is still visible 3 months after the end of therapy can also only be observed by means of gynecological examination and magnetic resonance imaging if it has already shrunk,” the study leaders concluded. The long-term outcome was also identical to the group that was previously tumor-free. The patients would thus be spared major surgery.