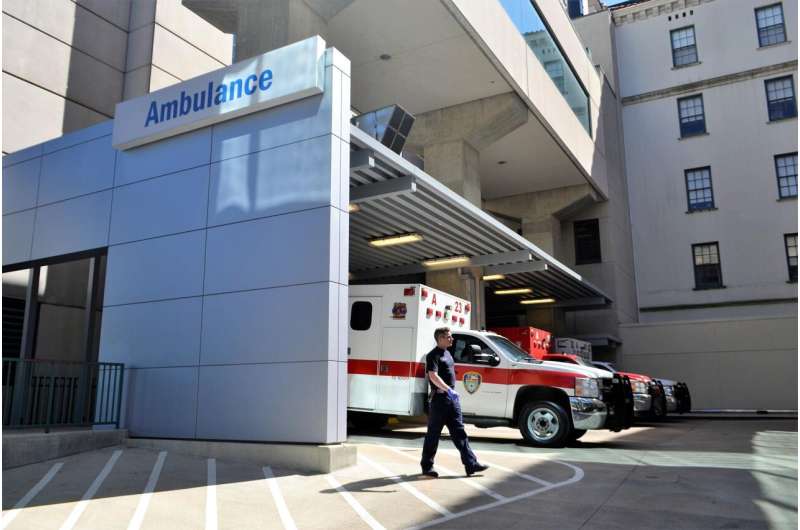 Hospitalizations that occur in the antenatal period—or during pregnancy, but before giving birth—and those that occur in the postpartum period, made up over half of in-hospital maternal deaths between 2017–2019, a new study reveals.

The findings, published in JAMA Network Open, estimated rates of in-hospital maternal deaths from the National Inpatient Sample from the years 1994 to 2015 and from 2017 to 2019 among antenatal, childbirth, and postpartum hospitalizations in the United States.

“Maternal mortality rates are high in the United States, higher than as seen in all other industrialized countries,” said lead author Lindsay Admon, M.D., MSc, an assistant professor of obstetrics and gynecology at the University of Michigan Medical School and obstetrician-gynecologist at University of Michigan Von Voigtlander Women’s Hospital.

“Maternal mortality continues to increase in the U.S, and we wanted to understand trends in hospital-based deaths: Are they happening during pregnancy, at birth, or postpartum? Has this changed over time? Basically, we wanted to generate data that could help design clinical and policy interventions for preventing the most adverse of all obstetric outcomes in the hospital setting, maternal death.”

In looking at the most recent data from 2017 to 2019, the research team found that hospitalizations for childbirth accounted for nearly 90% of hospitalizations occurring during pregnancy through a few weeks after childbirth—but for only half of in-hospital maternal deaths.

In contrast, antenatal and postpartum hospitalizations accounted for less than 10% of all hospitalizations occurring during pregnancy through a few weeks after childbirth, but half of the in-hospital maternal deaths identified.

“It’s important to note that it appears progress has been made in lowering the rate of maternal death at the time of childbirth,” said Admon. “At the same time, we know that maternal mortality continues to increase in the U.S. To further lower rates of maternal death occurring in the hospital, we need to focus not only on the time of delivery but also examine risks and complications occurring during antenatal and postpartum hospitalizations as well.”

Perinatal Quality Collaboratives and resources such as patient safety bundles provided by The Alliance for Innovation on Maternal Health have been implemented in hospitals across the U.S. to reduce preventable maternal mortality, and research has shown that in many cases this has improved rates of maternal morbidity and mortality at the time of childbirth.

With this new study, Admon says there needs to be a renewed focus on examining the causes of in-hospital maternal death during pregnancy periods other than delivery.

“We’re ready to dig into this work further and determine the main drivers of maternal deaths occurring during antenatal and postpartum hospitalizations and whether these differ from those influencing delivery-related outcomes,” she explained.