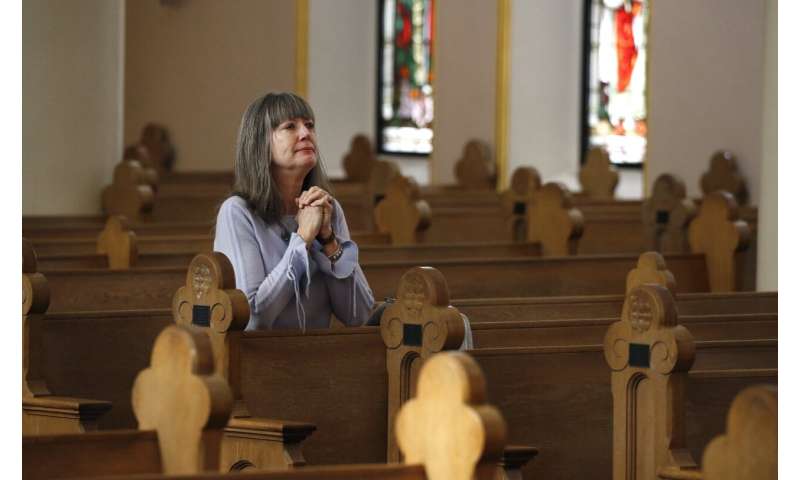 New York City’s mayor prepared Monday to order his city behind closed doors in an attempt to slow a pandemic that has swept across the globe and threatened to make the city of 8.5 million one of the world’s biggest coronavirus hot spots. Officials worldwide warned of a critical shortage of medical supplies.

Mayor Bill de Blasio also called for getting everything from masks to gowns, as well as doctors and other medical workers to New York City, and asked President Donald Trump to have the U.S. military take over the logistics of making and distributing medical supplies.

“I can’t be blunt enough. If the president doesn’t act, people will die who could have lived otherwise,” de Blasio told NBC’s “Meet The Press.”

The top infectious disease expert in the U.S. promised New York City and the other hardest-hit places that critical supplies will not run out.

The medical supplies are about to start pouring in and will be “clearly directed to those hot spots that need it most,” Dr. Anthony Fauci, director of the National Institute of Allergy and Infectious Diseases, said on CBS’ “Face The Nation.”

But Fauci and other emergency officials did not give hard figures on the number of masks or anything else on their way. New York Gov. Andrew Cuomo urged federal officials to step in quickly as hard-hit states outbid each other for ever scarcer supplies, sometimes doubling or tripling prices. 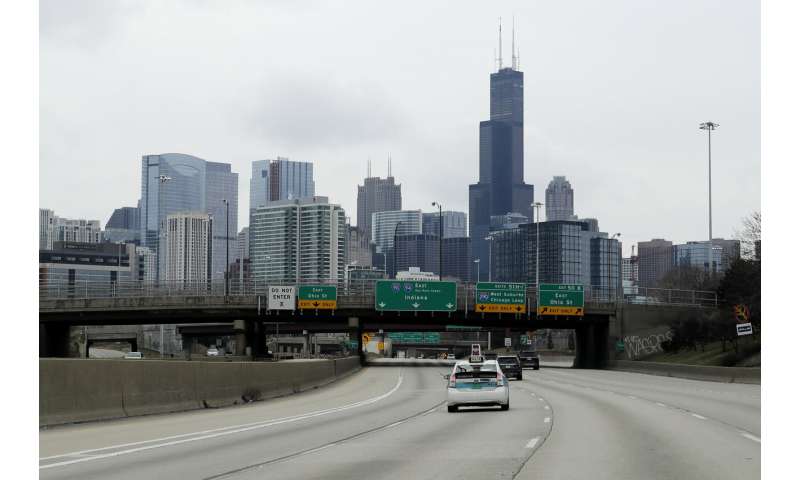 In Washington, negotiators from Congress and the White House resumed top-level talks on a $1.4 trillion economic rescue package, urged by President Donald Trump to strike a deal to steady a nation upended by the coronavirus pandemic. Trump appeared confident about the nation’s ability to defeat the pandemic soon even as health leaders acknowledged that the U.S. was nowhere near the peak of the outbreak.

Worldwide, more than 316,000 people have been infected and nearly 13,600 have died, according to Johns Hopkins University. About 150 countries now have confirmed cases, and deaths have been reported in more than 30 American states.

There were more than 27,000 cases across the U.S. and 381 deaths. New York state accounted for 114 deaths, mostly in New York City, where there were more than 4,400 infections, but officials warned the concentration may be more because of increased testing. 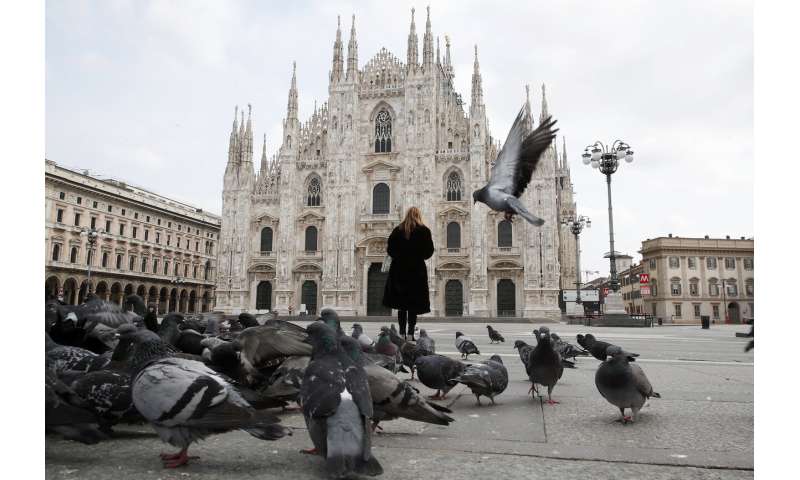 On Sunday, New York passed Washington state, the initial epicenter of the U.S. outbreak, in the number of fatal cases. Only China, Italy and Spain have reported more COVID-19 cases than the U.S.

Cuomo spent Saturday scouting places to build makeshift hospitals and told existing hospitals to figure out ways to increase their current beds by at least 50% because predictions from health officials are COVID-19 cases needing advanced medical care will top 100,000 in New York state in the next month or so, which is more than double the current number.

New York City hospitals were already discharging thousands of patients to create additional capacity for patients like 44-year-old David Lat, on a ventilator as he fought the virus.

Lat, a writer, former federal prosecutor and two-time New York City marathon runner, told his Twitter followers last week that it had taken him 90 minutes to eat his lunch because he kept getting winded, the fork wobbling each time he lifted it to his mouth. 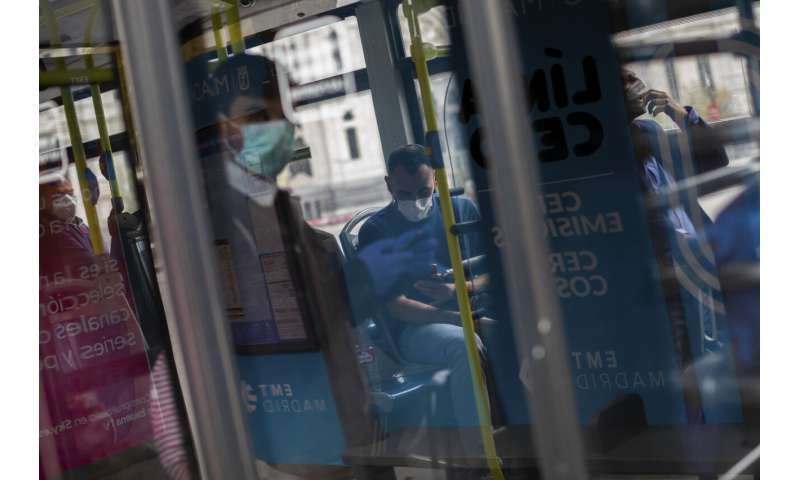 “For the most part he’s just an incredibly fit, healthy individual,” Lat’s husband, Zachary Baron Shemtob, told The Associated Press. “It shows how serious this virus is.”

De Blasio called on New York City to shut down at 5 p.m. Sunday except for essential services and workers.

But with the danger an invisible virus instead of billowing smoke or blowing snow, New Yorkers were still gathering in large groups in parks, playing basketball or having block parties. Similar scenes played out around the country.

Cuomo said he was stunned and offended as he toured the city Saturday and gave local officials a day to figure out a plan, whether it be closing parks, closing playgrounds or opening streets, typically teeming with traffic but now quiet, only to pedestrians. 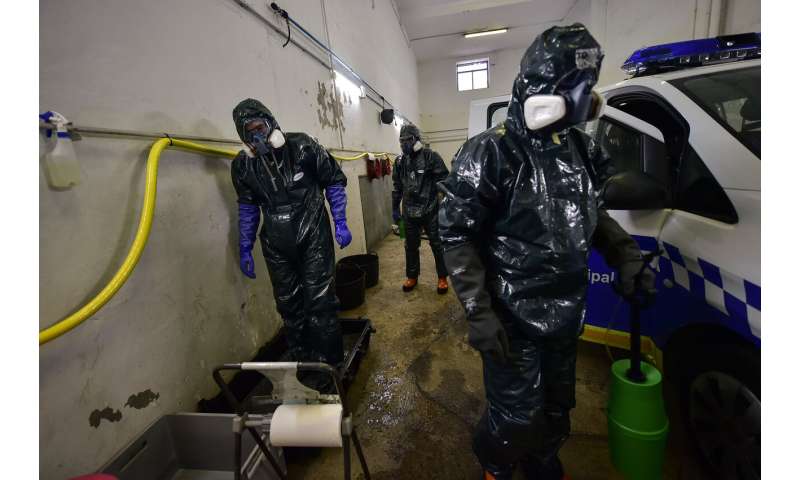 Along with the staggering numbers, there were individual reminders Sunday of the reach of the virus. Republican Rand Paul of Kentucky became the first U.S. senator to announce he was infected. Opera superstar Plácido Domingo announced he has COVID-19 and German Chancellor Angela Merkel put herself into quarantine after a doctor who gave her a vaccine tested positive.

Elsewhere in the world, the coronavirus raged on. Italy and Iran reported soaring new death tolls.

Italian Premier Giuseppe Conte went on live TV to announce that he was tightening the country’s lockdown. Italy now has more than 59,000 cases and 5,476 deaths.

”We are facing the most serious crisis that the country has experienced since World War II,” Conte said.

Still, the head of Italy’s Civil Protection Agency, Angelo Borrelli, noted that the increases had narrowed from recent days, adding ”we hope that this trend can be confirmed in the coming days. We should not lower our guard.” 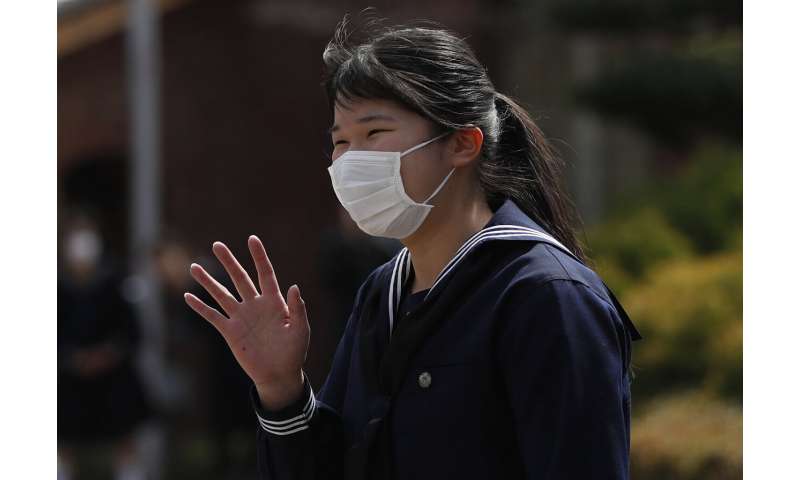 Iran’s supreme leader refused U.S. assistance to fight the virus, citing an unfounded conspiracy theory that it could be made by America. Ayatollah Ali Khamenei’s comments came as Iran faces crushing U.S. sanctions over its nuclear actions. Iran says it has 1,685 deaths and 21,638 confirmed cases of the virus—a toll that experts from the World Health Organization say is almost certainly under-reported.

For most people, the new coronavirus causes only mild or moderate symptoms, such as fever or coughing. For some, especially older adults and people with existing health problems, it can cause more severe illness, including pneumonia. Some 93,800 people have recovered, mostly in China. 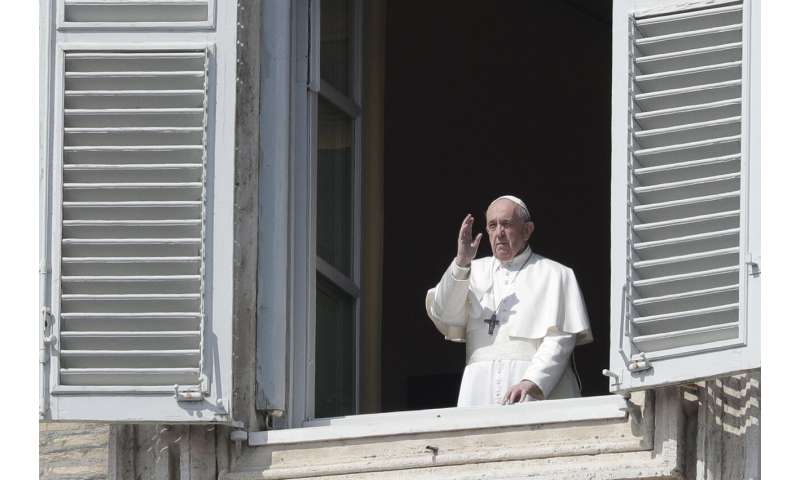 “Earthquakes are dangerous, but coronavirus is even more so,” Beros said. Seventeen injuries but no deaths were reported.

In the rest of the United States, parts of the country found themselves moving toward the kind of problems seen in New York.

There was a unified message to stay away from large gatherings. Louisiana on Sunday joined New York, California and Illinois with statewide stay-at-home orders. Officials in other places called them different things—social distancing, sheltering in place, or in the case of Nashville, Tennessee, a “safer at home” order.

“We’re all in quarantine now. Think about it,” Cuomo said.

Enforcement of any of these orders is still up in the air. Most locations simply broke up large gatherings and sent people home because one of the last things health officials wanted was putting more people in confined spaces like jails. Many governments were releasing some non-violent inmates. 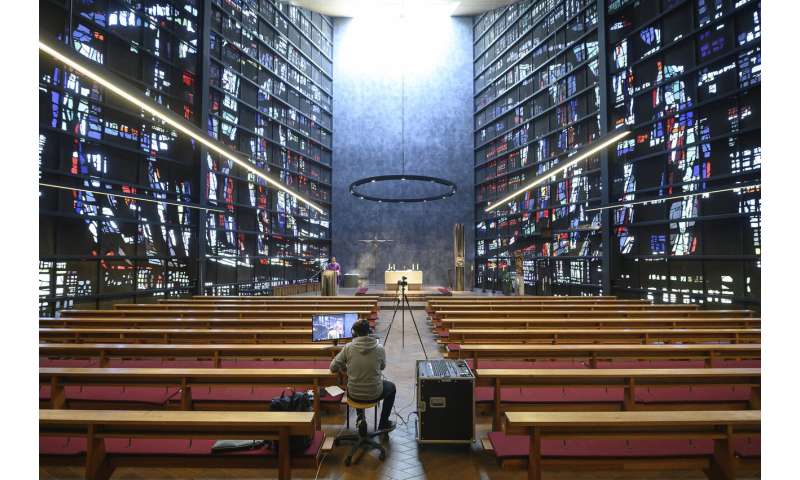 Nearly 40 inmates had been diagnosed as of Saturday with COVID-19 in the New York prison system including the notorious Rikers Island complex and officials warned a huge jump in cases was likely coming.

The world kept shutting down too. The long-haul airline Emirates—a major East-West carrier—said it will suspend all passenger flights beginning Wednesday. Singapore said it will fully shut its borders beginning Tuesday.

Sunday was Mother’s Day in Britain and the government had a stark message for millions: Visiting your mother could kill her. Instead of parties, lunch or tea, Prime Minister Boris Johnson implored Britons to call Mom on a video chat.

Doctors in Britain made urgent pleas for more protective equipment as the number of coronavirus patients in U.K. hospitals soared to more than 5,000. Almost 4,000 medical workers signed a letter to the Sunday Times saying front-line staff felt like “cannon fodder.” They warned that medics would die if they did not receive better equipment. 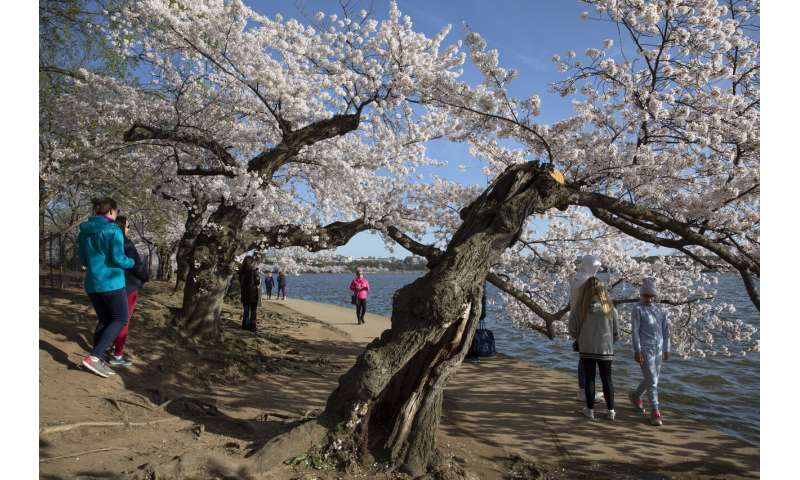 In Spain, Europe’s hardest-hit country after Italy, intensive care units in some areas were close to their limits even before Sunday’s new tally of more than 28,500 infections and 1,750 deaths. A field hospital with 5,500 beds was going up in a convention center in Madrid and health officials warned more than 10% of the country’s health workers were now infected with coronavirus.

But there were some signs of hope. The Chinese city of Wuhan—where the global pandemic was first detected and the first city to be locked down—went a fourth consecutive day on Sunday without reporting any new or suspected cases.

Parks and other public gathering places were reopening in China as people return to work and businesses resumed. However, the country has placed increasing restrictions on those coming from overseas. 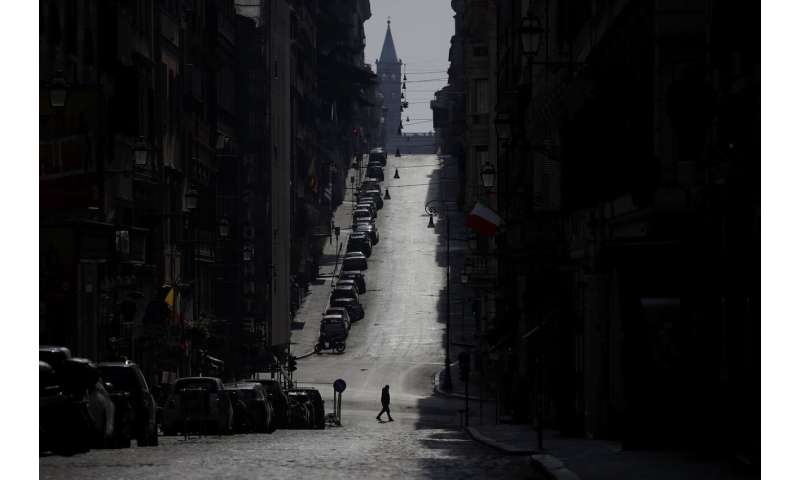 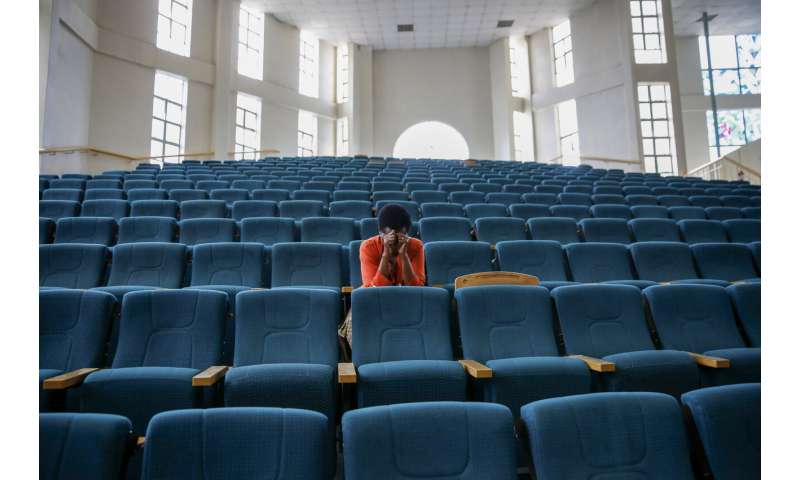 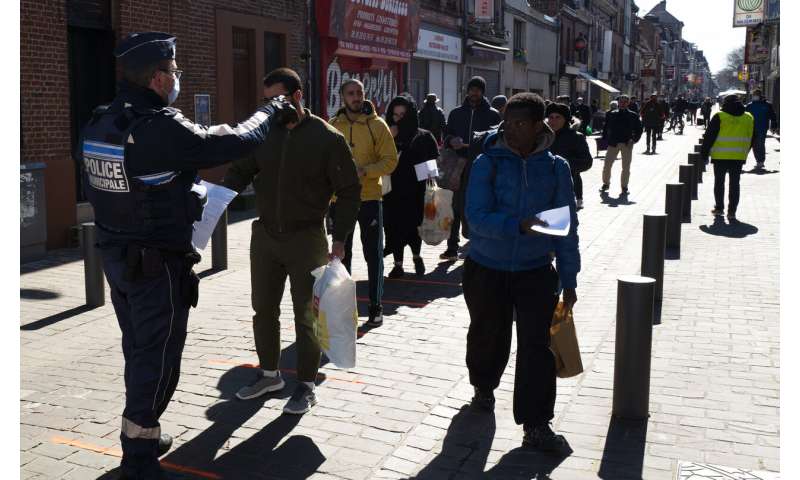 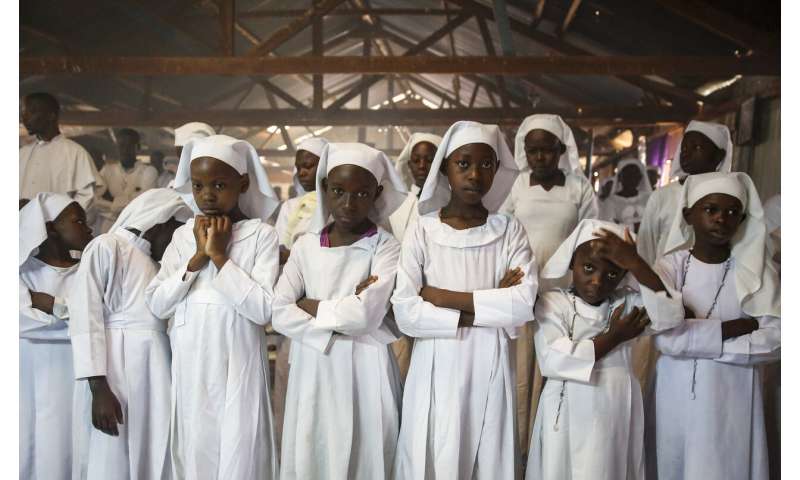 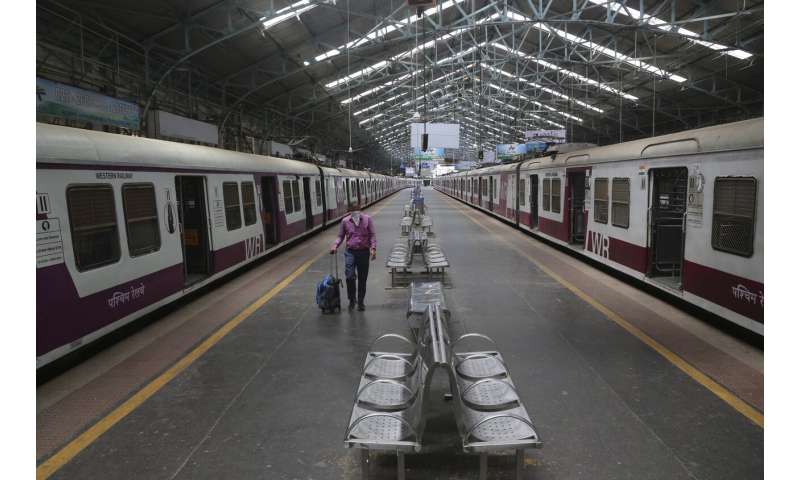 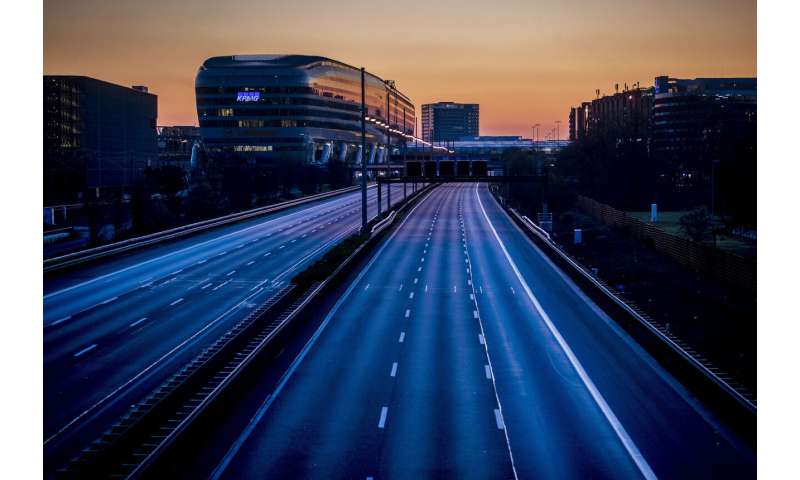 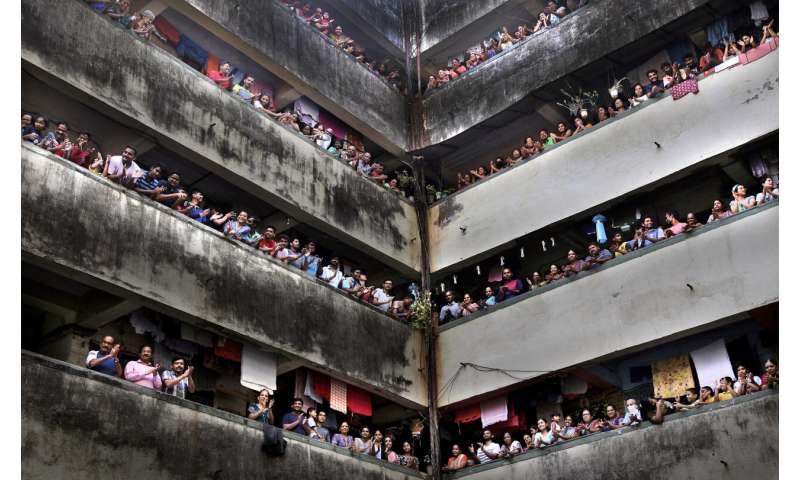 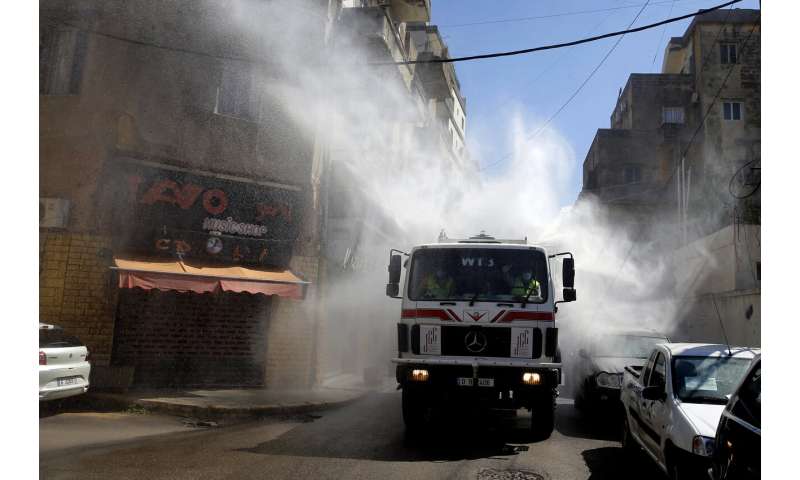 ‘To the virus pandemic, we want to respond with the universality of prayer, of compassion, of tenderness,” the pope said, also asking all Christianity across denominations to join in reciting the ”Our Father” prayer on Wednesday at noon.