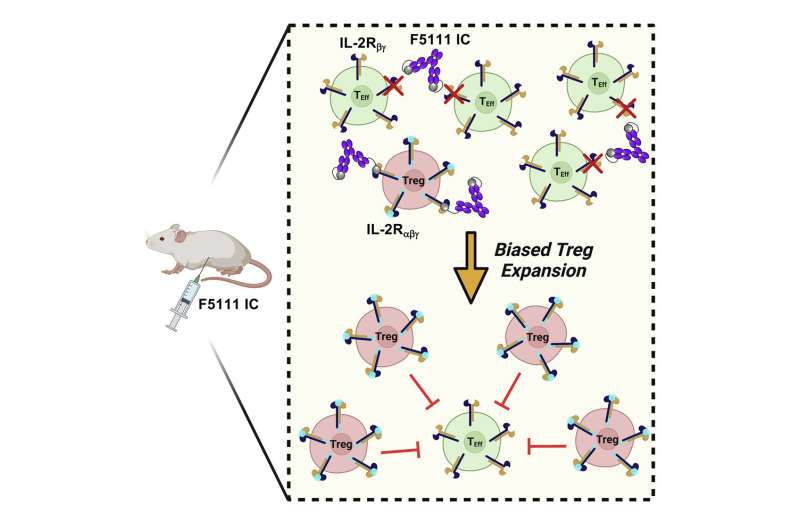 Autoimmune diseases such as rheumatoid arthritis and multiple sclerosis happen when the immune system is inadvertently activated, mistakenly attacking the body’s tissues and organs. Though it is known that genetics play a role in the development of these disorders, prevention and treatment approaches also focus on external factors, such as nutrition and environment.

A team of Johns Hopkins engineers believes one answer to prevention and treatment lies inward, at the cellular level. They’ve designed a protein that activates and increases the number of special, regulatory T cells (called Tregs), which assist in preventing such disorders. Their results appear in Cell Reports.

“Tregs are critical for keeping our immune system in balance, and when they get out of whack, people can develop autoimmune diseases,” said Jamie Spangler, assistant professor in the departments of Chemical and Biomolecular Engineering and Biomedical Engineering and member of the research team. “[The study] showed that this molecule helps to prevent autoimmune diseases.”

The molecule, which fuses the interleukin-2 cytokine and the anti-cytokine antibody F5111, promoted Treg activation and expansion and protected non-obese diabetic mice against autoimmune disease development to a statistically significant degree.

“The way in which it does this is by specifically targeting and expanding Tregs, which are used to suppress an immune response,” said the study’s lead author Derek VanDyke, Ph.D. candidate in the Department of Chemical and Biomolecular Engineering. “In the case of autoimmune disease, your own immune system is essentially attacking itself, so these Tregs are used to suppress that attack.”