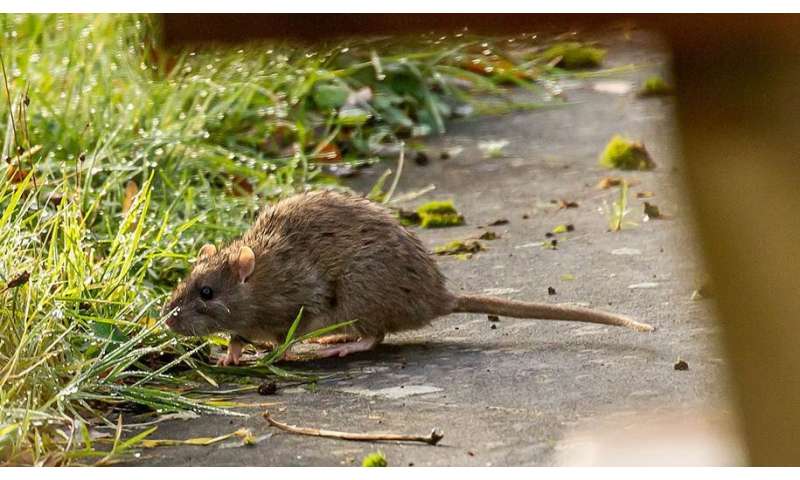 Malaysian researchers have identified the two species of the Leptospira genus of bacteria responsible for most cases of leptospirosis in the country and discovered a new strain capable of infecting humans.

Humans, infected with leptospirosis by wild or domestic animals—including rats, racoons, pigs, cats and dogs—can be asymptomatic or experience fevers, meningitis, multiorgan failure and death. The zoonotic disease (pathogens that normally infect animals but can be transmitted to humans) is most common in tropical and subtropical regions with more than a million cases of leptospirosis annually, of which 60,000 turn fatal.

The genus Leptosspira contains 64 species isolated from humans, animals and environments and the study identified L. interrogans, L. kirschneri, and L. wolffii as the main human-infecting species in Malaysia. Of these, the first two were found responsible for most cases leptospirosis in central Malaysia.

Initially, the researchers attempted to determine why only certain patients develop serious illness, identify biomarkers to predict cases that may lead to severe illness and understand the molecular epidemiology of circulating strains from animal, human and environmental sources. They also attempted to evaluate existing diagnostic tests and develop new tests. Presently, the disease is difficult to clinically diagnose due to overlapping signs and symptoms with other diseases such as dengue and typhus, leading to delays in appropriate treatment.

The researchers confined their study, published in PLoS Neglected Tropical Diseases, to rodents and small mammals. According to Neela, cases of leptospirosis in humans often are associated with activity in recreational forests, during floods, and exposure to rodent urine.

“We don’t provide leptospirosis vaccination in Malaysia, but prophylaxis is given to high-risk groups, like those going for military training,” she says.

The work identifies potential sources of infecting strains, risk factors for leptospirosis in Malaysia, clinical symptoms and identification of new sequence types that is different from animals. “This research also raises the question that rodents may not be the main source of transmission,” she says.

Kamruddin Ahmed, a professor in the Department of Pathobiology and Medical Diagnostics and director of the Borneo Medical and Health Research Centre, emphasizes that leptospirosis is a challenge not only for Malaysia but also for other parts of the world where the burden of this disease is high.

“There is no user-friendly, reliable, and economic diagnostics for the disease. Furthermore, clinical diagnosis is disappointing as the signs and symptoms of leptospirosis vary considerably with the result that many cases go unnoticed and mortality becomes high,” says Ahmed, adding that there is a need to better understand the microorganism.

The new study is important because it determines that while L. interrogans and L. kirschneri are the predominant species causing human leptospirosis in Central Malaysia, it also shows regional differences regarding the distribution of these two species, Ahmed tells SciDev.Net.

“Similar research in other areas should be performed to reveal the exact epidemiology of Leptospira. This will certainly lead to better diagnosis, vaccine development, and formulation of informed policy to prevent leptospirosis.”

Thong Kwai Lin, professor at the Institute of Biological Sciences, University of Malaya, Malaysia, stresses that there is need for a “robust surveillance system to monitor temporal and spatial changes in incidence and prevalence in order to identify risk areas and risk behavior and, in turn, design adequate control and prevention measures.”