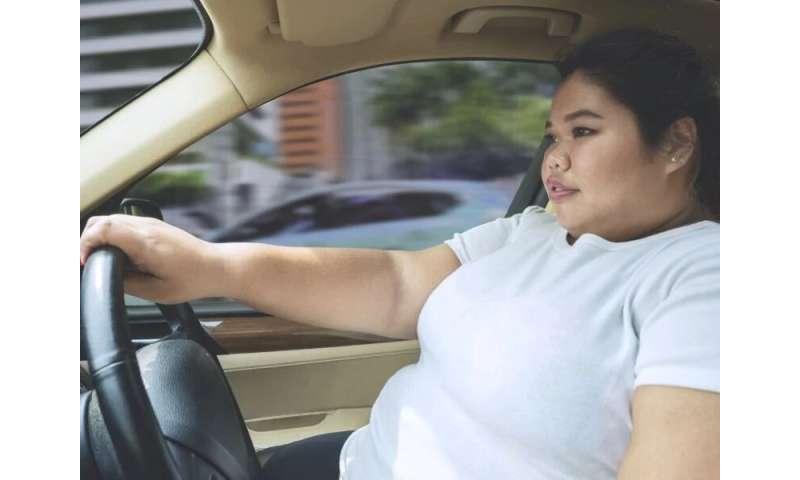 (HealthDay)—Teens who live around lots of obese or overweight kids come to see their body types as ideal, a new study suggests.

As a result, these teens tend to be obese or overweight themselves, researchers say.

“Higher obesity rates may normalize unhealthy weight in teens and make obesity prevention harder,” said lead researcher Ashlesha Datar. She’s a senior economist at the Center for Economic and Social Research at the University of Southern California, in Los Angeles.

For the study, Datar’s team collected data on 401 teens who took part in a study of U.S. Army families between December 2017 and July 2018. Young people and their parents completed online surveys about teens’ height, weight and other factors.

The young people were presented a set of human figures of varying sizes and asked to choose which was closest to their ideal.

She said a key strength of the study is that teens were exposed to counties with higher or lower obesity rates due to their parent’s military assignment, creating a natural experiment to see how exposure to obese communities influences body size norms and obesity risk.

Datar said she’s not sure what can be done to compensate for teens’ environment and get them to model healthier body types.

“Perhaps educating teens about unhealthy weight and ways to deal with social pressure and norms surrounding body size can help,” she suggested.

Dr. David Katz is president of the True Health Initiative, which promotes healthy lifestyles. He was not involved with the study, but he reviewed the findings.

“There is both comfort and discomfort in the idea that seeing a lot of obesity among those all around you effectively ‘normalizes’ the appearance of overweight for young people,” Katz said.

The comfort is that young people may feel more comfortable with the skin they’re in and less prone to harsh self-judgment and adverse effects of obesity on self-esteem, he said.

“If obesity normalizes in social networks, it may also serve to destigmatize it and alleviate the historical burden of bullying and abuse. This is all very much for the good,” Katz said.

But obesity is a major risk factor for type 2 diabetes, fatty liver and many major chronic diseases, which can begin at or before adolescence, he noted.

Normalizing obesity might induce apathy about preventing and managing it, which could come at a high cost to health, Katz warned.

“We should strive to end blaming the victims of epidemic obesity, but at the same time, we should acknowledge the attendant health toll and increase our culture-wide efforts to manage and prevent this eminently preventable public health scourge,” he said.

Katz doesn’t think parent oversight is the solution to the obesity epidemic. He said it’s up to health professionals to teach adults and kids alike that excess weight is an important health risk.

“I would not encourage parents to say: ‘No, you are wrong—your weight is not ideal,'” he said. “We already know parents are prone to the same distortions. I coined the term ‘oblivobesity’ based on the parental tendency to overlook and deny obesity in their own kids.”