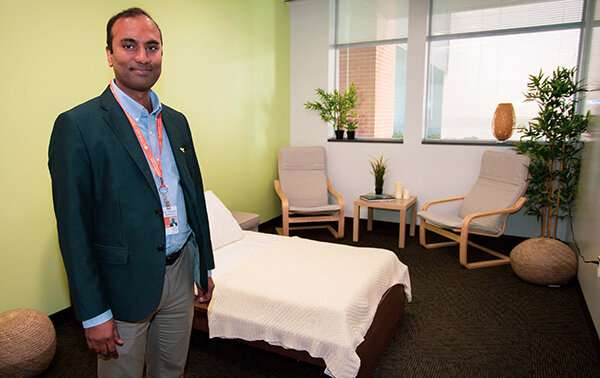 Psilocybin, a psychedelic drug believed to help rewire the brain, is now being studied to relieve treatment-resistant depression at The University of Texas Health Science Center at Houston (UTHealth) as part of a global Phase II clinical trial.

“It is a medication that can change or alter perceptions, cognition, thinking, and how minds see the environment,” said Sudhakar Selvaraj, MD, Ph.D., an assistant professor in the Faillace Department of Psychiatry and Behavioral Sciences at McGovern Medical School at UTHealth. “This therapy, if it works, could help at least a portion of people get relief from their depression and get back to day-to-day life.”

A 2012 study on the effects of psilocybin on the brain revealed that the drug may help create new circuits in the brain while potentially quieting others that may link to depression. Though the body will clear the drug in a matter of hours, the potential effects could last for several months or longer.

A previous study at Johns Hopkins University on the effects of the drug in cancer patients suggested that psilocybin therapy may lessen depressive symptoms. Psilocybin is broken down by the body to produce psilocin, which affects the serotonin system that regulates mood.

“It is not a drug that’s given to someone and then you just wait and see what happens. The therapists guide the patients through the experience after the administration of the medication,” Selvaraj said.

Participants in the double-blind study receive a single dose of the medication, either 25 mg, 10 mg or 1 mg. Neither the patient nor the study physician will know which dose participants are receiving. After taking the medication, patients are supervised by two therapists for eight hours in a specially designed, home-like, treatment room. Patients have preparation sessions with their therapists before the dosing day, and integration sessions afterwards.

Individuals participating in the trial will answer a questionnaire to measure depression symptoms the day before and the day after taking the single dose—and again one, three, six, nine and 12 weeks out.

Currently, psilocybin is a controlled Schedule 1 substance and is not approved in the U.S. to treat depression. However, the Food and Drug Administration has approved its use in this trial, and has designated this program of psilocybin therapy for treatment-resistant depression a Breakthrough Therapy.