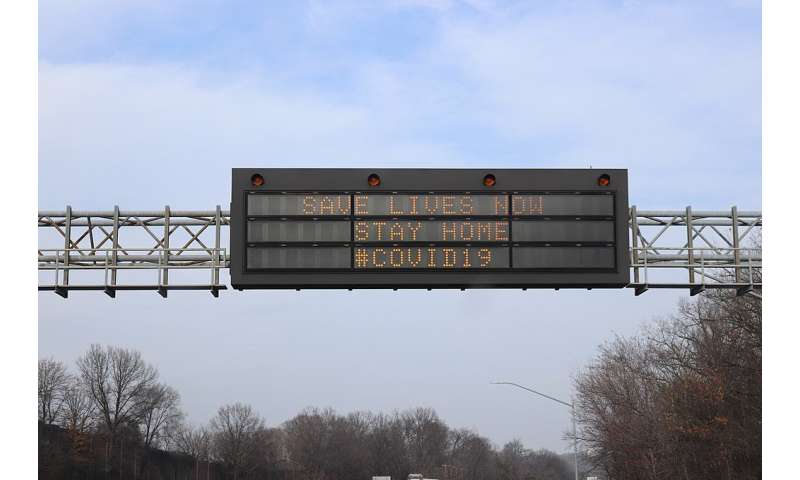 States led by Republican governors and with a significant share of Trump supporters were an average of nearly three days later than other states to enact social distancing measures related to the COVID-19 outbreak, according to a new study.

The finding is part of new research by the University of Washington examining factors that contributed to decision-making by governors in all 50 states to combat the novel coronavirus. The research, which is posted to the preprint server medRxiv and has not yet been peer-reviewed, explores whether the adoption of state-level social distancing measures depends on the number of coronavirus cases in the state, the affluence of the state, and the partisanship of the state’s governor and voters.

The rapid spread of the novel coronavirus, which as of March 31 has killed more than 3,000 people in the United States and, by many estimates, is projected to cause anywhere from about 84,000 to more than 200,000 deaths domestically, has prompted public health officials to push social distancing as the key, proactive way of limiting the rise of infection. The World Health Organization reports more than 750,000 confirmed cases worldwide, and more than 36,000 deaths.

But the response to and attitude toward the virus have been mixed among political leaders. For several weeks at the beginning of the outbreak, President Trump and some right-leaning media outlets did not characterize the virus as a threat or dismissed it outright as a hoax.

In the month since the first COVID-19 case was diagnosed—in Washington state—most states have enacted some social distancing restrictions, such as closing schools and businesses, limiting or banning gatherings of people, and advising or ordering residents to shelter in place. Mandates to stay at home are now in effect in 28 states.

“We wanted to understand why some American states have been slow to introduce social distancing measures,” said lead author Christopher Adolph, an associate professor of political science at the UW. “You might expect states to delay if they have fewer confirmed cases—though even that would arguably be a mistake—but we were worried by the appearance of a partisan pattern in responses, both at the state level and in public opinion.”

So Adolph and his team analyzed the measures that states enacted with other data, such as the number of COVID-19 cases in each state, how neighboring states were responding, each governor’s political party and each state’s voter turnout for Trump in 2016.

The team found that partisanship—especially when a state has a Republican governor, as well as the share of the statewide vote for Trump—led to delays in enacting social distancing. That “combined partisan effect” coincided with a delay of 2.7 days, the team found. Partisanship had a greater effect than other variables, including the number of confirmed cases in each state, researchers said. The number of confirmed cases, for example, influenced state action by less than half a day.

“Surveys now document that Republican voters in March showed less concern on average about the coronavirus, and were less likely to adopt prudent behavior to reduce their risk of becoming infected,” Adolph said. “If Republican leaders were also systematically slower to act, their reluctance would end up hurting all Americans, but especially their own constituents.”

Under normal political circumstances, governors often make decisions to appease their party and voters, Adolph said. The UW research team wanted to explore how governors adapted to what was essentially an unprecedented threat that emerged at once, nationwide.

The paper is not trying to assign blame, Adolph added. Enacting social distancing measures is difficult for any elected official, because closing schools and businesses has significant economic and personal consequences for a population. But based on public health guidance, until a vaccine is available for widespread use, aggressive social distancing can stem the exponential spread of disease and limit the total number of deaths.

“Fighting COVID-19 shouldn’t be a partisan issue: The virus doesn’t care what party you belong to, and everyone is at risk. There’s still a chance to change this and save lives,” Adolph said. “The sooner all governors mandate and enforce strict social distancing, and the more they listen to public health experts instead of partisan cues, the more lives we will save, and the sooner we can all recover from this crisis. Every day matters.”