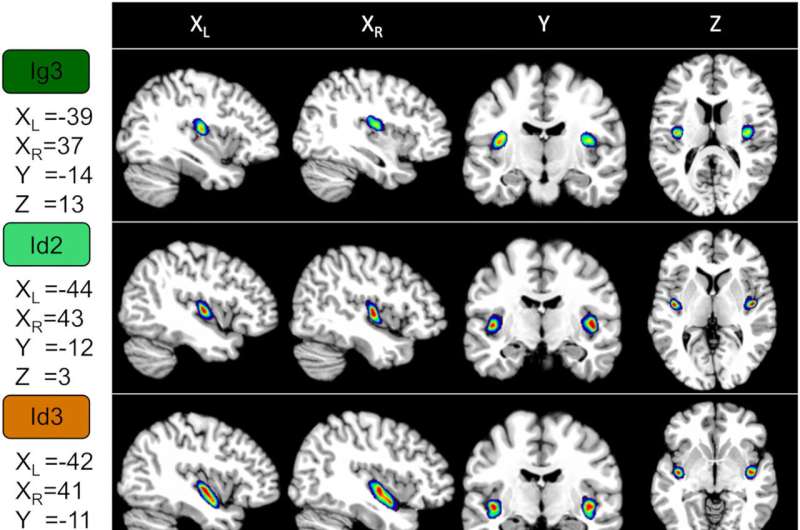 Researchers of the Human Brain Project (HBP) have identified seven new areas of the human insular cortex, a region of the brain that is involved in a wide variety of functions, including self-awareness, cognition, motor control, sensory and emotional processing. All newly detected areas are now available as 3D probability maps in the Julich Brain Atlas, and can be openly accessed via the HBP’s EBRAINS infrastructure. Their findings, published in NeuroImage, provide new insights into the structural organization of this complex and multifunctional region of the human neocortex.

The human insular cortex, or simply “insula,” has gained the attention from researchers since the early 19th century. But a 3D cytoarchitectonic map of the insula that could be linked to neuroimaging studies addressing different cognitive tasks was thus far not available.

The HBP team from the University of Düsseldorf and Forschungszentrum Jülich analyzed images of the middle posterior and dorsal anterior insula of ten human brains and used statistical mapping to calculate 3D-probability maps of seven new areas. The probability maps reflect the interindividual variability and localisation of the areas in a three-dimensional space.

Brain areas with differences in their cytoarchitecture—or the organization of their cellular composition—also likely differ in function. Based on this hypothesis, the researchers aimed to better understand the differences in the microstructure of the insula, and to identify areas that may correlate with its diverse and complex multifunctionality.

The team found that the microstructure of the insula has a remarkable diversity and a broad range of cytoarchitectonic features, which might be the basis for the complex functional organization in this brain region. 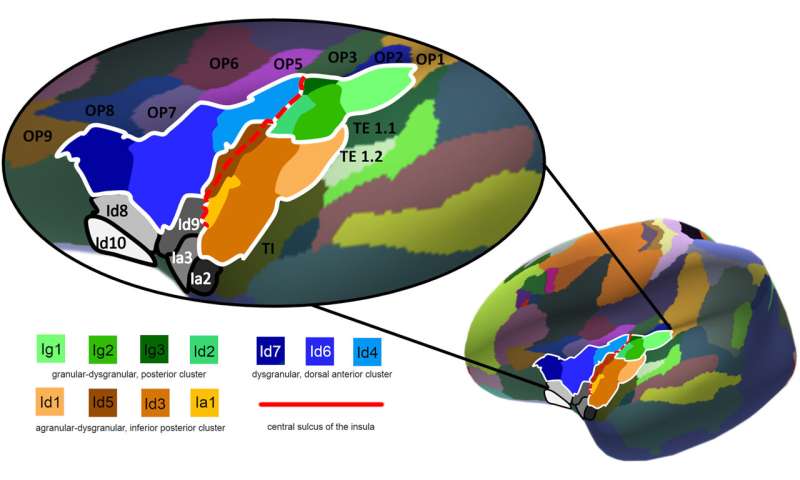 A cluster analysis based on cytoarchitecture resulted in the identification of three superordinate microstructural clusters in the insular cortex. The clusters revealed significant differences in the microstructure of the anterior and posterior insula, reflecting systematic functional differences between both entities.