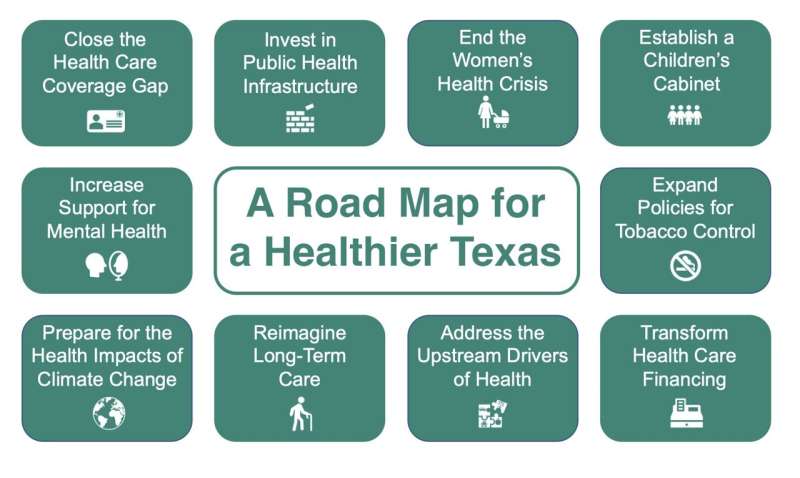 Texas’ health care industry is the most robust in the nation, but that hasn’t translated to better outcomes for its citizens, according to a new report from Rice University’s Baker Institute for Public Policy.

Texas has the most hospitals of any state, employs the second-most health care workers nationwide and has the third-largest Medicaid budget—but it ranks in the bottom 10 in terms of overall system performance, according to the report by Anaeze Offodile, nonresident scholar at the Baker Institute’s Center for Health and Biosciences, and Kushal Kadakia, an M.D. candidate at Harvard Medical School. The authors identify ways policymakers can prioritize public health over the next decade, such as increasing access to health insurance, investing in infrastructure and transforming financing.

“Our state is one of extremes: a place where our medical facilities are pioneering care delivery, but our mothers are facing some of the highest maternal mortality rates in the country; a place where we lead in funding for translational research, but lag in support of our basic public health needs,” the authors wrote.

Compared with people from other states, Texans are more likely to report they are in poor health or go without care due to cost. They live in worse food environments, engage in less physical activity and face greater transportation barriers. All of these issues are exacerbated for those with lower socioeconomic status and for people of color, Offodile said.

Hurdles to access lead to worse outcomes, he argues. For example, preventable hospitalizations among adults and the 30-day mortality rate in Texas hospitals both increased significantly in recent years.

The 2020s will be a pivotal decade for the state, Offodile and Kadakia argue. Texas ranked third in the country in population growth between 2010 and 2020, a trend that has accelerated further since the beginning of the COVID-19 pandemic and shows no signs of slowing. The state’s gross domestic product (GDP) increased by more than 36% during that decade and places it in the top five of all U.S. states.