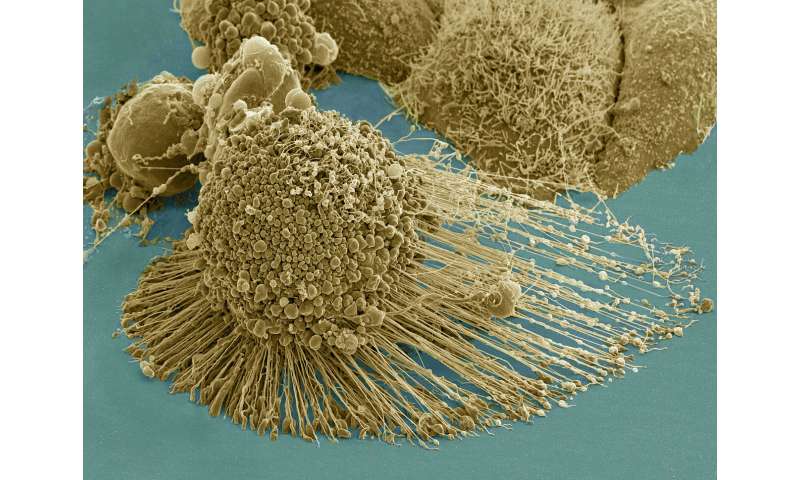 A nationwide group of researchers from the Maurice Wilkins Center (MWC) have recently reported a detailed characterisation of one of the largest melanoma cell line panels ever developed that makes this a resource for research of international importance.

Their paper, published in Pigment Cell and Melanoma Research, provides an in-depth characterisation of a panel of 102 cell lines from metastatic melanomas.

MWC investigator Professor Bruce Baguley and colleagues at Auckland Cancer Society Research Center, with support from clinicians and permission of cancer patients, have been studying the responses to therapy of tumor material obtained during routine surgery. The development of cell lines was an important spin-off from 20 years of such studies.

“The work shows that the panel contains cell lines representative of the high degree of genetic diversity seen in melanoma, as well as examples of all the major genotypes known to contribute to the development of melanoma,” says Prof Eccles.

“The analysis also shows that the lines have a range of genetic features that will be important for ongoing drug discovery studies and to understanding how melanomas interact with the immune system and new immune therapies,” says Prof Print. “Through this research, patients who originally donated the tumor cells are making a long-term contribution to the development of better ways to treat the disease.”

Prof Shepherd, who is deputy director of the MWC, says: “It is exciting that the key resources provided by the MWC and the collaborative approach across New Zealand has built an internationally important resource for studying melanoma biology.” Cell lines are the most important disease modeling tools in cancer research, and it is vital they model the disease as accurately as possible and these will now be available to the wider research community.