Checking my phone is like a tic. It’s as unconscious as it is compulsive. And although I love aspects of its connectivity and its ability to amuse, I dislike that I find myself sucked into rabbit holes of social media only to look up to discover I’ve wasted 45 minutes of my life.

In a half-arsed attempt to reclaim control over the device that, according to screen time I’m spending about three-and-a-half hours a day on, I’ve already deleted notifications and multiple apps from my phone, including Facebook. 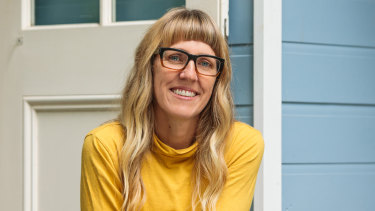 Others, however, are going one step further and adopting an even more stringent, "digital minimalism" approach in the interests of their mental and physical health.

In his new book, Digital Minimalism, associate professor Cal Newport explains this as “a philosophy of technology in which you focus your online time on a small number of carefully selected and optimised activities that strongly support things you value and then happily miss out on everything else”.

Newport likens social media to junk food which he chooses not to consume. He says there are many reasons more people are becoming digital minimalists, including to avoid the addictive design of the platforms we use and love.

“People don’t succumb to screens because they’re lazy, but instead because billions of dollars have been invested to make this outcome inevitable,” writes Newport, an associate professor of computer science at Georgetown University.

We are lured into staying online longer by the autoplay feature on Netflix and YouTube videos, the ‘Likes’ we repeatedly return to Instagram and Facebook to check and the compelling way Twitter reloads when we pull-down the screen, a feature that has no technical purpose other than to keep people pulling the handle just like they do on slot machines, where the idea originated.

“Addiction to technology involves the neurochemical dopamine being released,” explains psychologist, Marny Lishman. “Dopamine is responsible for the positive 'hit' we get when we get a 'like', get a positive comment on a post or if a notification ping goes off. Much like drugs, sugar and other addictions, it’s the same feeling that arises as we are being rewarded for our behaviour. The more we feel it, the more we want it (dependence) …

“Like the above, it’s not the technology itself that’s problematic, it’s how it is used.”

Research has shown that excessive phone use makes us feel wretched. It can displace real connections or healthy activities like exercise and sleep and is related to increased depression and anxiety.

Some people can use technology in moderation, as they can stop after two squares of chocolate. For most of us, however, the temptation to keep consuming is too great and we need to take a more extreme approach; we can't keep chocolate in the house or we have to delete the apps ti which we keep succumbing.

Five months ago Lissi Turner threw away her iPhone and purchased an Aldi sim along with a $50 keypad phone from the post office.

“Texting is a fresh hell,” admits the yoga therapist and former radio presenter. “It’s quite an adjustment when you step away from [your smartphone] and that’s what I needed to see. I was curious to see, how much am I really reliant on this thing?”

Turner, a mother-of-three and stepmother-of-two, was sick of the perpetual pull to check it. “A lot of the time it was just nothing, but it had literally become a reflex,” she says. “I was feeling so caught in the web of it all.”

Research has also shown excessive phone use makes us feel wretched. It can displace real connections or activities like exercise and sleep.

While she was mostly replying to work emails and text messages, which provided a sense of purpose and “false importance”, she inevitably found herself slipping down the rabbit hole of social media.

“I was home but not present. I’m here with a screen in my face and in my hand and it was always in my hand,” says the 44-year-old, whose friends have taken to calling “analogue Lissi”.

In the midst of an “important life conversation” with her husband one night, her phone vibrated in her hand and she had an overwhelming urge to rid herself of it.

“I thought ‘this thing has got me so hooked'. It was like an umbilical cord and when I was a certain distance away pulling on me ‘come back and check’.” On a whim, she threw her phone out of the window, smashing the screen and its grip on her.

Life without a smartphone means emojis appear as “very enigmatic, unemotional rectangles” and things she took for granted, like being able to doublecheck an address en-route or transfer money between accounts at the grocery check-out, are now not possible.

She prepares before leaving home, has bought a watch to keep track of time and takes a notepad and pen with her. It has led her to feel more present with her family and, unexpectedly, she has found a “greater depth of connection” with friends because she speaks with them, rather than ignoring their calls and waiting for the text.

“Now, I always have to answer the phone, because if I don’t I’m going to pay for that in a hellish text message later,” she says chuckling.

“I’ve noticed I rarely know where my phone is anymore until it rings. If there’s a reason for me to have it – like the kids are out – I’ll make sure I have it. But there’s nothing else to really bind me to it and that feels so significant. I’m not attached to it.”

Technology was once a means of connection but is increasingly a means of disconnection, so I have been taking a leaf from the digital minimalist book and leaving my phone at home more often, challenging myself to have longer periods without checking it and restricting time on social media.

It may seem extreme to go against the rapidly moving tide of technology, but Newport argues that the only extreme is the way technology has swallowed our attention and sucked our time, pulling us away from the people and pursuits that matter in real life.

“The problem is that small changes are not enough to solve our big issues with new technologies.”