Cases of bacterial infection Strep A are nearly five times higher among young children than pre-pandemic, health officials have confirmed in the wake of five deaths.

While normally not fatal the common bug can cause Scarlet Fever and be a potential killer, causing flesh-eating disease or sepsis in the most severe cases.

Data from the UK Health Security Agency (UKHSA) show cases of the most serious kind of infection, called invasive Group A strep (iGAS), are 2.3 cases per 100,000 children aged one-to-four-years-old.

This is five times higher than the pre-pandemic average of 0.5 cases per 100,000 children, a rise some experts say could be linked to lockdown weakening children’s immunity. 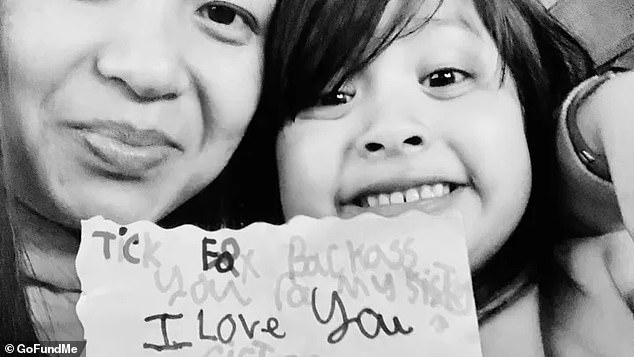 Hanna Roap, who attended Victoria Primary School in Penarth, Wales, died after contracting Strep A last week, with friends and family admitting their hearts have ‘broken into a million pieces 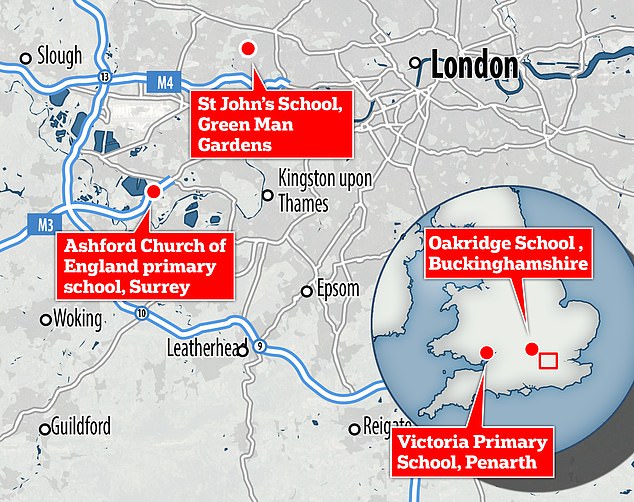 The schools attended by the four recent victims of Strep A. One death occurred in Wales, one in Ealing, West London, another in Surrey and one in Buckinghamshire

Cases are also high in five-to-nines, with  1.1 cases per 100,000 children a compared to the pre-pandemic average of 0.3 at the same time of the year.

UKHSA also confirmed that there have been five deaths among children under 10-years-of-age within a week of an iGAS diagnosis.

This compares to four deaths in the last season of the illness before the Covid pandemic.

Health bosses said there is currently no evidence that the cases this year are being caused by new strain of the bacteria.