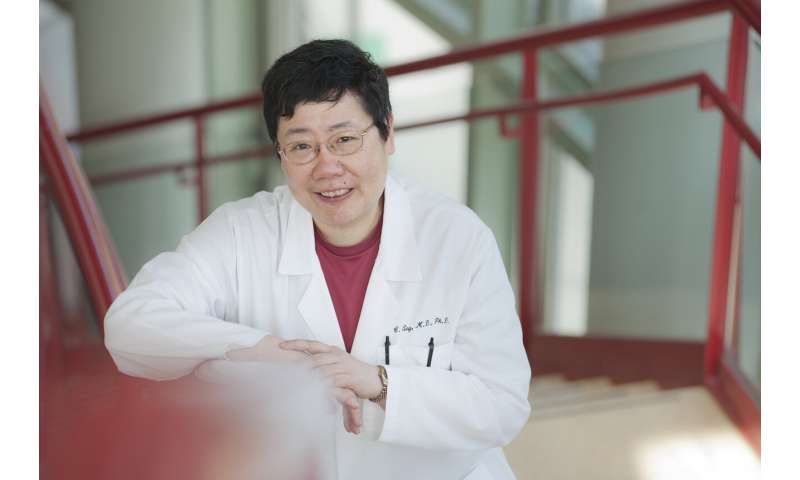 Cleveland Clinic researchers have identified for the first time an explanation of why patients with identical PTEN mutations often have vastly different clinical presentations.

Germline mutations of the tumor suppressor gene PTEN are associated with a group of genetic disorders that increase the risk of certain cancers, cognitive and behavioral deficits, benign growths and tumors (i.e., hamartomas), and macrocephaly. These disorders are known collectively as PTEN hamartoma tumor syndrome (PHTS), but they manifest as a broad, difficult-to-predict range of clinical outcomes and have been found to inexplicably result in distinct subsets of patients with either cancer or ASD/DD. In fact, PTEN is one of the most common genes associated with ASD.

Previous studies have indicated associations between CNVs, or large structural genetic changes involving the deletion and/or duplication of DNA segments, and neurodevelopmental disorders and sporadic cancers. Therefore, specific CNVs may be linked with either ASD/DD or cancer incidence in individuals with PTEN mutations.

These findings suggest that CNVs operate as genomic modifiers of ASD/DD risk in individuals with PHTS, meaning they not only provide insight into the ASD/DD versus cancer phenotypes associated with PTEN mutations but also may aid in the prediction of clinical outcomes to inform PHTS medical management. Furthermore, the study demonstrates that CNV burden analysis may also be applied to other clinically heterogeneous disorders for which no outcome-specific predictors are known.