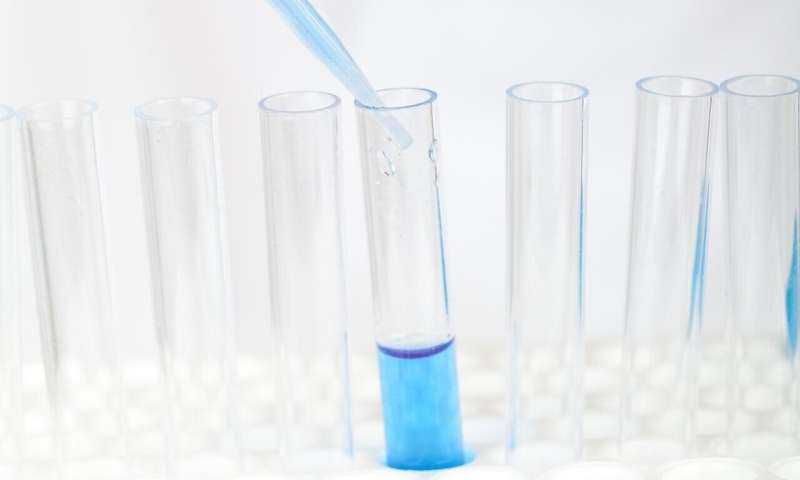 Congenic mouse strains—used for decades in immunology research and assumed to be genetically identical outside of a marker locus—have been found to contain previously unrecognized genetic variation, University of Alabama at Birmingham researchers reported in a study published in the journal Immunity.

A team led by immunologist Amy Weinmann, Ph.D., and first author Danielle Chisolm, Ph.D., Weinmann’s former graduate student who is now a postdoctoral fellow at the National Institutes of Health, discovered this genetic variation after experiments on the effects of microbial metabolites on T cells gave conflicting data and prompted nagging questions.

“We realized an unknown experimental variable was affecting the interpretation of our results,” said Weinmann, a professor in UAB’s Department of Microbiology. “At that point, we shifted our focus to identifying that unknown variable. If you think of research as a puzzle, we reached a point where we knew we were missing a key puzzle piece, and we couldn’t go any further without first finding the missing piece.”

To find the answer, the UAB researchers adapted existing informatics tools and devised a new strategy to identify regions of the genome that diverge from the most commonly used mouse genetic background. Their new approaches will help researchers identify and define genetic variations among strains of mice, in chromosomal areas of interest.

In the study, Weinmann and colleagues analyzed several mouse strains assumed to be genetically identical outside of the gene marker locus CD45. To their surprise, they found large regions of the genome contained genetic variation. This indicated that genetic content in these commonly used mouse strains might not be what researchers have long assumed, and this could impact interpretations of data generated from these mouse models.

“The differences included regions encompassing genes of immunological importance in immune cell homing, T cell exhaustion, T and B cell differentiation, and innate immune responses,” Weinmann said. Furthermore, the amount and location of variation in genetic material around the gene for CD45 turned out to differ among strains sold by three major vendors of mice for biomedical research. Therefore, the impact of the UAB study reaches well beyond their original experiments with the microbiome, and it has alerted researchers using mouse models to an unexpected variable in their experiments.

The study thus provides valuable information for researchers about the genetic content of mouse models widely used in immunology research. Importantly, it also provides a new strategy that researchers can use to define regions with genetic variation in any mouse model.

The National Institutes of Health emphasizes the importance of rigor and reproducibility in research studies, and this UAB finding sheds light on an experimental variable that has previously gone unrecognized in immunology research. The finding suggests that the exact strains and sources of mice need to be reported in all studies, and researchers need to design experiments with these genetic variables in mind.

Weinmann and Chisolm likened their shift in research focus to a problematic jigsaw puzzle.

“When you start out with a box of puzzle pieces, you assume that the pieces in the puzzle will make up the picture on the cover of the box,” Weinmann said. “But what happens when the pieces in the box are a different puzzle?”

“When we started this project, we thought we were putting together a picture of metabolites, immune cells and the microbiome. However, after we identified all the puzzle pieces in our box, we were actually looking at a picture of genetic diversity.”