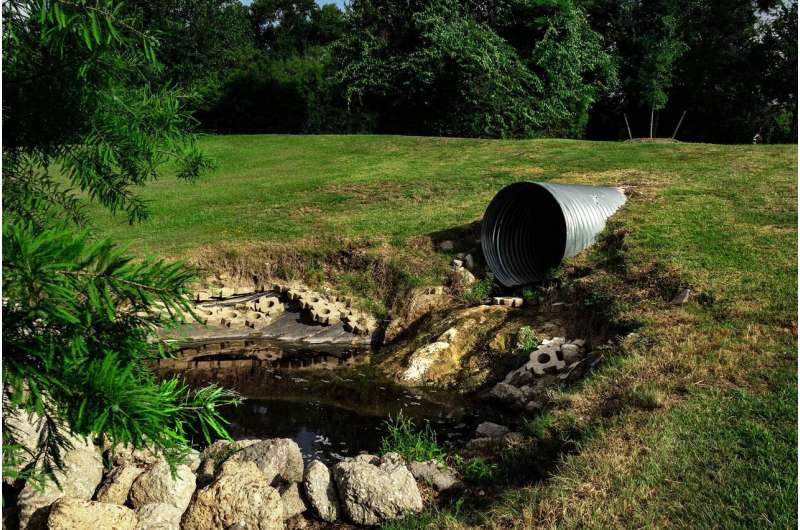 Almost all planes arriving at three UK airports during a period of COVID restrictions had the SARS CoV-2 virus in their wastewater, according to newly published research. The virus was also found in wastewater at arrival terminals.

Bangor University scientists, who pioneered the use of wastewater testing to track SARS-CoV2 in the UK, wanted to find out whether wastewater testing could be used as a way of monitoring the general health of passengers on flights coming into the country in future. The study was published in PLOS Global Public Health.

The team tested the toilet tank water taken from long haul and short haul flights entering the UK at Heathrow, Edinburgh and Bristol airports over a three-week period between 8-31 March 2022. Samples were also collected from sewers connected to the arrival halls in the airport terminals and at a wastewater treatment plant in the vicinity of each airport.

The COVID-19 restrictions were lifted in England on the 18th March 2022, removing the requirement for unvaccinated passengers to take a pre-departure test and a day 2 post arrival test to prove their COVID status. But the researchers found little difference in the concentrations of SARS-CoV-2 in wastewater before and after that date.

Professor Davey Jones from Bangor University’s School of Natural Sciences said, “Despite all the intervention measures that the UK had in place to try to stop people with the illness getting on flights to the UK, almost every single plane we tested contained the virus, and most of the terminal sewers too. That might have been because people developed symptoms after testing negative; or were evading the system, or for some other reason. But it showed that there was essentially a failure of border control in terms of COVID surveillance.”

Earlier research by the team may explain why. In a poll of 2000 adults, 23% of respondents admitted that they had previously boarded a flight back to the UK while feeling ill. That survey also asked respondents about their toilet habits on flights, and found that 13% of individuals catching a short haul flight would be likely to defecate on the plane; with a higher proportion seen in long haul passengers, at around 36% of the total. Based on this information, together with COVID shedding rates, the team estimated that if wastewater sampling was set up at airports in future, it could capture 8-14% of SARS-CoV-2 cases entering the UK via air travel.

The researchers believe wastewater sampling could form part of a future infectious disease surveillance system for the UK. Future sampling could also pick up other infections, such as Norovirus or Enterovirus, potentially giving a clearer picture of what pathogens are entering the country.

Researcher Dr. Kata Farkas said, “This is about getting an overall picture to help UK health systems to be prepared, or, if possible, have an advance warning, of emerging diseases. It wouldn’t be feasible to test every flight arriving, but taking wastewater from arrivals at a single airport terminal used for long-haul arrivals may provide an estimate of diseases entering the country.”

She added: “At the moment we have no idea how many people come into the country carrying different diseases, partly because no one wants to be tested on the spot. Wastewater monitoring gives us a snapshot of the infectious diseases passengers may carry upon arrival.”