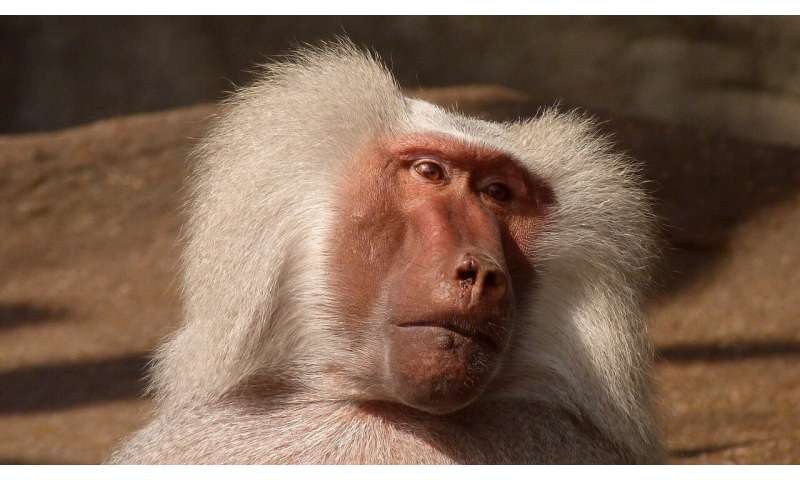 To cure the humans, first you get the monkeys sick.

Finding the right animal as a research model for the new and deadly coronavirus is crucial for learning how to treat it. The ideal subject is a nonhuman primate that shows similar symptoms: coughing, sneezing, fever and chest congestion. The hunt is on in the U.S., tightly coordinated among a small coalition of labs authorized to raise monkeys for research. High hopes are riding on a troop of Texas baboons.

COVID-19 has infected at least 101,000 people and killed almost 3,500 since the world began keeping track in December, and academics, companies and governments are racing to arrest its rapid spread. Officials have said finding a therapy or vaccine could take months or years, and cost more than $1 billion. Animal experiments can discover how the virus functions and which treatments are most effective.

“It’s the only way to understand it,” said Jean Patterson, a virologist at Texas BioMedical Research Institute, a private nonprofit in San Antonio devoted to eliminating infectious diseases.

Study animals are scarce, so labs avoid duplicating efforts on the same species. The University of Wisconsin’s primate center is starting with marmosets. Rocky Mountain Laboratories in Montana is working with rhesus macaques.

Then there is the unique colony of baboons at Texas BioMedical. After eight generations of breeding, they number near 1,000, housed in zoo-like cages and a 6-acre indoor/outdoor habitat on the research campus. It’s outfitted with swings, tunnels, rock features and toys to keep the animals occupied. Baby baboons are raised by their mothers in separate harems. Twelve veterinarians and nine animal behavior experts tend to them.

No animals leave the premises, but the center’s researchers regularly partner on projects with colleagues elsewhere. Its animals were used to test Ebola medicines now being deployed in the People’s Republic of Congo.”Any scientist from around the world can call us,” said spokeswoman Lisa Cruz.

For researchers hunting a coronavirus cure, the first, most difficult challenge is to find a creature that gets sick like humans do when infected. Labs launched a similar urgent effort for the Severe Acute Respiratory Syndrome outbreak in 2003, inoculating rhesus macaques, marmosets and howler, green and squirrel monkeys. None got consistently sick enough with human-like symptoms, Patterson said.

Patterson first heard about the new virus spreading in China like anyone else—in December news reports. By mid-January, Texas BioMedical researchers were discussing how they could help.”It’s basically why we exist,” said Chief Executive Officer Larry Schlesinger.

As an independent nonprofit, Texas BioMedical is a rarity in U.S. research, which is dominated by university and government labs. Established by a science-minded philanthropist in 1941, the center has a Biosafety Level 4 lab—required for working with lethal pathogens that have no cure—and three active BSL3 rated labs, which is the level required for the new virus. It gets 80% of its annual $60 million budget from the federal National Institutes of Health.

Animal studies are an essential—but fraught—part of scientists’ campaign against human disease. Labs are frequently targeted by animal-rights activists and the work can take an emotional toll on everyone who works with the primates, Cruz said. Federal law governs the research, mandating that primates be spared undue suffering and that veterinarians oversee all procedures. Scientists must consider the physical and psychological well-being of their charges. Detailed proposals laying out every experiment are reviewed by federal panels. One primary consideration: to make sure the fewest animals as possible are used to get meaningful data.

“Animal research has played a critical role in virtually every medical advance over the last century,” said Matthew R. Bailey, president of the Foundation for Biomedical Research.

Scientists can only get so much information from studying a virus in a petri dish, said John Schoggins, a researcher and microbiology professor at University of Texas Southwestern Medical Center in Dallas. “You can’t recreate the disease in the dish,” said Schoggins, who uses mice to study mammals’ immune response to viruses such as influenza and zika. Primates can tell researchers even more, since with 98% genetic similarity, they are closely related to humans. Texas BioMedical began breeding baboons on the western fringes of San Antonio in the 1950s. The center also has macaques and marmosets, whose frailty and shorter lives make them ideal for studying age-related disease such as arthritis. But baboons, which can grow as big as 75 pounds and live into their early 20s, are vulnerable to the same kind of “lifestyle” diseases experienced by humans, such as arteriosclerosis, osteoporosis and diabetes.

Virologist Luis Giavedoni is leading the baboon project. He’s assembled a team of about 20 that comprises researchers, animal caretakers, veterinarians and a pulmonologist from a medical school. The lab hopes to get federal clearance to begin growing the virus by next week, and the animal studies would start by April, Giavedoni said.

The colony manager will select baboons for the research—probably about 10 to start. They’ll be inoculated with a large dose of virus. While COVID-19 has had its deadliest impact on sick or elderly humans, the baboons will be young by necessity. Older baboons are too big to accommodate in the lab.

The inoculated baboons will be closely monitored. Their body temperatures will be taken several times a day, and blood work will show whether the virus is multiplying. X-rays and CT scans will look for compromised lung function.

If the baboons get sick as humans do, then medicines can be tried in the search for a therapy. The best outcome would be a monkey that gets pneumonia, just as the disease manifests in more severe form in humans. Even milder symptoms, or none, could be useful in understanding how the pathogen is transmitted, especially by asymptomatic people.

Is the virus passed through urine, feces or semen, and if so, is it infectious at that point? A recent report that a family dog was found to carry the virus in Hong Kong raises the question of whether there could be other human-animal transmission.

One critical question: How long is a person contagious? Testing has found virus levels can drop below detectable levels but surge again. And antibodies from the infected monkeys, even after recovery, could aid the search for a vaccine.

There’s no guarantee an effective animal model will be found. The coronavirus could mutate, keeping scientists in catch-up mode. Or it could weaken and fade away before a model is perfected.

But there will inevitably be another coronavirus, and researchers will have to respond again. If funding can be sustained, scientists could develop a more permanent solution, perhaps even a universal vaccine that could put the menace to rest.