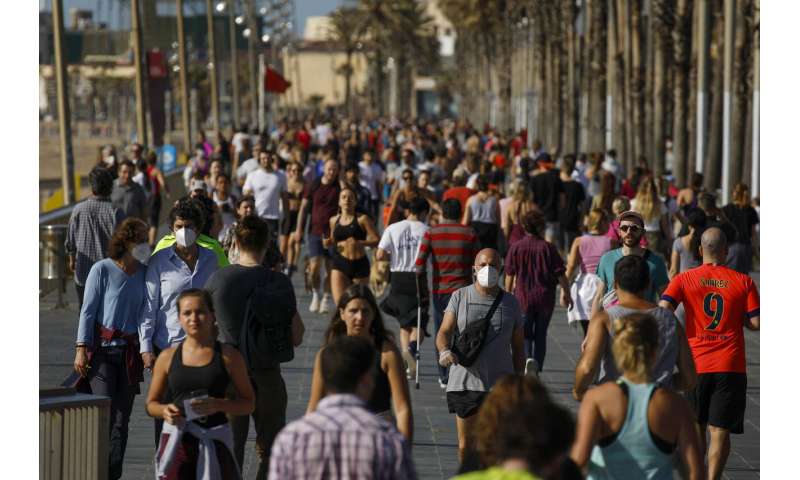 Spaniards filled the streets Saturday to exercise outside in gorgeous spring weather for the first time in seven weeks, while German children rushed to playgrounds as countries in Western Europe moved ahead with the gradual relaxation of coronavirus lockdown restrictions.

Russia and Pakistan, however, reported their biggest one-day spikes in new infections, in a sign the pandemic is far from over.

Concern was growing in Moscow about the possibility that hospitals might become overwhelmed after Russia recorded a new one-day high of 9,633 new infections, a 20% increase over Friday’s count which, itself, was a new daily record.

Russia has now reported 124,054 total cases, with 15,013 recoveries and 1,222 fatalities. True numbers are believed to be higher because not everyone is tested and Russian tests are reported to be only 70% to 80% accurate.

Moscow’s mayor said this week that officials are considering establishing temporary hospitals at sports complexes and shopping malls to deal with the influx of patients. Infection cases have reached the highest levels of government, with both the prime minister and the construction minister reporting they had contracted the virus.

At the same time, Spain, one of the worst-hit countries in the world with 24,543 deaths and more than 213,000 cases of COVID-19, was rolling back such emergency measures that helped bring the outbreak under control and save hospitals from collapse. A huge field hospital the military helped set up at a Madrid convention center was closed on Friday, and the capital has already closed a makeshift morgue the army had established at an ice rink in a shopping mall. 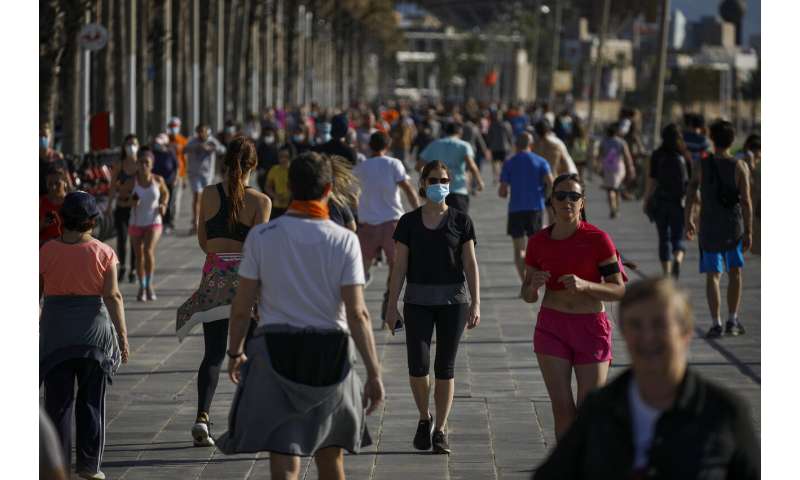 Since Spain’s lockdown started March 14, only adults have been able to leave home, for shopping for food, medicine and other essential goods, and to walk dogs close to home. The lockdown is credited with succeeding in reducing daily increases of infections from more than 20% to less than 1%.

As restrictions were relaxed Saturday, people ran, walked, or rode bicycles under a brilliant sunny sky in Barcelona, where many flocked to the maritime promenade to get as close as possible to the still-off-limits beach.

“I feel good, but tired. You sure notice that it has been a month and I am not in shape,” 36-year-old Cristina Palomeque said in Barcelona. “Some people think it may be too early, as I do, but it is also important to do exercise for health reasons.”

The government has set up time slots for age groups and activities, and social-distancing measures are still in place. 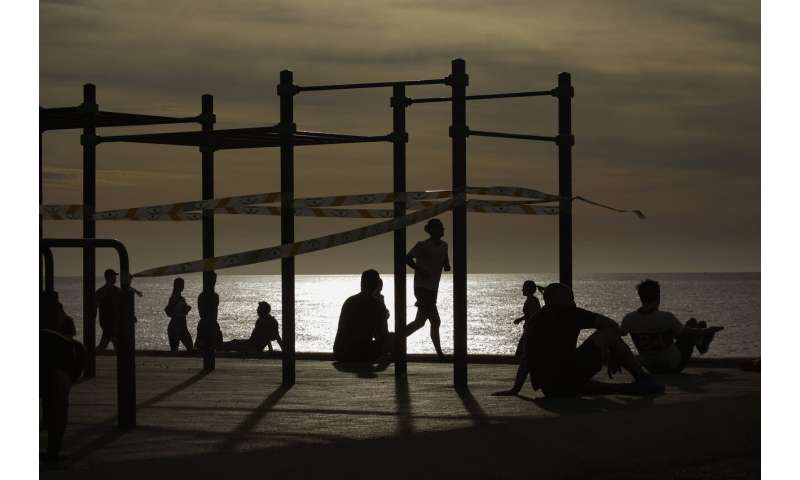 Spain has detailed a complex rollback plan that will vary by province. Those with the fewest cases and with health care resources in place to handle a rebound of the virus will be the first to enjoy a further loosening of the measures.

The virus has killed more than 238,000 people worldwide, including more than 65,000 in the United States and more than 20,000 each in Italy, Britain, France and Spain, according to a count kept by Johns Hopkins University. Health experts warn a second wave of infections could hit unless testing is expanded dramatically.

U.S. President Donald Trump said Friday he hopes the total number of U.S. deaths will be below 100,000, which he acknowledged is a “horrible number.”

As the crisis stabilizes in some European countries and American states, governments are easing the shutdown of businesses that plunged the global economy into its deepest slump since the 1930s and wiped out millions of jobs. 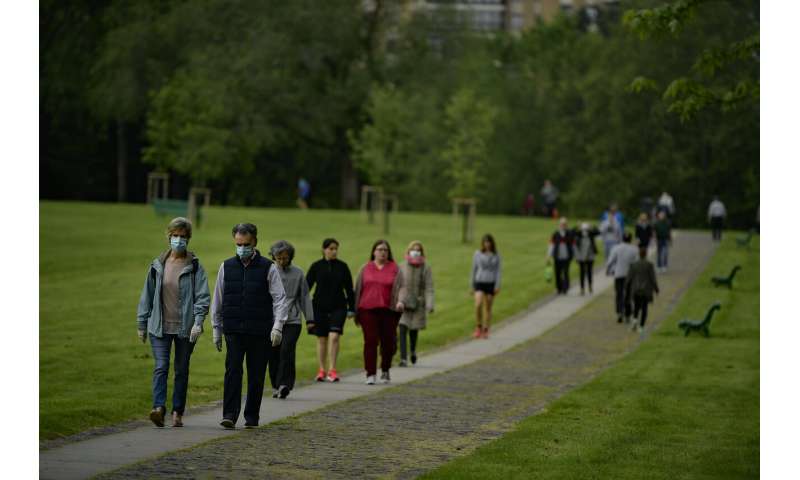 Trump, who is running for reelection in the midst of a U.S. economic slump that has wiped out more than 10 million jobs, is pressing state governors to lift anti-disease controls despite warnings by some health experts that that might lead to a spike in infections.

In Italy, which has seen the world’s most deaths with more than 28,000, people looked enviously on at Spain as they awaited their own relaxation of restrictions now that the number of new cases has leveled out.

Italy’s special commissioner for combating the coronavirus, Domenico Arcuri, said that the gradual loosening of the two-month lockdown, starting Monday, signals a new challenge, “which by now is clear to everyone; we don’t know how long it will last.”

More masks will be distributed for people riding public transportation, whose numbers are expected to climb as the manufacturing and construction sectors emerge from the lockdown. Stores, restaurants, bars and cultural sites like museums remain closed until May 18. 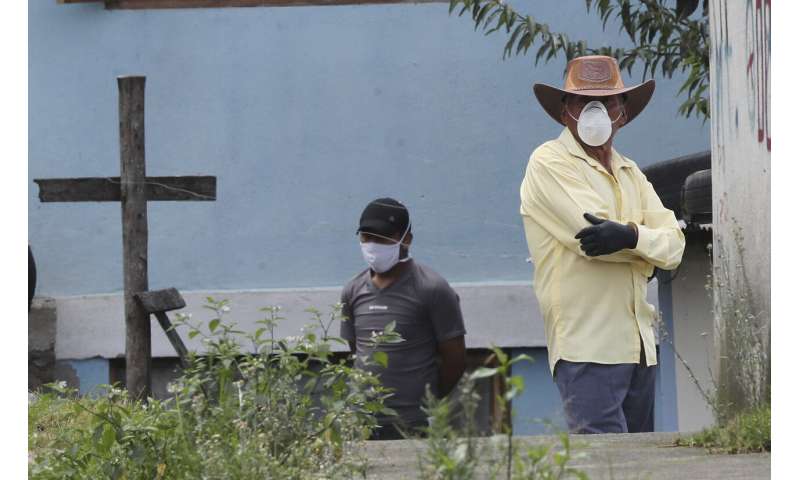 Germany, which has registered more than 164,000 cases but seen only about 6,700 deaths, has strict social distancing guidelines but never restricted people going outside for exercise. Smaller shops have already been opened and this is the first weekend in which playgrounds, museums and zoos have been permitted to open as well.

Elsewhere, China, where the pandemic began in December, reported a single new infection Saturday, extending a steady decline in confirmed cases. South Korea reported six new cases on Saturday, none of them in the hard-hit city of Daegu in the southeast. Both countries are easing anti-virus controls and reviving economic activity.

But Pakistan on Saturday announced 1,297 new cases, raising the total in the country of 220 million people to 18,114.

The increase coincides with increased testing. The government said more than 9,000 tests were conducted in the previous 24 hours. Prime Minister Imran Khan has set a goal of 20,000 per day. 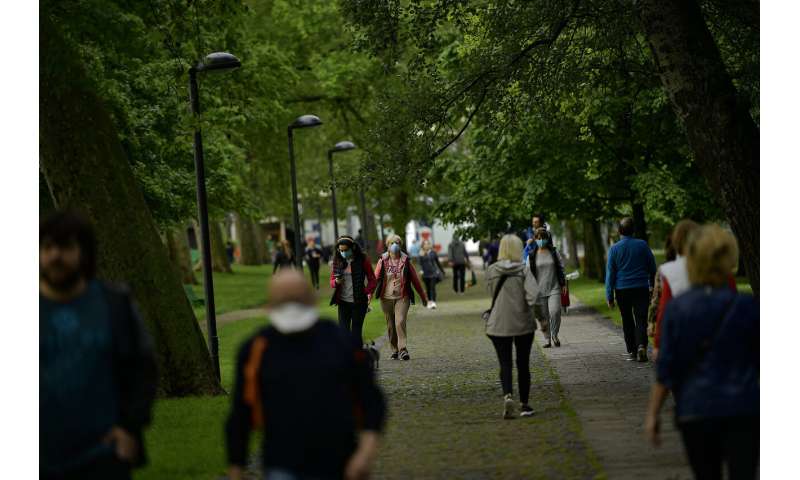 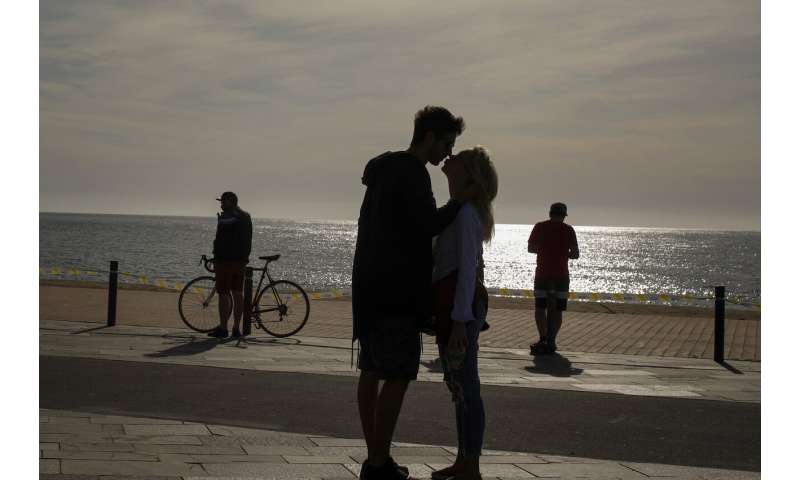 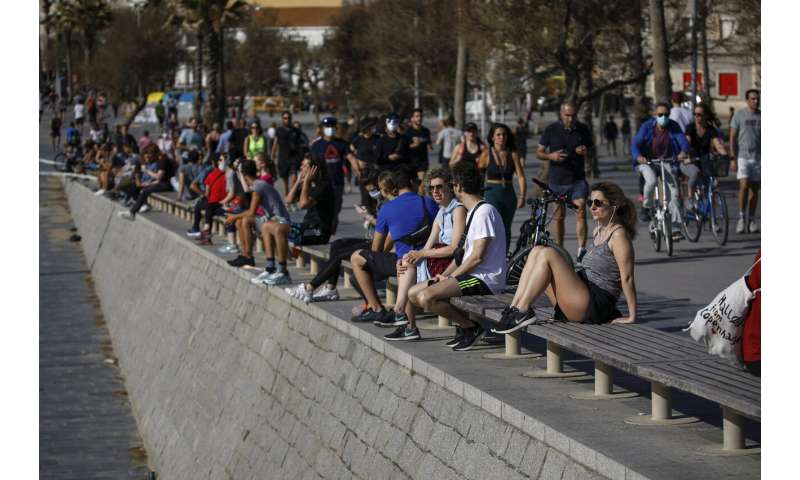 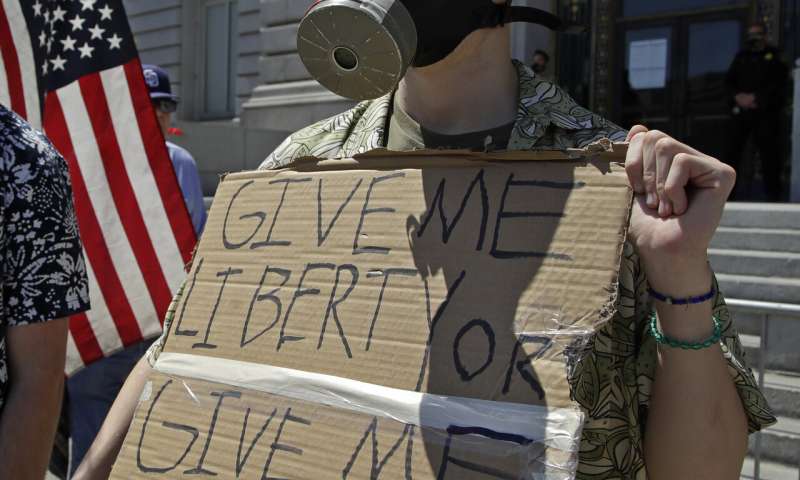 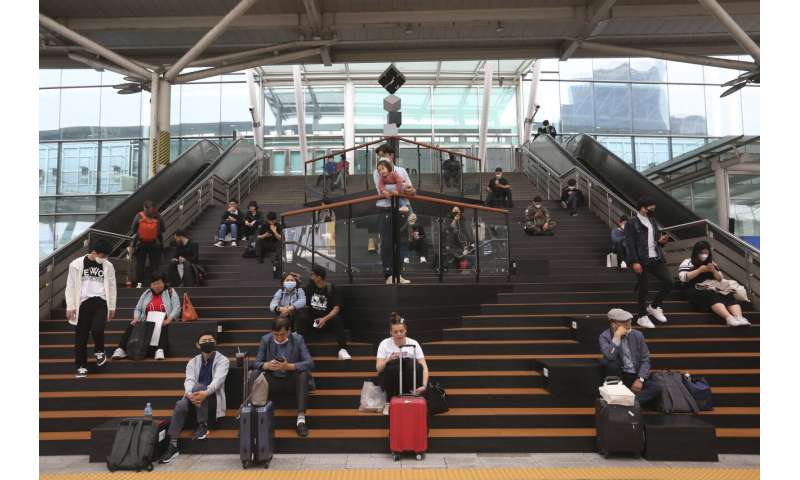 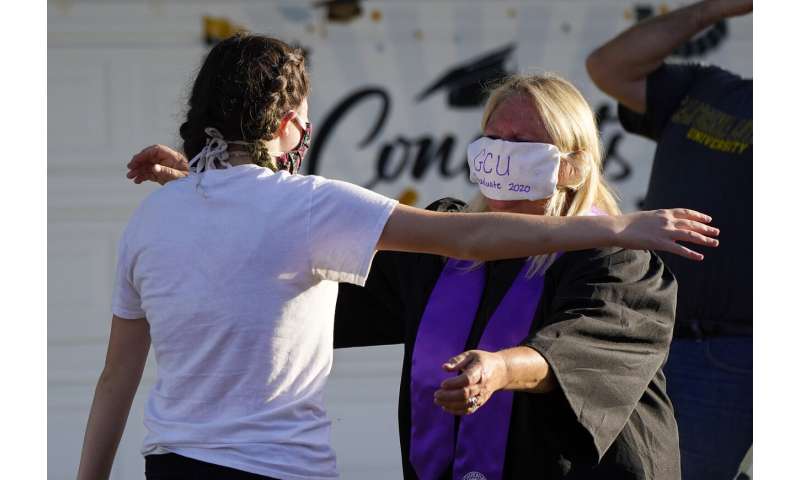 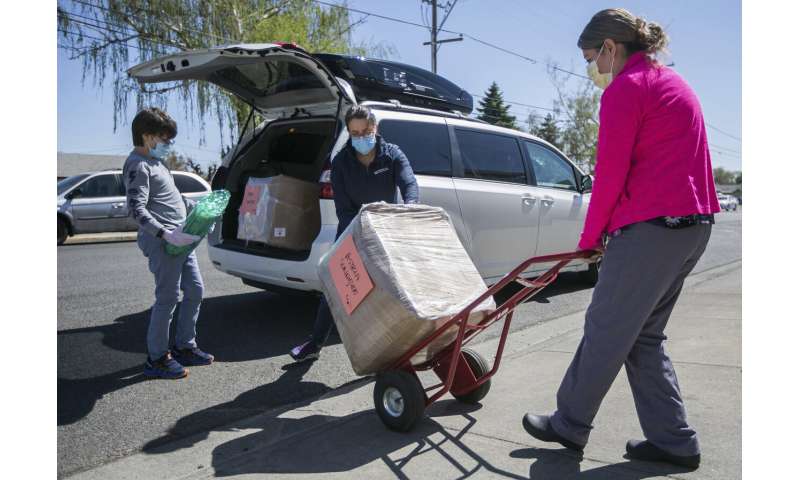 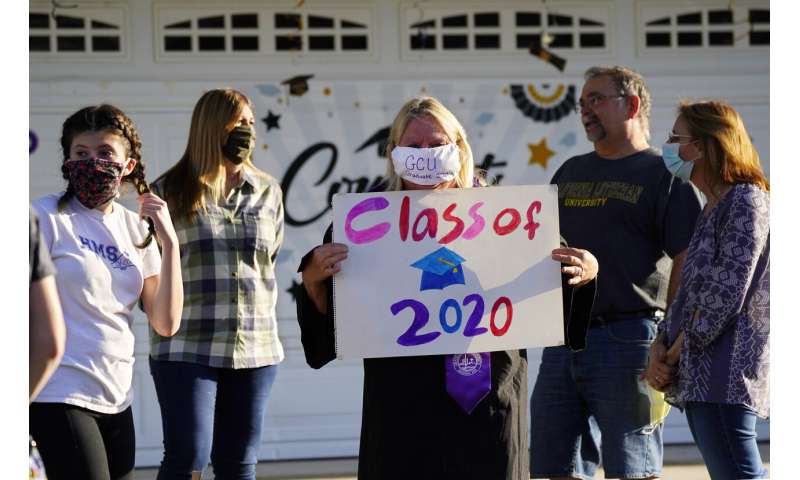 Photos in newspapers showed large numbers of the faithful at Pakistani mosques and only some following social distancing rules. Khan’s government said it might ease controls, but doctors have pleaded for stricter lockdowns, warning an explosion of infections would overwhelm hospitals that have only 3,000 intensive care beds nationwide.