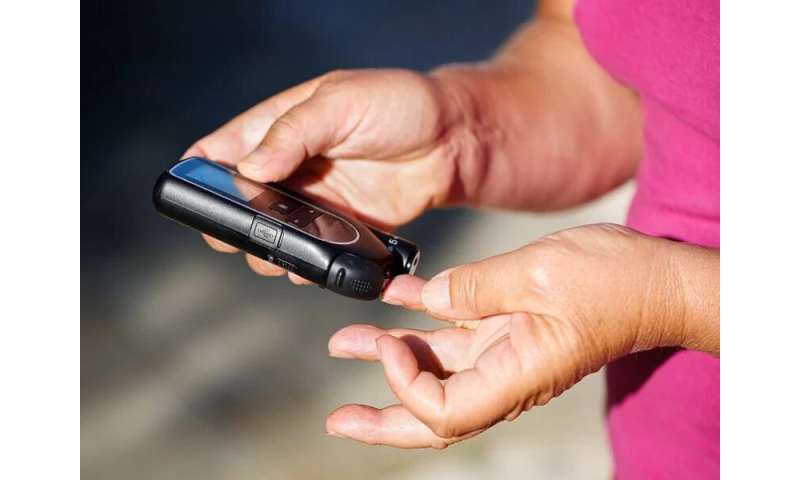 (HealthDay)—Younger people who are diagnosed with type 2 diabetes have higher weight and blood pressure (BP) than similarly aged people without diabetes, according to a study published online May 21 in Diabetologia.

Alison K. Wright, Ph.D., from the University of Manchester in the United Kingdom, and colleagues used the U.K. Clinical Practice Research Datalink to identify people with type 2 diabetes (187,601 diagnosed from 1998 to 2015). Weight, hemoglobin A1c (HbA1c), BP, and lipid levels at diagnosis were compared to those of 906,182 age-matched people without diabetes.

The researchers found that younger age at diagnosis was associated with greater adjusted mean difference in weight between those with type 2 diabetes versus those without (18.7 kg at age 20 to 39 years and 5.3 kg at age ≥80 years). White women had the largest weight differentials, and weight differentials were double in white people versus South Asian and black people. BP differences were also greater at a younger age of diabetes onset: 7 mm Hg at age 20 to 39 years versus −0.5 mm Hg at age ≥80 years, despite lower absolute values in younger people. White people, especially women, had the greatest BP differences. Younger men had the greatest differences in triacylglycerol levels. HbA1c levels were also higher with younger-onset diabetes, particularly in black people.

“Our findings could help explain why younger diabetes onset is more damaging, and offer important insights into different groups for the development of type 2 diabetes,” a coauthor said in a statement. “They also suggest a need for greater health care emphasis on diabetes and heart disease management in young people developing diabetes.”