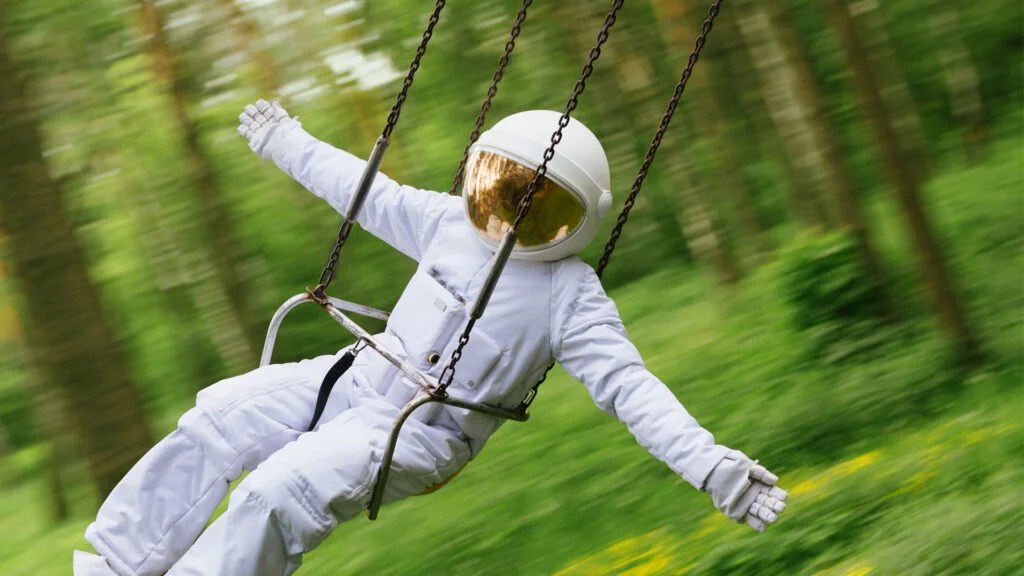 When animals change their head direction as they explore a new environment, they also rapidly move their eyes in a coordinated manner. These head movements are tracked by head direction cells in the brain, which function as a compass.

A recent study published in Science shows that similar to observations in awake mice exploring their environment, the patterns of activity in head direction cells and eye movements are also coordinated during REM sleep.

These findings suggest that rapid eye movements during REM sleep may reflect changes in the head direction as the animal explores the virtual world in its dreams.

“We showed that these eye movements [during REM sleep] aren’t random. They’re coordinated with what’s happening in the virtual dream world of the mouse. This work gives us a glimpse into the ongoing cognitive processes in the sleeping brain and at the same time solves a puzzle that’s triggered the curiosity of scientists for decades.”

During sleep, animals and humans alternate between phases of REM sleep and non-rapid eye movement (NREM) sleep. REM sleep accounts for 20-25% of the total sleep period and is characterized by the rapid movement of the eyes from side to side.

One of the major unanswered questions in the field of sleep research has been whether the rapid eye movements during REM sleep are associated with the content of dreams, reflecting the direction of the individual’s gaze in the virtual world of their dreams.

However, researchers have also thought it possible that random brain activity during REM sleep may cause these rapid eye movements.

Although there has been some evidence suggesting that the direction or the frequency of eye movements during REM sleep may be linked to the content of dreams, there has also been some contradictory evidence.

One of the reasons for this discrepancy is that these experiments have relied on accounts of the dreams of human participants, which are often inaccurate.

For this reason, the researchers at the University of California, San Francisco, examined brain activity in mice to objectively assess whether rapid eye movements during REM sleep were associated with specific cognitive processes that occur during sleep.

In the present study, the researchers focused on head direction cells, a subpopulation of neurons in a brain region called the thalamus.

A change in the head direction in awake animals, as when they were exploring their environment, is accompanied by a saccade. A saccade refers to the rapid movement of both eyes in the same direction to help shift the focus to a different point in the visual field.

The researchers used lightweight, head-mounted cameras to record the head and eye movements of the animals while they explored their environment.

Is it the same during REM sleep?

Similar to the wakeful state, the direction and amplitude of eye movements could predict the amplitude and direction of head movements estimated using the activity of the head direction cells during REM sleep.

Although the mice were not moving in their sleep, the activity of the head direction cells could potentially indicate that the mice were turning their head in their dreams.

Moreover, the coordinated eye movements accompanying this change in virtual head direction during REM sleep seem to reflect the shift in the gaze of the mice to explore the world in their dreams.

“What happens in our dreams is one of the most fascinating questions for all of us. Because it is so private and so subjective, accessing it through objective studies has been challenging,” Dr. György Buzsáki, a neuroscientist at New York University, told Medical News Today.

“Suppose that I can record critical aspects of your brain activity while you are looking at the Sagrada Familia and find a virtually identical brain pattern during your REM sleep. Upon waking, you may tell me that you were dreaming about Gaudi’s masterpiece. Short of these experiments, the study by Senzai and Scanziani is a step in this direction,” he added.

This study also raises a few questions. In an editorial, Dr. Chris I. De Zeeuw and Dr. Cathrin B. Canto from the Netherlands Institute for Neuroscience noted: “It is unclear why such dreams about movement do not manifest in muscle activity during the non-REM sleep phase. It will also be important to find out to what extent activity in the head direction cell system during REM sleep is internally generated or driven by a common ‘stimulus’ that activates both the head direction cells and the eye muscle system.”

Previous studies have shown that brain activity associated with experiences during the day, such as exploring a new environment, reoccurs during sleep. The replaying of events in the brain during sleep in the absence of other distracting events could help consolidate memories.

It is possible that dreams could be a consequence or byproduct of such a replaying of memories during REM sleep.

Other researchers argue that the brain activity observed during REM sleep may help maintain and reinforce connections between brain regions and muscles that underlie complex movements. Similar to rapid eye movements, which consist of twitching of eye muscles, twitching of limb muscles also occurs during REM sleep, especially in younger animals.

The completion of this feedback loop during REM sleep could help strengthen and refine the connections between the brain and the muscles when animals are developing.

Muscle twitches produced during REM sleep may thus play a critical role in transforming uncoordinated movements in very young animals into coordinated movements. Thus, the rapid eye movements and twitching of limb muscles may be associated with reinforcing connections between the brain and the body rather than the content of dreams.

What remains clear is that sleep and dreams continue to provide plenty of research avenues for the future.