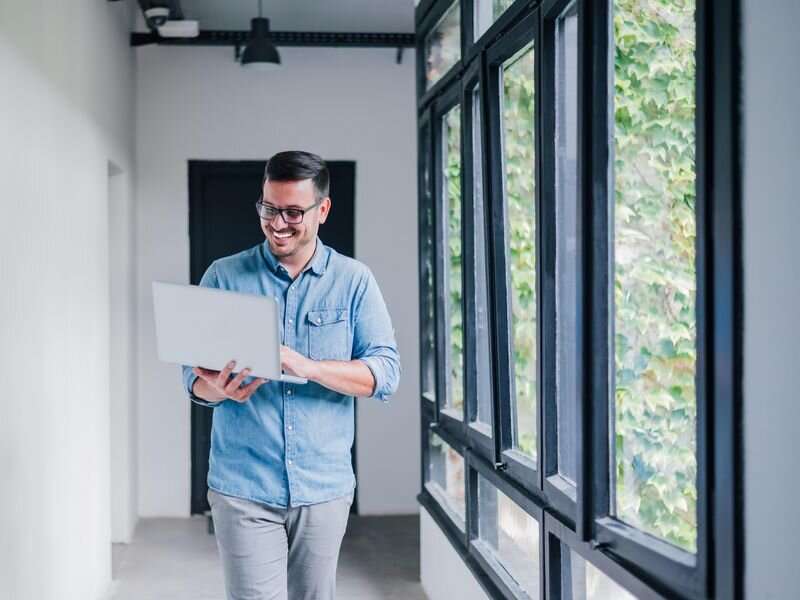 Millions of adults spend too much time at a desk or in front of a screen, and experts have long advised them to sit less, move more.

But if lower blood pressure, lower blood sugar and a mood boost are the goals, what’s the bare minimum of movement that will get the job done?

That’s the finding of a small, new study that compared the benefits of five exercise “snacks”—small bursts of exercise spread out during the day.

“We’ve found in our past research that, on average, adults in the U.S. spend over three-quarters of their day sedentary, or about 11 to 12 hours a day,” said study co-author Keith Diaz. He directs Columbia University’s Exercise Testing Laboratory at the Center for Behavioral Cardiovascular Health, in New York City.

“Previous research has shown that people who sit for hours on end develop chronic diseases—including diabetes, heart disease, dementia and several types of cancer—at much higher rates than people who move throughout their day,” Diaz said. They also face a higher risk of early death.

The bottom line: “If you have a job or lifestyle where you have to sit for prolonged periods, we suggest taking a five-minute walking break every half-hour. This one behavior change could reduce your health risks from sitting,” Diaz advised.

Past research indicates that daily jaunts to the gym alone do not protect against such risks, he added. But his team wondered if breaking up a prolonged day of sitting with a routine of short walks might pay off.

To find out, between 2018 and 2020, Diaz and his colleagues enlisted 11 adults in their 40s, 50s or 60s. Just over one-third were Black, and most did not have diabetes or high blood pressure.

All reported sitting at least eight hours a day, and at least half that time involved continuous sitting for a half hour or more.

After abstaining from alcohol, caffeine, vitamins and exercise for two days, participants were asked to stay seated in an ergonomically-designed chair for eight hours in a laboratory setting. They could use a laptop and phone, read or eat meals prepared for them—but they could only get up for one of four types of supervised exercise breaks.

Each participant tried out each option across five days.

The team determined that walking five minutes for every 30 minutes of sitting was the most protective option. (That amount of walking over an eight-hour day might not work for everyone.)

That exercise “snack” was the only one that significantly reduced both blood sugar and blood pressure. When stacked up against remaining seated all day, it also cut down blood sugar spikes after eating a large meal by 58%, the researchers said.

“This is a really large amount that is comparable to reductions you would see if someone were using insulin injections or diabetes medications to control blood sugar,” Diaz noted.

A one-minute walking snack every half hour also helped cut down on blood sugar levels, but walking one or five minutes once an hour did not.

However, all the walking options aided blood pressure, amounting to a 4 to 5 mm Hg drop compared with no walking break at all. That, said Diaz, “is a sizable reduction in blood pressure that is similar to the reductions you would expect if you exercised daily for six months.”

“So beyond improving your physical health, regular walks to break up your sitting will put you in a better mood and help you feel more energized,” Diaz added.

Why can walking snacks be so helpful? Diaz said muscles can play a big role in regulating blood sugar and cholesterol levels, but “they need to be used and contracted to do this.”

Also, sitting creates bends and constrictions in the blood vessels of the legs, he noted. “This ultimately changes blood flow and can lead to increases in blood pressure. So we think that regular short walks can help prevent the changes in blood pressure by regularly restoring blood flow to the legs,” he explained.

Connie Diekman, a registered dietitian and food and nutrition consultant, suggested that the findings make sense, while acknowledging that even brief walking snacks might prove challenging for some.

For example, an office environment “doesn’t always make it easy to do this; getting up this often can disrupt concentration and focus; (and) setting an alarm to remind you to do this can be very disruptive,” she added.

“With that said, it is clear that sitting for too long is not healthful,” agreed Diekman, former president of the Academy of Nutrition & Dietetics. “Working to break up the length of time you sit is an important health goal.”

The findings were published in the Jan. 12 issue of Medicine & Science in Sports & Exercise.