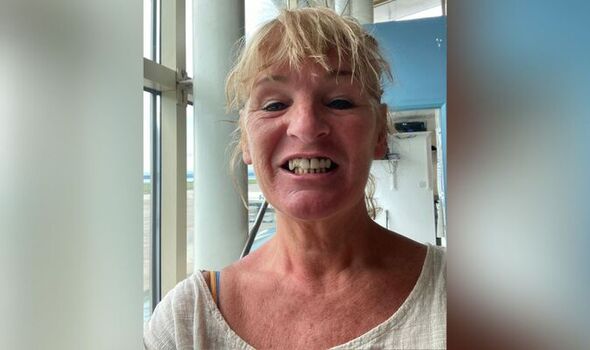 A woman has flown to Turkey for dental treatment after being quoted a whopping £19,000 by a UK practice. Sally Murphy claims she would have needed to take out a second mortgage had she undergone the treatment in England, reports The Echo.

The 58-year-old, from Wallasey in Wirral, Merseyside, said she was removed as an NHS patient from her old dentist during covid.

Wirral has seen one of the biggest drops in the country in NHS dentists, losing 10 per cent of its NHS dentists in the last five years. Only 12 areas have seen higher drops.

After struggling to find another practice, Sally looked into going private but found this would cost more than £19,000.

She decided to book an operation in Turkey with the operation, hotel in Antalya, and flights only costing her about £5,000, nearly a quarter of what she says she would have to pay privately in the UK.

Despite going ahead, she said: “Do you know what? I still don’t feel confident. I am going today and I am actually terrified.”

Dental operations in Turkey have gained popularity in the UK, nicknamed “turkey teeth” but some people have suffered serious complications as a result according to a BBC investigation.

A British Dental Association spokesperson (BDA) called it “a national disgrace” that patients were going abroad to receive treatment and said NHS dentistry has become “a postcode lottery.”

During the leadership election, Prime Minister Liz Truss said that dentistry would be one of her top priorities

Many Wirral residents said they were also struggling to get dental treatment with some saying they had been waiting months.

Some said this has meant they have had to go private but that comes with a cost.

Others said they had only been able to be treated in A&E or trying to fix their teeth at home.

Mrs Murphy had a dental bridge put in through the NHS when she was 22 after her teeth were knocked out, but during covid, the enamel began to fall out.

She said she tried to contact her old dentist throughout covid and when she eventually got through, she said she was told she could not reregister.

For Mrs Murphy working as a chaplain in a prison her appearance, particularly since she recently lost a tooth, is a big issue as her work is face to face.

She said: “I am really self conscious about my teeth. My self confidence is zero at the moment because I can do nothing about getting it fixed unless I get a second mortgage out.

“For the trip, I am going to make a tooth out of putty as I currently look like Nanny McPhee.”

Mrs Murphy flew out on September 20 and hopes to have the operation done by Friday. She plans to document the procedure.

Dr Tam Haque has worked as a dentist for 25 years said practices in Wirral are struggling to foot the bill taking NHS patients on because of funding problems.

He said: “The funding is so low it is almost impossible to run a business. Even if we wanted to, there seems to be no capacity to increase our NHS work load.

“The more you work to help people who need lots of treatment, you’ll likely be penalised because you will miss your targets and get your funding cut.

“It is an impossible situation,” adding “if you are having to turn away children and people in need, it is very frustrating and upsetting.”

A British Dental Association spokesperson (BDA) said: “It’s shameful – and a national disgrace – that the provision of NHS dentistry has become such a postcode lottery, that some people are being forced to go abroad to access affordable treatment they desperately need, or even resorting to DIY dentistry.

“This is the reality for patients who are at the sharp end of a decade of savage cuts to the dental budget.

“Successive governments have failed to tackle the NHS dental crisis – only funding care for around half the population.

“The BDA estimates it would take an extra £880m a year simply to restore resources to 2010 levels.”

A spokesperson for the NHS in the North West said: “The COVID-19 pandemic, which has had a disproportionate impact on the North West region, has inevitably led to a disruption in routine dental care with NHS dentists having to focus on providing care for those with an urgent dental need.

“It is important to note that anyone who is in dental pain or in urgent need of support, help or advice, can telephone their own dental practice in the usual way.

“The NHS recently announced the first reforms to dentistry services since 2006 which will support practices to improve access including by giving high performing practices the opportunity to increase their activity and treat more patients – discussions around further changes that benefit patients and staff are ongoing.”