Beyond saving lives and publishing research, physicians and medical students have a special window into the human experience. They bear witness to life, struggle, triumph, and defeat in their most raw forms on a daily basis.

Most doctors will, at some point, write about an experience they have while on rotation, but not all are equipped with the tools to create an impact with their words. The Yale Internal Medicine Residency Writers’ Workshop aims to give residents the tools they need to craft meaningful narratives about the human experience surrounding medicine, giving physicians the agency to tell their stories in meaningful ways. 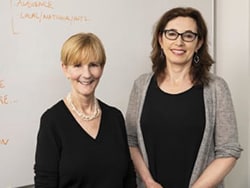 Founded in 2003, the workshop is an annual, 2-day experience for residents in internal medicine and other specialties designed to be an all-in crash course on the fundamentals of good writing. Twelve participants create pieces, provide feedback, and collaborate. Participants continue to work on revising their essays and stories with ongoing mentoring by internists Anna Reisman, MD, and Lisa Sanders, MD.

“I think that medicine is a storytelling activity,” Sanders, an associate professor at the Yale School of Medicine, told Medscape Medical News. “Everything we know, as doctors, we learned through stories. We communicate in stories, and so taking these stories and writing them down seems like a natural thing to do.”

The program began as part of a series from Ashgar Rastegar, MD, professor of medicine and director of the Global Health Program at Yale. He invited Abraham Verghese, a world-renowned physician and author, to teach his craft of writing as part of a 2-day seminar to combat burnout and provide a creative outlet for residents at Yale.

Something of that magnitude, said Reisman, had never been done before at an American residency program. Reisman heard about the program in an email, observed the process, joined in the organizing of the annual event, and eventually became its director. Following the retirement of Richard Selzer, MD, an acclaimed surgeon and author at Yale, she invited Sanders to join her. A few years later, the program took shape to become what it is today.

“I don’t think [the program] would have gone anywhere if it hadn’t been for Anna’s desire to make it continue,” says Sanders. “It was really her drive that allowed it to get established.”

“A Focus on Craft”

Alongside Selzer, Rastegar, and Verghese, Sanders and Reisman bring their own wealth of experience to the program.

Reisman’s essays have been published in a multitude of journals and newspapers across the nation, such as The New York Times, The Atlantic, The New England Journal of Medicine, and others. She’s also the editor of Telephone Medicine: A Guide for the Practicing Physician, detailing the necessity of a better system of communication between physicians than archaic pagers within an unorganized assignment system.

Sanders also brings extensive writing experience to the workshop. Her 2010 book, Every Patient Tells a Story: Medical Mysteries and the Art of Diagnosis, charted on The New York Times bestseller list. She also served as the inspiration and as an advisor for the television show House, MD, with her Diagnoses column in The New York Times.

“For doctors, writing is very satisfying because medicine is so intense, personal, up close, and intimate,” Sanders says. “Writing gives you a little bit of distance, in a good way. I think I’m not the only person who recognizes how useful that is, how pleasurable that is, and how important it is to helping you see what you’re doing.”

The Residency Writers’ Workshop doesn’t focus solely on the human experience, however. It also is a gauntlet of exercises and training, designed to drill the fundamentals of writing into residents so that they can effectively communicate their experiences.

“Our workshop is pitched as a focus on craft,” says Reisman. “Writing workshops in medicine are often either reflective writing, where you go in and you’re told it doesn’t matter what you’re writing, it doesn’t matter your style, it’s just the process of writing.”

“To take it to the next step of really refining it, using precise language, good metaphors, etc, is rather difficult,” Reisman says. “In a way, we provide both, which I think is a nice and fairly unique aspect of our program.”

The program began within Yale’s internal medicine program but has now grown to include residents of nearly every specialty and across the country. There are graduate programs in Virginia and New York. Similar workshops have popped up in places like Michigan and Mount Sinai.

To use Sanders’ words, the program has metastasized across programs and states to create a network of writers out of residents, physicians, and university staff. Now in its 19th year, the program continues to inspire residents to think about the profound nature of their work.

“There is a sense of wonder in witnessing these important human experiences,” Sanders says. “That’s what we write about, or that’s what doctors can write about. I think that’s one of the things that compels many of our participants to write is a sense that they’ve witnessed something that’s extraordinary.”