Dementia with Lewy bodies is now widely recognized as the second most common type of degenerative dementia after Alzheimer's disease.

It is diagnosed when someone has the characteristic symptoms caused by Lewy bodies – tiny protein deposits – in the cortex of the brain.

Clinicians distinguish between two forms of Lewy body dementia. If someone develops the tell-tale changes in thinking or behavior before or at the same time as Parkinson’s-like problems with movement (referred to as motor symptoms), they will be diagnosed with dementia with Lewy bodies.

When someone has had Parkinson’s motor symptoms for at least a year before experiencing Lewy body dementia symptoms, it is known as Parkinson’s dementia.1

Diagnosing Lewy body dementia can be difficult because each person will have an individual set of symptoms – in some cases of dementia with Lewy bodies, no motor symptoms may develop at all – and Lewy body dementias can co-exist with the other common dementias, Alzheimer’s and vascular dementia.

The nomenclature also varies across the world: in the United States, Lewy Body Dementia refers to both dementia with Lewy Bodies and Parkinson’s dementia, whereas in the UK these tend to be differentiated.

Additionally, people with this form of dementia commonly experience visual hallucinations, which can be detailed and complex and can happen early on in the condition.

They might also experience difficulty in judging distances, which can cause them to fall over for no apparent reason.2

One distinctive feature is fluctuating cognition, with periods of lucidity followed by times of confusion and disordered speech or staring blankly. Fluctuations in attention and alertness can last from a few seconds to several days.

Rapid eye movement sleep behavior disorder, in which people act out their dreams, sometimes violently, is often a feature of the condition and it is quite common for people with Lewy body dementia to experience extreme sleepiness and take long naps during the day. Some people develop Parkinson’s-type symptoms, such as slowness of movement, stiffness, and tremor. In some cases, a person’s heart rate and blood pressure can also be affected.3

Lewy bodies are tiny protein deposits that develop inside some nerve cells (neurons) in the brain, interrupting the messaging between cells and causing the neurons to die.

When this occurs in the cortex, it causes dementia and when in the brain stem, motor symptoms (parkinsonism).

It is not yet understood why Lewy bodies occur in the brain. Dr. Jose Bras of the Institute of Neurology, University College London (UCL) has recently published research in the Journal of Molecular Genetics, on the genetic basis for dementia with Lewy bodies.4

Further research in this area is imperative. Organizations such as Parkinson’s UK have invested more than £1million into research exploring the types of dementia that affect people with Parkinson’s but more research is needed.

How is dementia with Lewy bodies diagnosed?

A specialist will diagnose dementia with Lewy bodies based on the person’s symptoms, their medical history, and the results of an examination.

There is no specific blood test for this condition, but tests on memory and thinking will help confirm the diagnosis. In some cases, a specialist may request a SPECT brain scan to determine what kind of dementia a person has.5

At the moment there isn’t a cure or specific treatment for dementia with Lewy bodies but there are medications that some people may find effective.

Some people may respond well to Parkinson’s medication, especially if they have Parkinson’s-type symptoms like stiffness or rigidity. However, some side effects of these drugs can make the symptoms of dementia worse, especially confusion.7

Since hallucinations and delusions may often be associated with this condition, some doctors may recommend the use of antipsychotics (also known as ‘neuroleptic’) medications.

In general, these medications should be avoided, as they may make problems with movement significantly worse and can even be fatal since severe neuroleptic sensitivity affects up to 50 percent of patients with Lewy body dementia who take them.

However in some cases, if behavioral symptoms are becoming especially problematic, very low doses of these medications may have to be used. If this medication is prescribed, it is important that the healthcare professionals in charge of the person’s care monitor the situation carefully.6

Using medication to treat dementia with Lewy bodies can be helpful. But it is also useful to get treatment from a wide range of healthcare professionals, such as physiotherapists, occupational therapists, dieticians and speech and language therapists.

The UK Parkinson's Excellence Network, launching in early 2015, will bring together health and social care professionals to transform care for people affected by Parkinson's, including those with Lewy body dementia.

The Excellence Network will be the one-stop-shop for Parkinson's collaboration, evidence, education and resources to drive service improvement. 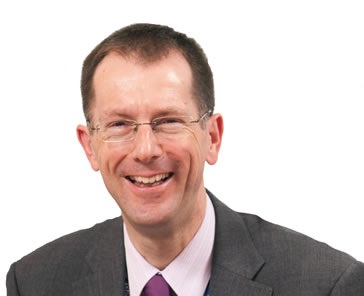 David was recently appointed as Clinical Director of Parkinson’s UK and will provide clinical leadership for the charity’s new UK Parkinson’s Excellence Network.

Research interests include Dementia with Lewy Bodies and progressive supranuclear palsy.  He was a member of the Special Interest Committee Task Force of the International Movement Disorder Society for Diagnostic Criteria for Parkinsonian Disorders (2002-3) and the Parkinson’s disease Dementia Task Force (2004-6). He was appointed NIHR-DeNDRoN Associate Director/National Lead for Parkinson’s disease in July 2010.

He was Clinical Reviews Editor for the Movement Disorder Journal from January 2007 before taking on an Associate Editorial role in January 2010.

Professor Burn is an Officer (Treasurer-Elect) of the International Parkinson and Movement Disorder Society, having previously served as Chair of the MDS Congress Scientific Programme Committee (2011-2012). He has published over 220 articles on movement disorders in peer-reviewed journals.

Disclaimer: This article has not been subjected to peer review and is presented as the personal views of a qualified expert in the subject in accordance with the general terms and condition of use of the News-Medical.Net website.