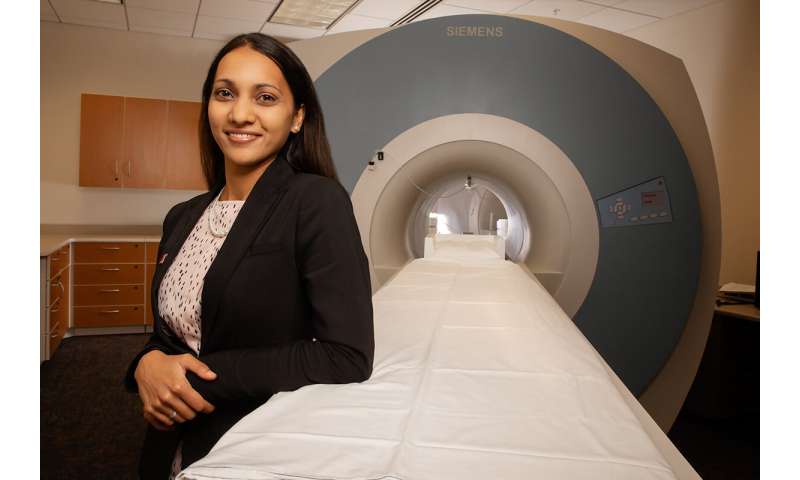 Scientists have known for decades that aerobic exercise strengthens the brain and contributes to the growth of new neurons, but few studies have examined how yoga affects the brain. A review of the science finds evidence that yoga enhances many of the same brain structures and functions that benefit from aerobic exercise.

The review, published in the journal Brain Plasticity, focused on 11 studies of the relationship between yoga practice and brain health. Five of the studies engaged individuals with no background in yoga practice in one or more yoga sessions per week over a period of 10-24 weeks, comparing brain health at the beginning and end of the intervention. The other studies measured brain differences between individuals who regularly practice yoga and those who don’t.

Each of the studies used brain-imaging techniques such as MRI, functional MRI or single-photon emission computerized tomography. All involved Hatha yoga, which includes body movements, meditation and breathing exercises.

“From these 11 studies, we identified some brain regions that consistently come up, and they are surprisingly not very different from what we see with exercise research,” said University of Illinois kinesiology and community health professor Neha Gothe, who led the research with Wayne State University psychology professor Jessica Damoiseaux.

“For example, we see increases in the volume of the hippocampus with yoga practice,” Gothe said. Many studies looking at the brain effects of aerobic exercise have shown a similar increase in hippocampus size over time, she said.

The hippocampus is involved in memory processing and is known to shrink with age, Gothe said. “It is also the structure that is first affected in dementia and Alzheimer’s disease.” 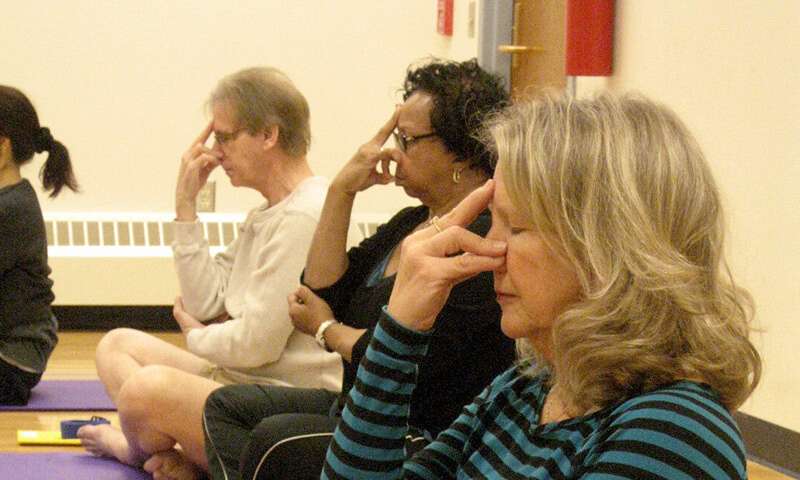 Though many of the studies are exploratory and not conclusive, the research points to other important brain changes associated with regular yoga practice, Damoiseaux said. The amygdala, a brain structure that contributes to emotional regulation, tends to be larger in yoga practitioners than in their peers who do not practice yoga. The prefrontal cortex, cingulate cortex and brain networks such as the default mode network also tend to be larger or more efficient in those who regularly practice yoga.

“The prefrontal cortex, a brain region just behind the forehead, is essential to planning, decision-making, multitasking, thinking about your options and picking the right option,” Damoiseaux said. “The default mode network is a set of brain regions involved in thinking about the self, planning and memory.”

Like the amygdala, the cingulate cortex is part of the limbic system, a circuit of structures that plays a key role in emotional regulation, learning and memory, she said.

The studies also find that the brain changes seen in individuals practicing yoga are associated with better performance on cognitive tests or measures of emotional regulation.

The discovery that yoga may have similar effects on the brain to aerobic exercise is intriguing and warrants more study, Gothe said.

“Yoga is not aerobic in nature, so there must be other mechanisms leading to these brain changes,” she said. “So far, we don’t have the evidence to identify what those mechanisms are.” 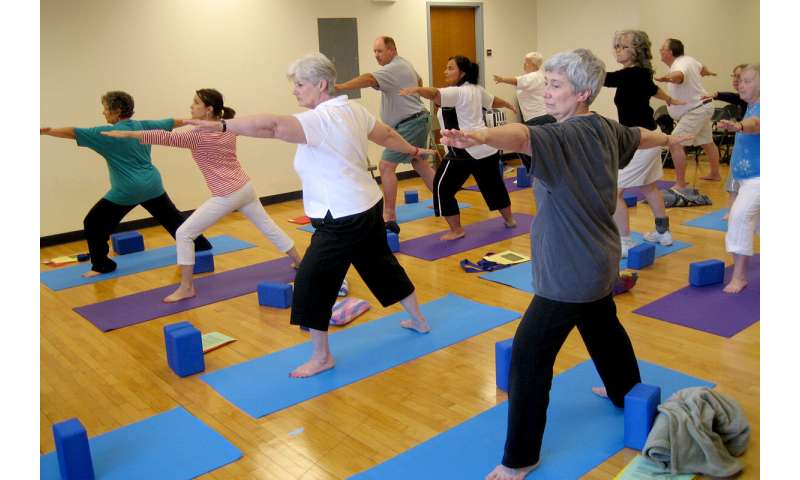 She suspects that enhancing emotional regulation is a key to yoga’s positive effects on the brain. Studies link stress in humans and animals to shrinkage of the hippocampus and poorer performance on tests of memory, for example, she said.

“In one of my previous studies, we were looking at how yoga changes the cortisol stress response,” Gothe said. “We found that those who had done yoga for eight weeks had an attenuated cortisol response to stress that was associated with better performance on tests of decision-making, task-switching and attention.”

Yoga helps people with or without anxiety disorders manage their stress, Gothe said.

“The practice of yoga helps improve emotional regulation to reduce stress, anxiety and depression,” she said. “And that seems to improve brain functioning.”

The researchers say there is a need for more—and more rigorous—research into yoga’s effects on the brain. They recommend large intervention studies that engage participants in yoga for months, match yoga groups with active control groups, and measure changes in the brain and performance on cognitive tests using standard approaches that allow for easy comparisons with other types of exercise.