Over the past century, new medications and computer technology have helped many individuals better manage their diabetes, yet optimum glucose control remains unreachable for most diabetics, especially young people.

Managing diabetes is a daily balancing act that demands continual care. Insulin treatment cannot perfectly replicate a healthy pancreas' physiologic function. This article will explore the research into a cure for diabetes.

Immunotherapies work by reprogramming the immune system to stop attacking and destroying the pancreatic beta cells that produce insulin. Type 1 diabetes may be prevented or slowed down in the future with the help of these new treatments.

Diabetes UK created a network of scientists and research centers called the Type 1 Diabetes Immunotherapy Consortium. It has laid the groundwork for scientists to conduct clinical trials and obtain insights into how immunotherapy can aid in curing type 1 diabetes.

The loss of beta cell function causes diabetes mellitus. It is a category of metabolic illnesses characterized by persistently increased blood glucose levels. This disease can transform into type 1, 2, or other rare types of diabetes.

Type 1 and 2 diabetes may be curable with beta cell replacement. According to research, some individuals with brittle T1D are presently being treated by percutaneous infusion of pancreatic islets into the portal vein, which results in long-term insulin independence.

Beta cell replacement is preferable to insulin treatment for overall metabolic regulation, avoidance of severe hypoglycemia, and delaying the advancement of micro and macrovascular problems.

Currently, there are some drawbacks and hurdles to stem cell therapy. These include the functional immaturity of stem cell-derived beta cells, risk of tumorigenesis, graft immune rejection, and the emergence of encapsulation devices.

A genetic therapy based cure for diabetes

Research published in Endocrine News discusses a genetic therapy based cure for diabetes. According to them, scientists have discovered genetic therapies enabling the body's cells to fight and even cure sickness. Researchers are learning to utilize viral vectors to introduce genes into beta cells that may shield them from immunological assault.

What is Gene Therapy?

Researchers from the University of Wisconsin School of Medicine and Public Health became the first to demonstrate the effectiveness of a DNA-based insulin gene therapy in curing type 1 diabetes.

For the first time, the researchers induced insulin production in diabetic rats, which allowed them to normalize their body's glucose metabolism. This discovery has opened the way for further study in this area.

Research published in ScienceDaily focuses on developing regenerative treatments for diabetes that are complementary and alternative to conventional immunological and metabolic therapy.

Using the insulin inhibitory receptor, researchers have revealed a viable molecular target for beta cell protection and regeneration treatment that does not carry the undesired consequences of intensive insulin therapy.

Researchers used mice to show that the role of the inceptor is to protect the beta cells that make insulin from constant activation of the insulin pathway. Insulin resistance may be enhanced by inhibiting the insulin signaling due to the inceptor being activated in diabetes.

Future of the undergoing research into a cure for diabetes

Despite the research, a proper cure for a diabetes with a proven clinical trial in different countries has not yet been developed. The cure for diabetes demands a collaborative research study of researchers and companies from all over the world. 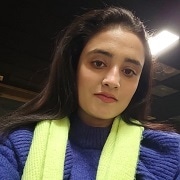 During the coronavirus disease 2019 (Covid-19) lockdown, while pursuing a bachelor's degree in human nutrition and dietetics, Maira started her freelancing career as a content writer, focusing on the life sciences. In 2020, she started working as a freelancer on Fiverr, where she quickly found opportunities to work with several Canadian companies.Maira received an offer for a nutritionist position from a French hotel in Canada, where she was responsible for developing nutrition-based recipes and calorie-counted meals.