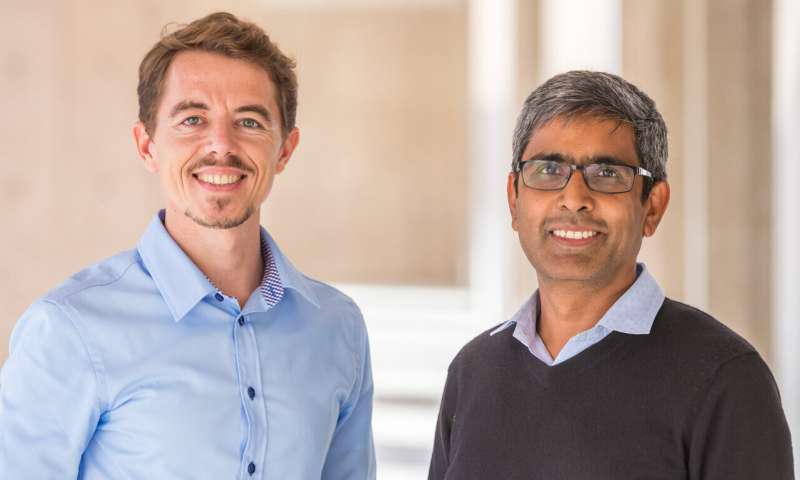 In a Science study published December 5, 2019, researchers at the Salk Institute report the discovery of three cell types in the eye that detect light and align the brain’s circadian rhythm to our ambient light. The study marks the first direct assessment in humans of light responses from these cells, called intrinsically photosensitive retinal ganglion cells (ipRGCs)—and the implications for health are substantial.

“We have become mostly an indoor species, and we are removed from the natural cycle of daylight during the day and near-complete darkness at night,” says Salk Professor Satchidananda Panda, senior author of the paper. “Understanding how ipRGCs respond to the quality, quantity, duration, and sequence of light will help us design better lighting for neonatal ICUs, ICUs, childcare centers, schools, factories, offices, hospitals, retirement homes and even the space station.”

This new understanding of ipRGCs may also fuel future research into developing therapeutic lighting that can treat depression, insomnia, Attention Deficit and Hyperactivity Disorder (ADHD), migraine pain, and even sleep problems among patients with Alzheimer’s disease.

“It’s also going to open a number of avenues to try new drugs or work on particular diseases that are specific to humans,” says Ludovic Mure, a postdoctoral researcher in the Panda lab and first author of the new study.

While ipRGCs had been identified before in mouse retinas, these cells had never been reported in humans. For the new study, the Salk team used a new method developed by study co-authors Anne Hanneken of Scripps Research Institute and Frans Vinberg of John A. Moran Eye Center of the University of Utah to keep retina samples healthy and functional after donors passed away. The researchers then placed these samples on an electrode grid to study how they reacted to light.

They found that a small group of cells began firing after just a 30-second pulse of light. After the light was turned off, some of these cells took several seconds to stop firing. The researchers tested several colors of light, and found that these “intrinsically photosensitive” cells were most sensitive to blue light—the type used in popular cool-white LED lights and in many of our devices, such as smartphones and laptops.

Follow-up experiments revealed three distinct types of ipRGCs. Type 1 responded to light relatively quickly but took a long time to turn off. Type 2 took longer to turn on and also very long to turn off. Type 3 responded only when a light was very bright, but they turned on faster and then switched off as soon as the light was gone. Understanding how each ipRGC type functions may allow researchers to better design lighting or even therapeutics that can turn the cell activity on or off.

The new study actually helps explain a phenomenon reported in past studies of some blind people. These people, despite not being able to see, are still able to align their sleep-wake cycle and circadian rhythms to a day-night cycle. Thus, they must be sensing light somehow.

Now it appears that ipRGCs are the cells responsible for sending that light signal to the brain, even in people who lack the rod and cone cells needed to relay an image to the brain.

It also appears that, in people with functional rods and cones, ipRGCs actually work closely with these other visual cells. The new study suggests that ipRGCs can combine their own light sensitively with light detected by the rods and cones to add brightness and contrast information to what we see.

“This adds another dimension to designing better televisions, computer monitors and smartphone screens in which changing the proportion of blue light can trick the brain into seeing an image as bright or dim,” says Panda.

Panda says the next step in this research will be to study the net output of these cells under different light colors, intensity and duration—for example, comparing how they react to short pulses of light versus a longer duration of a few minutes. The team is also interested in how the cells react to sequences of light, such as a blue light that turns orange or vice versa, which would mimic some of the variety of light we encounter in nature at dawn and dusk.