Bartonellosis is a set of complex infectious diseases caused by the bacteria Bartonella bacilliformis. These diseases are transmitted by sandflies and comprise different conditions like Oroya fever, trench fever, peliosis hepatis, Carrion's disease cat scratch disease, among others. Therefore, understanding the bacteria Bartonella is vital for enhancing our knowledge about the infectious diseases it causes to allow for better management and therapeutic approaches. 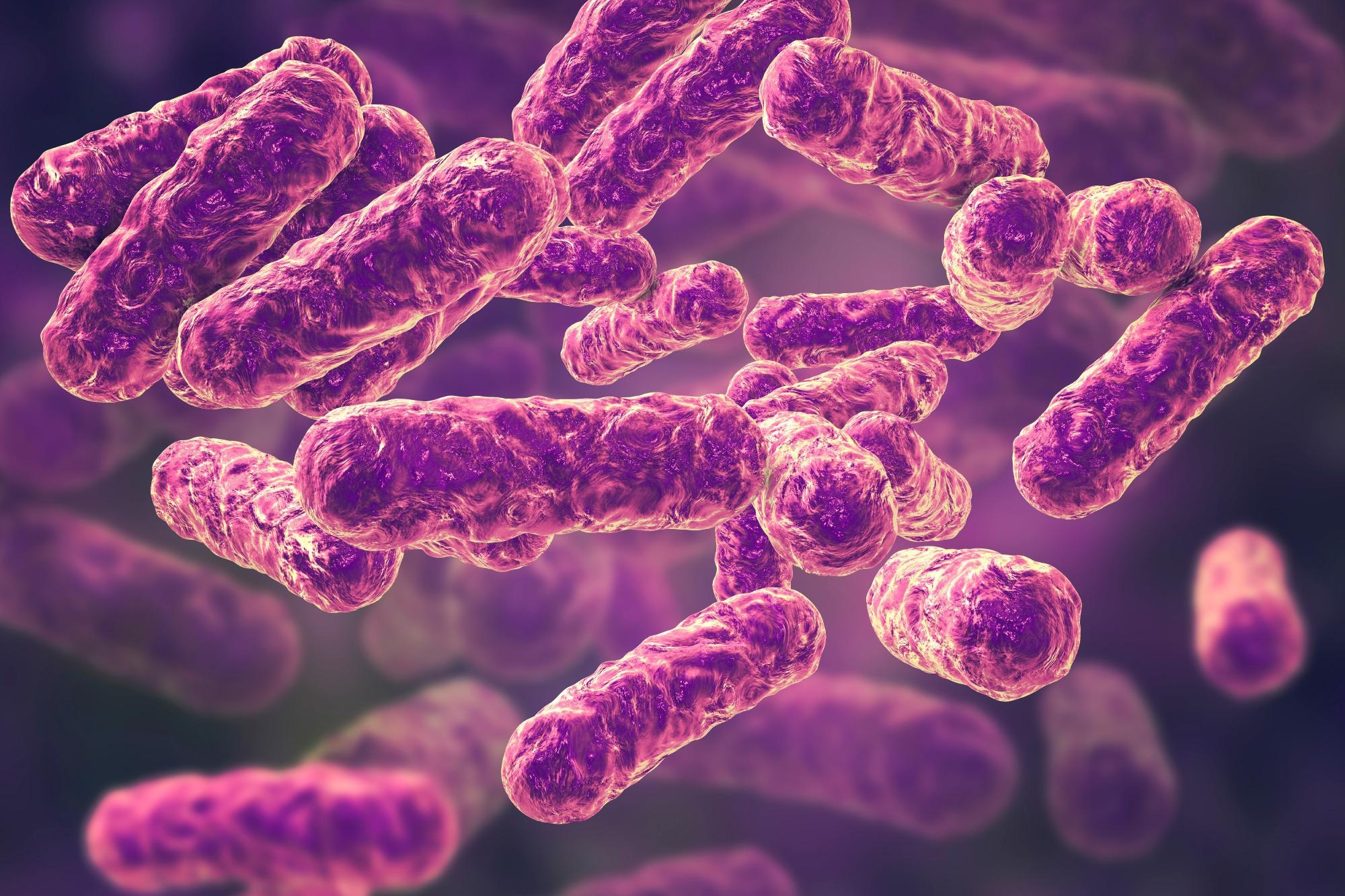 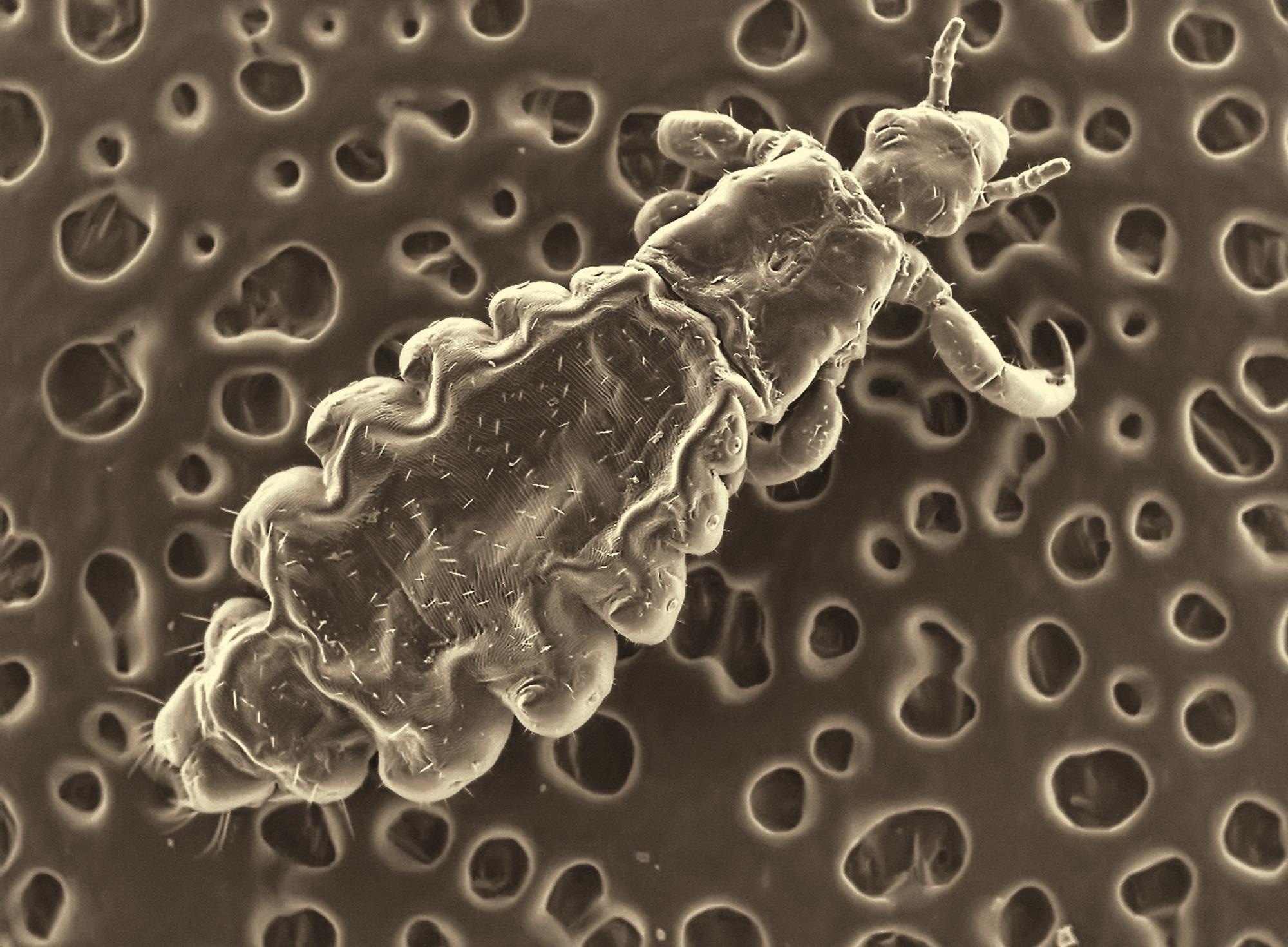 People can get Bartonella quintana from the bite of the human body louse. Image Credit: Protasov AN / Shutterstock

Bartonella attacks CD34+ cells, specialized white blood cells that serve as progenitors to endothelial cells, which line blood arteries and other tissues. After entering the cell, it inhibits the cell from self-destruction and forms a vacuole, a protective cyst around itself. The key virulence factor for Bartonella is an endotoxin termed lipid A, typically found in gram-negative bacteria's outer membrane. The ability of the organism to penetrate erythrocytes and endothelial cells is crucial to the development process of the disease. In addition, the organism tampers with the immune system, making the host more vulnerable to infections by other bacterial pathogens. Following this acute phase, the organism infiltrates the body's endovascular, lymphatic, and other organ systems, resulting in various manifestations.

Carrion's disease manifests itself in two stages. The first stage involves a febrile-hemolytic illness (Oroya fever), while the second stage comprises a verrucous phase (verruga peruana). Infected patients may appear with one of these two phases. Patients can also show different clinical manifestations ranging from asymptomatic bacteremia to recurrent verrucous presentations. High-grade fever, severe anemia caused by the destruction of red blood cells, loss of blood vessels, significant enlargement of the spleen and liver, and bleeding into lymph nodes are the different symptoms of Carrion's disease.

The most common cutaneous signs of cat scratch illness are near the inoculation site. The different phases of cutaneous symptoms (vesicular, erythematous, and papular) begin within 7 to 10 days of exposure. The lymph nodes at the inoculation site grow swollen. Other symptoms, such as malaise, fever, and visceral organ involvement, can occur, but they are uncommon. Trench fever presents with fever, headache, malaise, bone pain, and splenomegaly, ranging from a single episode to a persistent fever that lasts many days.

A recurrent low-grade fever is linked to the chronic form of Bartonella infection. Photophobia, impaired vision, and eye discomfort are all symptoms of chronic eye issues. Bartonella affects bone marrow, causing bone discomfort, most commonly in the shin bone. Another common Bartonella symptom is soreness in the soles of the feet during the morning caused due to walking-related injuries to blood vessels in the soles of the feet. Bartonella also scavenges nutrients from red blood cells, which can cause anemia. Memory loss, sleeplessness, poor balance, impaired cognition, and restlessness are all neurological symptoms.

Cat-scratch infection was estimated to have a global prevalence of 6.4 cases per 100,000 people in adults and 9.4 cases per 100,000 people in children aged 5 to 9. The south-eastern United States has the highest incidence, with peaks in January, late summer, and fall. Since the early twentieth century, epidemic and sporadic outbreaks of trench fever have been documented in numerous nations worldwide, with the most significant epidemics occurring during World Wars 1 and 2. The homeless are more likely to get infected with the disease and have the highest chance of contracting trench fever.

Carrion's disease is usually seen in the inter-Andean valleys of Peru, Ecuador, and Colombia (located between 500 and 3,200 meters above sea level). However, the infection has spread to new places in Ecuador and Peru, particularly in the high woods between the jungle borders and the Altiplano. Changes in weather and climatic trends are assumed to be reflected in the widening spread. According to serologic investigations, approximately 60% of people in endemic areas are infected (0.5 % have asymptomatic bacteremia). Males and females are equally affected by bartonellosis, which is more common in children. Patients who are pregnant may have serious consequences. There has also been evidence of vertical transmission from mother to fetus.

The presence of intra-erythrocyte bacteria, which may appear bacillary or coccoid in a peripheral blood Giemsa–Wright smear, or isolation in blood cultures, confirms the diagnosis of Oroya fever. The clinical symptoms play an essential role in diagnosing verruga peruana, which is further verified by histopathologic study of the tissues. A histopathological examination of Bartonella-infected tissue typically reveals neutrophils, lymphocytes, and detritus strewn about the lesions. Giemsa stain is used to examine Bartonella bacilliformis histopathologically, and it reveals cytoplasmic inclusions known as Rocha-Lima inclusions. Bartonella has also been detected using advanced diagnostic techniques such as PCR on lymph nodes or other materials. High specificity and quick identification are advantages of PCR. However, sensitivity is inadequate, ranging from 43 % to 76 %. Different Bartonella species can be detected using a polymerase chain reaction; specificity is satisfactory, but sensitivity is lower than serology.

Azithromycin is preferred because of its lower risk of side effects. However, patients with severe anemia may require blood transfusions, and pericardial effusions may require drainage. Oral Doxycycline can be used to treat trench fever or chronic bacteremia.

During her time at AZoNetwork, Emily has interviewed over 200 leading experts in all areas of science and healthcare including the World Health Organization and the United Nations. She loves being at the forefront of exciting new research and sharing science stories with thought leaders all over the world.