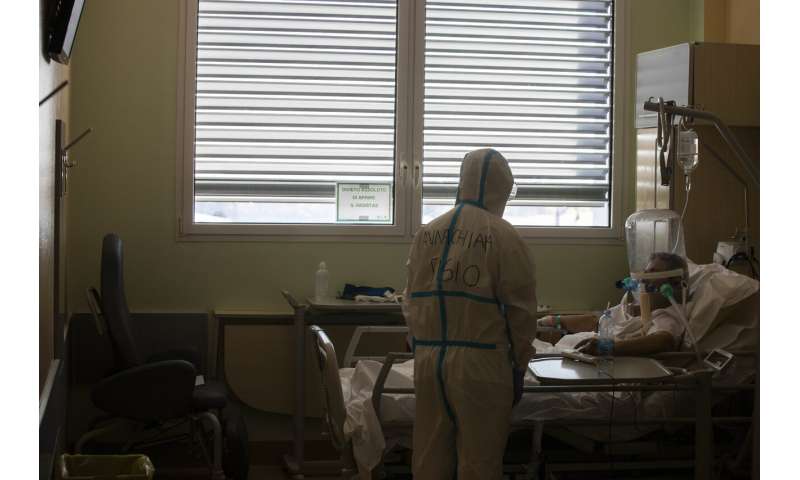 Coronavirus infections are spiking in Japan and creating hot spots in India’s congested cities just as the U.S. and some of the hardest-hit European countries are considering when to start easing restrictions that have helped curb their outbreaks of the disease.

Japan reported more than 500 new cases for the first time Thursday, a worrisome rise since it has the world’s oldest population and COVID-19 can be especially serious in the elderly. Prime Minister Shinzo Abe declared a state of emergency, but not a lockdown, in Tokyo and six other prefectures earlier this week. Companies in the world’s third-largest economy have been slow to embrace working from home, and many commuters were on Tokyo’s streets as usual.

India, whose 1.3 billion people are under a lockdown until next week, has sealed dozens of hot spots in and around the capital, and will supply residents with food and medicine while not allowing them to leave. The number of confirmed cases exceeds 5,000, with 166 deaths, according to India’s Health Ministry.

Meanwhile, deaths, hospitalizations and new infections have been leveling off in places like Italy and Spain, which together have more than 30,000 deaths. Even New York has seen encouraging signs amid the gloom. At the same time, politicians and health officials warn that the crisis is far from over and a catastrophic second wave could hit if countries let down their guard too soon. 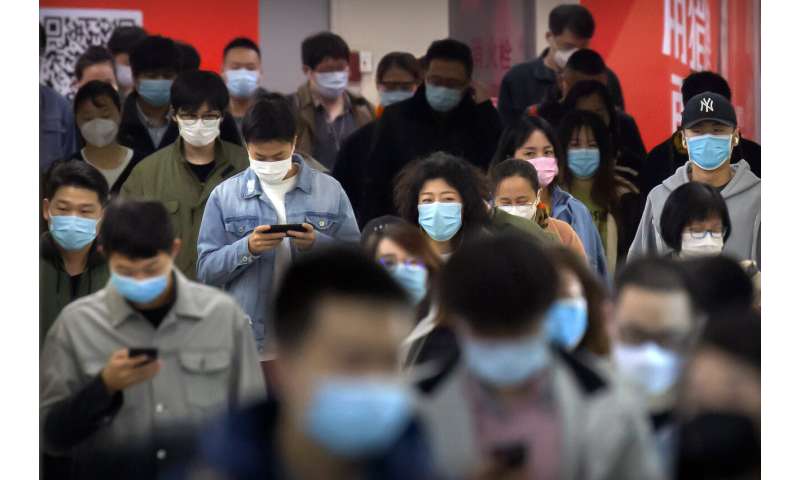 “We are flattening the curve because we are rigorous about social distancing,” New York state Gov. Andrew Cuomo said. “But it’s not a time to be complacent. It’s not a time to do anything different than we’ve been doing.”

The number of confirmed cases of COVID-19 has climbed to about 1.5 million worldwide, with nearly 90,000 deaths, according to figures compiled by Johns Hopkins University. The true numbers are almost certainly much higher, because of limited testing, different rules for counting the dead and concealment by some governments. 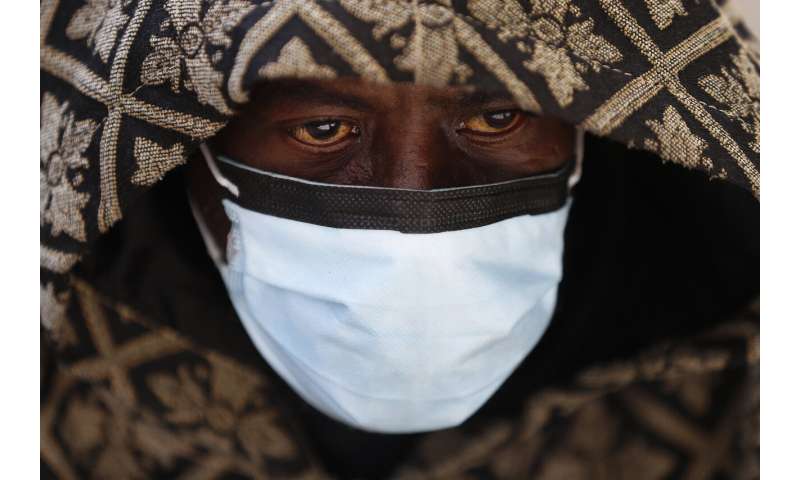 “The bad news is actually terrible,” Cuomo said. Still, the governor said hospitalizations are decreasing and many of those now dying fell ill in the outbreak’s earlier stages.

In a sign of how much the virus has affected air travel, the number of Americans getting on airplanes sank to a level not seen since the 1950s, the dawn of the jet age. The Transportation Security Administration screened fewer than 100,000 people on Tuesday, a drop of 95% from a year ago.

In Britain, Prime Minister Boris Johnson was improving and sitting up in bed, authorities said, after he had spent a second night in intensive care due to COVID-19 symptoms.

Dr. Anthony Fauci, the United States’ top infectious-diseases expert, said the Trump administration has been working on plans to eventually reopen the country amid evidence that social distancing is working to stop the virus’s spread. 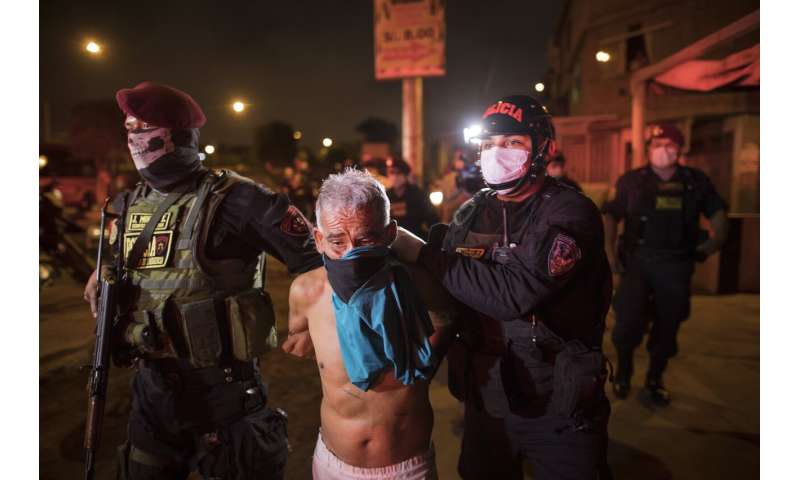 But he said it’s not time to scale back such measures: “Keep your foot on the accelerator because this is what is going to get us through this,” he said at Wednesday’s White House briefing.

Pence said he would speak to leaders in African American communities who are concerned about disproportionate impacts from the virus. Fauci acknowledged that historic disparities in health care have put African Americans at risk for diseases that make them more vulnerable in the outbreak.

Italian Premier Giuseppe Conte is expected to announce in the coming days how long the country’s lockdown will remain in place amid expectations that some restrictions could be eased. Discussions are focused first on opening more of the country’s industries. 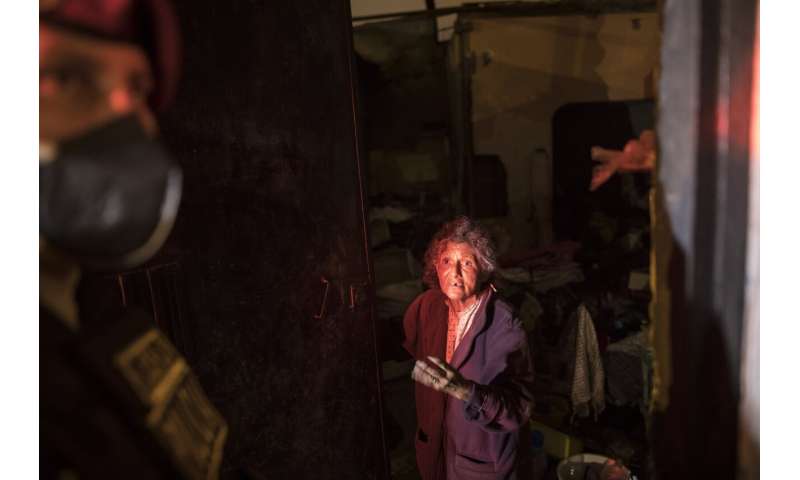 Proposals being floated include immunity certificates, which would require antibody blood tests, and allowing younger workers to return first, as they are less vulnerable to the virus.

In Spain, which has tallied more than 14,000 dead, Budget Minister María Jesús Montero said Spaniards will progressively regain their “normal life” from April 26 onward but warned that the deescalation of the lockdown will be “very orderly to avoid a return to the contagion.”

Without giving specifics, French authorities have likewise begun to speak openly of planning the end of the country’s confinement period, which is set to expire April 15 but will be extended, according to the president’s office. The virus has claimed more than 10,000 lives in France.

Earlier this week, Austria and the Czech Republic jumped out ahead of other European countries and announced plans to relax some restrictions. 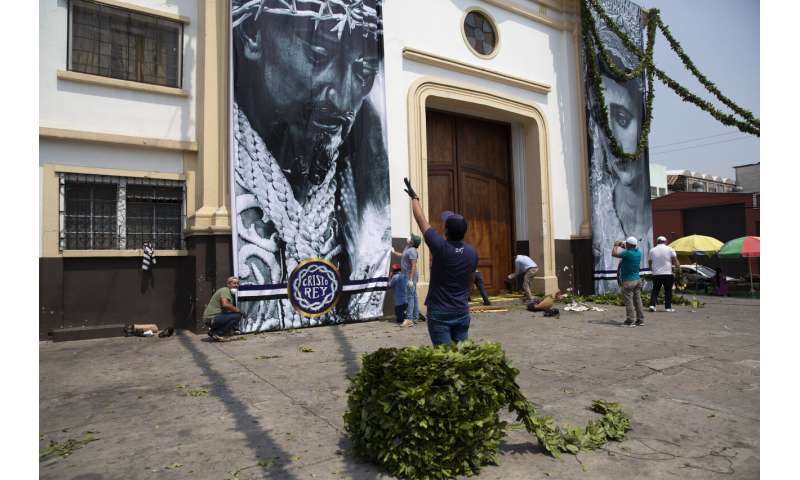 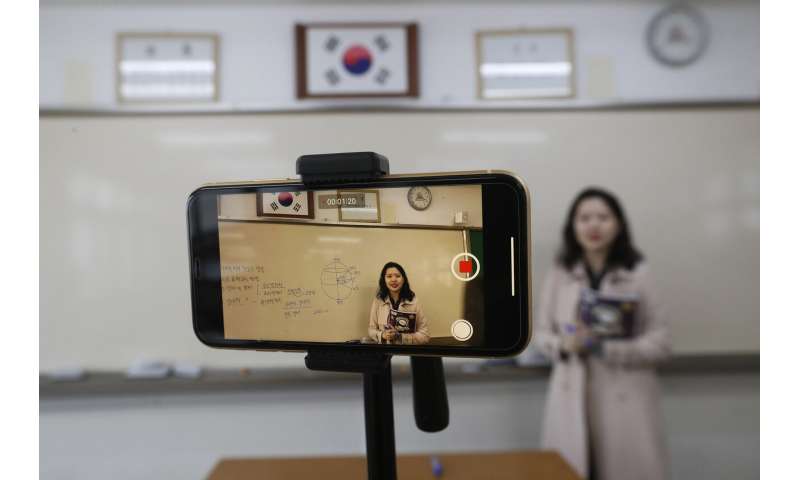 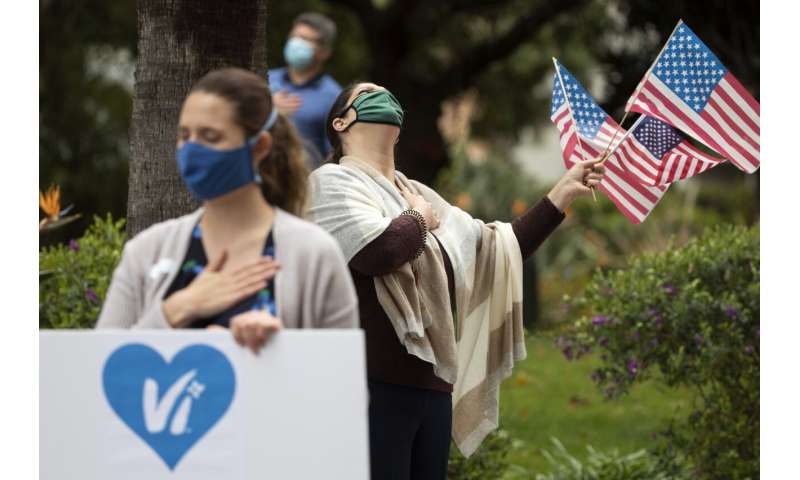 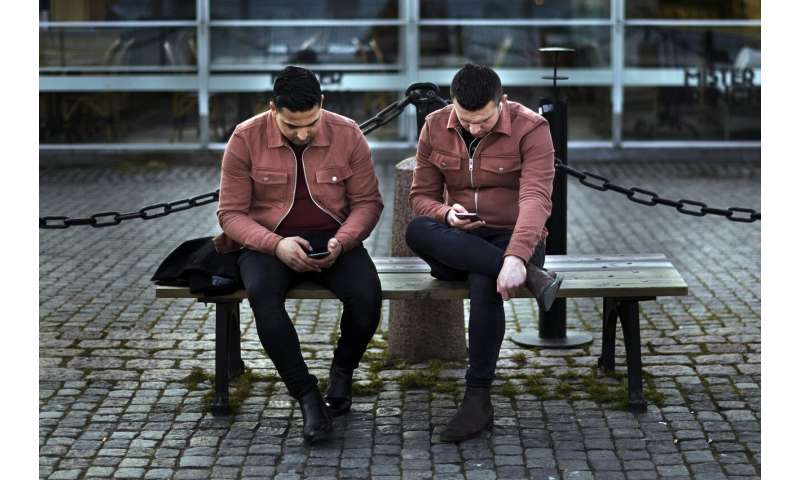 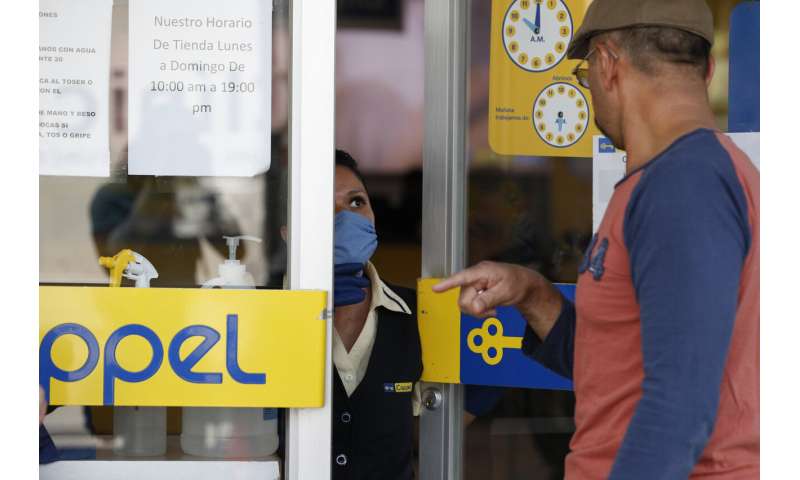 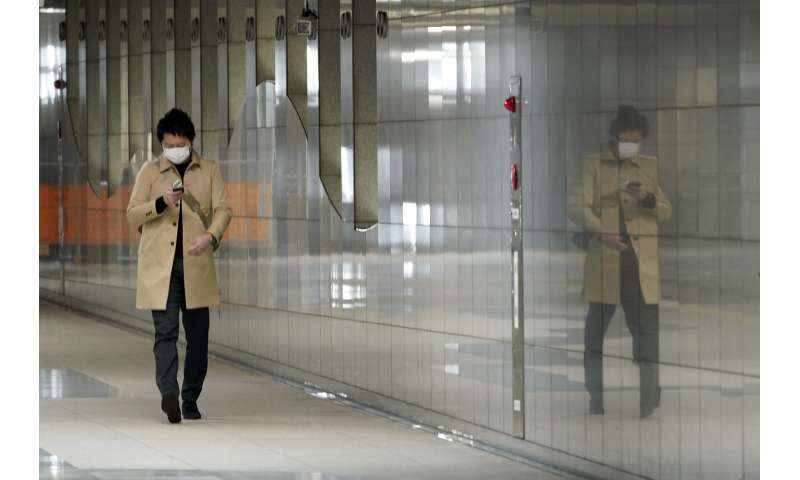 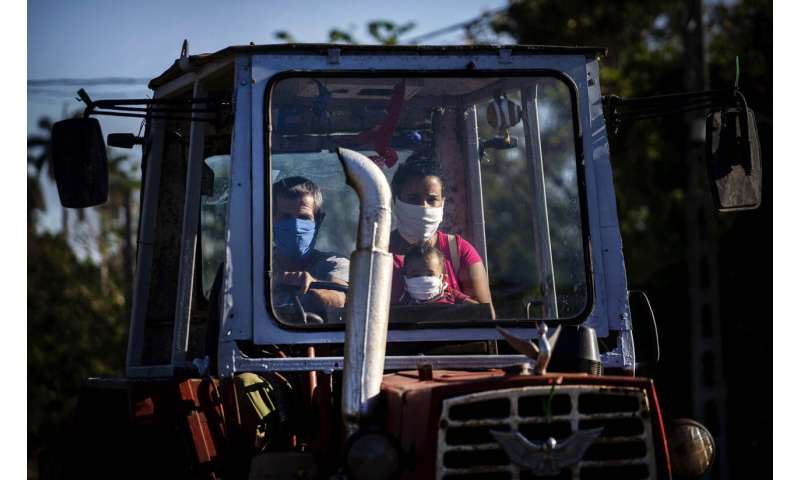 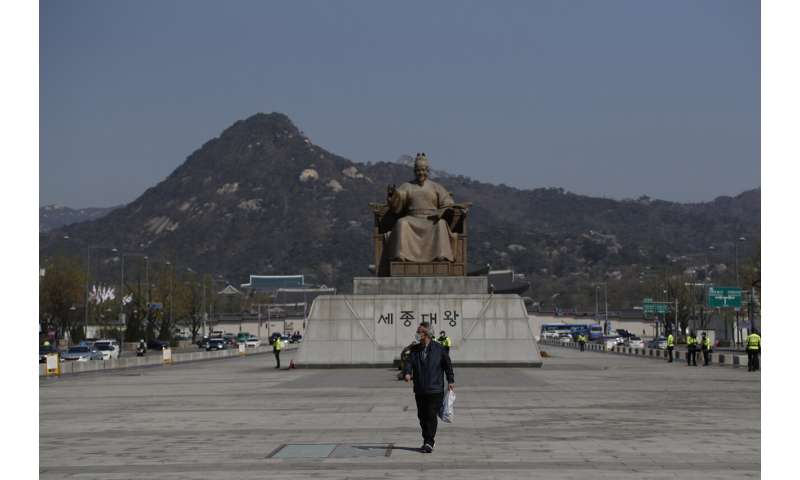 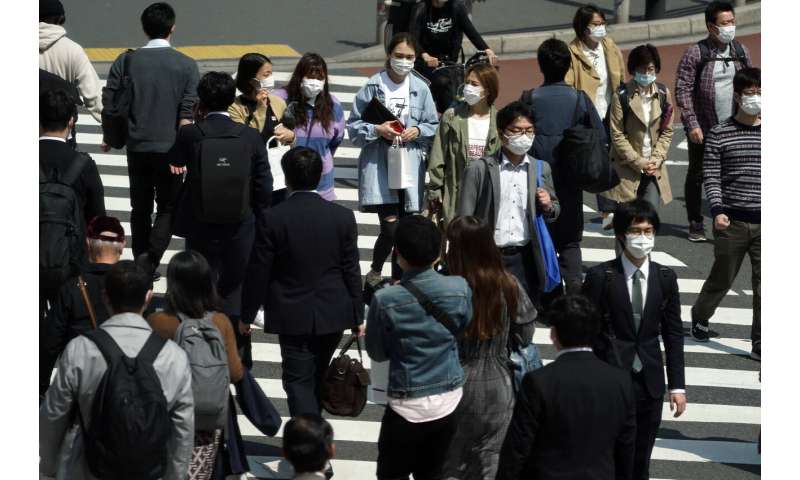 British government officials, beset with a rising death toll of more than 7,000, said there is little chance the nationwide lockdown there will be eased when its current period ends next week.

The desire to get back to normal is driven in part by the damage to world economies. France has entered a recession and Germany, Europe’s economic powerhouse, is also facing a deep recession. Japan could contract by a record 25% this quarter, the highest since gross domestic product began to be tracked in 1955.