Scientists have embarked on renewed investigations into androgen therapy — a former breast cancer treatment. Recent research in mice shows that it may help block tumor growth. 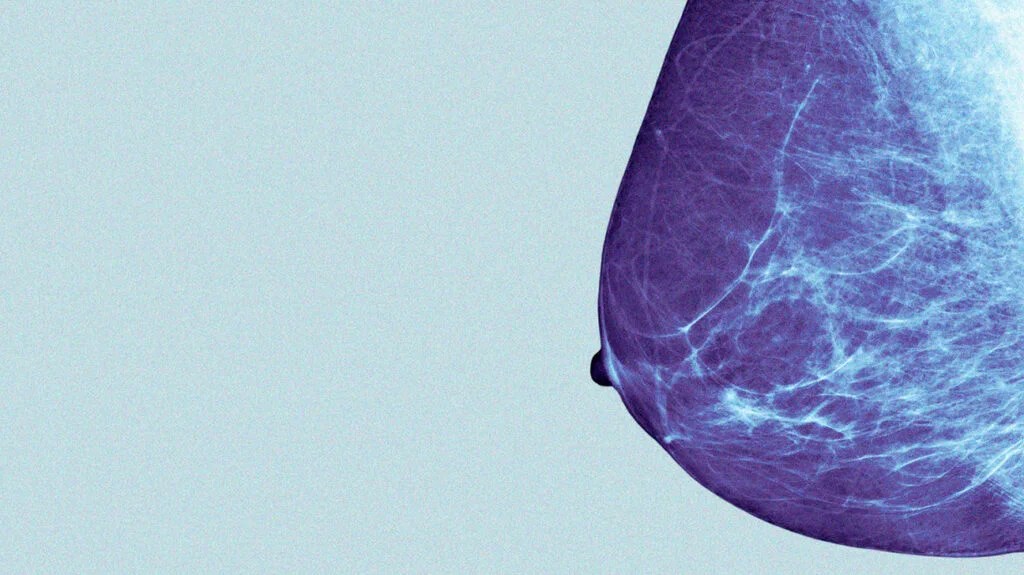 As the American Cancer Society report, breast cancer is one of the most common forms of the disease among women. It can be very aggressive and is responsible for the second-highest number of cancer deaths in this population.

Scientists continue to search for methods of prevention and treatment. The latest investigation indicates that a decades-old treatment ultimately considered more harmful than helpful may, in fact, be instrumental in suppressing breast cancer tumors.

Researchers estimate that almost 2 million people in the United States were diagnosed with cancer in 2020. Around 15% of those cases were invasive breast cancer.

This form can grow into surrounding tissue, while the noninvasive form stays within the milk ducts or lobules of the breast and is thus easier to treat.

There is a 1 in 8 chance that a woman in the U.S. will be diagnosed with breast cancer, and 1 in 39 women die from this form of the disease.

The breast cancer death rate in women under 50 has not changed much in recent years, while the rate in older women has decreased by 1%.

If noninvasive breast cancer is detected early, there is a 99% chance of the person living for at least another 5 years. If the cancer has spread to a distant area, this estimate drops to 27%.

Males and females both have androgens and estrogen, two types of hormones. These hormones are instrumental in physical development.

Androgen levels are higher among males than females, and they largely influence a male’s sexual development. If levels of estrogen are too high, it can cause problems such as sexual dysfunction.

Estrogen plays what some specialists describe as a “major role” in contributing to the development of breast cancer.

Among the present treatment options are surgery to remove the cancerous tumor, chemotherapy, radiation therapy, and hormone therapy. The latter is typically used to reduce estrogen levels.

Androgen therapy was practiced during the first half of the 20th century, according to a paper published in the American Journal of Cancer Research. Doctors stopped using it for breast cancer, though, when scientists determined that “Androgens can be converted to estrogens.”

This led researchers to believe that androgen therapy could do more harm than good, since an increase in estrogen is linked with breast cancer.

However, in a recent study published in Nature Medicine, researchers decided to take another look at this use of androgens. The team discovered that this hormone may, after all, contribute to fighting breast cancer.

The researchers — many from the University of Adelaide, in Australia — studied the effect of androgen receptor-activating drugs on cell cultures and mouse models of breast cancer. In these mice, the scientists had implanted tumors extracted from patients with breast cancer.

They found that activating androgen receptors had a “potent” suppressive effect on different kinds of breast cancer tumors, even those that had been resistent to “traditional” treaments with estrogen receptor inhibitors and CDK4/6 inhibitors.

“The new insights from this study should clarify the widespread confusion over the role of the androgen receptor in estrogen receptor-driven breast cancer,” says Dr. Elgene Lim, an author of the study paper.

Dr. Lim is a breast oncologist and head of the Connie Johnson Breast Cancer Research Lab at the Garvan Institute of Medical Research, in Darlinghurst, Australia.

“Given the efficacy of this treatment strategy at multiple stages of disease in our study, we hope to translate these findings into clinical trials as a new class of endocrine therapy for breast cancer.”

The authors describe the androgen receptor as “a tumor suppressor in [ER-positive] breast cancer.”

“This work has immediate implications for women with metastatic [ER-positive] breast cancer, including those resistant to current forms of endocrine therapy,” said Dr. Theresa Hickey, the paper’s lead author and scientific leader of the Dame Roma Mitchell Cancer Research Laboratories, at the University of Adelaide.

Androgen therapy has the potential to help in a number of ways. For example, if it can be used to suppress the growth of a tumor, this increases the likelihood of successful surgery to remove the tumor.

“We provide compelling new experimental evidence that androgen receptor-stimulating drugs can be more effective than existing standard-of-care treatments and, in the case of the latter, can be combined to enhance growth inhibition,” Dr. Hickey explains.