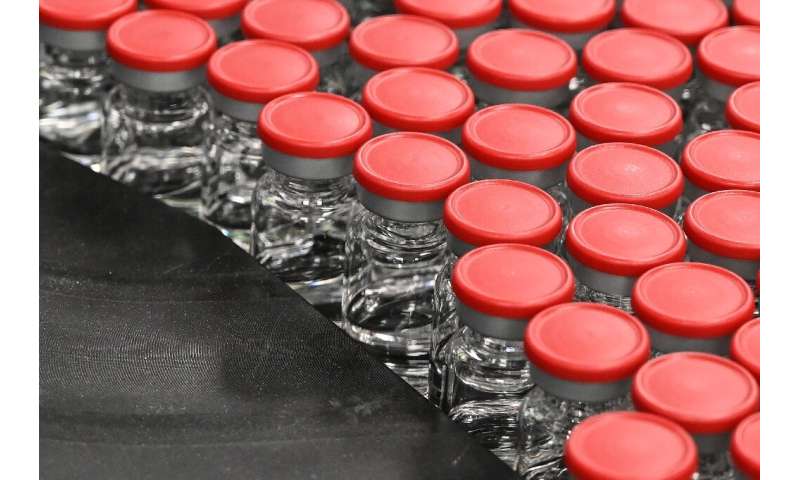 It is no secret that thousands of laboratories around the world use cells derived from a fetus that was aborted decades ago to develop vital medicines.

But it is a contentious topic in the US, where conservatives and anti-abortion activists have long deemed the practice unethical.

The matter is once more under the spotlight after President Donald Trump was treated for COVID-19 using Regeneron’s antibody treatment. The company used aborted fetal cells as part of its testing process.

“It’s becoming annoying,” Andrea Gambotto, a professor at the University of Pittsburgh, said of the controversy.

Gambotto has used a cell line called HEK 293, the same used by Regeneron, as part of his research for 25 years.

“It’d be a crime to ban the use of these cells,” he added. “It never harmed anybody—it was a dead embryo so the cells back then (were used), instead of being discarded, they were used for research.”

The big advantage of these cells, which were developed in the early 1970s, is that they now represent a “gold standard” in the pharmaceutical industry.

If Gambotto—who is leading a COVID-19 vaccine research project himself—one day succeeds, his vaccine can be produced anywhere in the world, thanks to HEK293.

“You can go to India and make a vaccine for all the world,” he said. To those who call for the development of alternatives, he says, “You don’t need to go back 30 years and reinvent the wheel.”

The original cells were transformed and immortalized in January 1973 by a young Canadian postdoc by the name of Frank Graham, who was working at the time in Leiden, the Netherlands in the laboratory of Professor Alex van der Eb.

Normally, a cell has a finite number of divisions, but Graham managed to modify these cells so that they divide ad infinitum.

This was his 293rd experiment, hence the name of the line (HEK stands for “human embryonic kidney cells”).

“Use of fetal tissue was not uncommon in that period,” Graham, a professor emeritus at Canada’s McMaster University who now lives in Italy, told AFP.

“Abortion was illegal in the Netherlands until 1984 except to save the life of the mother. Consequently I have always assumed that the HEK cells used by the Leiden lab must have derived from a therapeutic abortion.”

Vaccine developers like HEK293 because the cells are malleable and transformable into virus mini-factories. To grow viruses, you always need a host cell. It can be a chicken egg, but human cells are preferable in human medicine.

In the case of COVID-19 vaccines, several makers have used HEK293 to generate what are called “viral vectors.”

These are weakened versions of common cold-causing adenoviruses that are loaded with the genetic instructions for human cells to manufacture a surface protein of the coronavirus. This elicits an immune response that the body remembers when it encounters the real coronavirus.

Several other companies, such as Moderna and Pfizer, have used HEK293 to develop “pseudoviruses” to test their drugs.

Vaccines against Ebola and tuberculosis, as well as gene therapies, have also been created with HEK293 cells, said Graham.