It is hard to overstate the role eating a healthy, balanced diet plays in warding off life-threatening complications and extending your lifespan. Chronic complications such as heart disease and stroke claim the lives of thousands of people in the UK every year and your diet goes a long way to evaluating your risk of developing these fatal conditions.

While certain foods can pose a grave threat to your life expectancy by raising your risk of developing life-threatening complications, rigorous research is highlighting specific ingredients that may offer a defence against deadly health issues.

Eating chilli peppers, for example, have been associated with a reduced risk of mortality in several studies, and new research published in the Journal of the American College of Cardiology bolsters previous findings.

The research, conducted in Italy, compared the risk of death among 23,000 people, and divided people into two groups – those who ate chili and those who didn’t.

Participants’ health status and eating habits were monitored over eight years, and researchers found that the risk of dying from a heart attack was 40 percent lower among those eating chili peppers at least four times per week.

Read more: How to live longer: This type of exercise could increase life expectancy 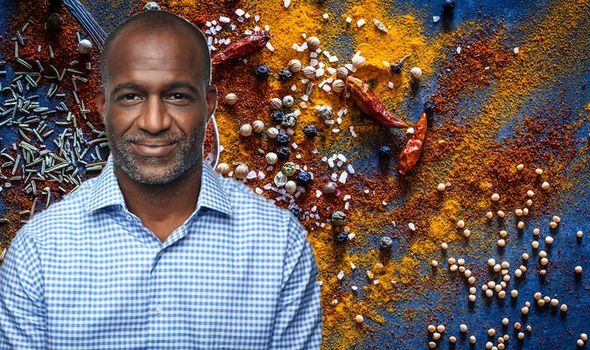 “An interesting fact is that protection from mortality risk was independent of the type of diet people followed,” said study lead author Marialaura Bonaccio, an epidemiologist at the Mediterranean Neurological Institute (Neuromed).

She added: “In other words, someone can follow the healthy Mediterranean diet, someone else can eat less healthily, but for all of them chili pepper has a protective effect.”

To gather the findings, research analysed data from the Moli-Sani study, which has around 25,000 participants in the Molise region of southern Italy.

Why Italy? According to Licia Iacoviello, director of the department of epidemiology and prevention at Neuromed and a professor at the University of Insubria in Varesem, the perceived health benefits of eating chilis is deeply rooted in Italian food culture.

Ian Johnson, a nutrition researcher at Quadram Institute Bioscience in Norwich, England, praised the robust methodology of the study but also acknowledged its limitations.

Johnson noted that no mechanism for the protective effect was identified, nor did scientists find that eating more chili provided additional health benefits.

A previous study published in PLoS ONE echoed these findings and attempted to account for the association.

Basing their findings on National Health and Nutritional Examination Survey (NHANES) III data collected from more than 16,000 Americans who were followed for up to 23 years, medical student Mustafa Chopan ’17 and Professor of Medicine Benjamin Littenberg, M.D., drew a link between the standardised characteristics of the participants and red hot red chili pepper consumption. 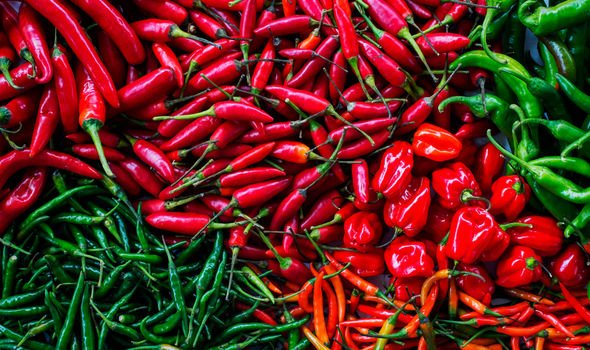 They found that consumers of hot red chili peppers tended to be “younger, male, white, Mexican-American, married, and to smoke cigarettes, drink alcohol, and consume more vegetables and meats . . . had lower HDL-cholesterol, lower income, and less education,” in comparison to participants who did not consume red chili peppers,” said the study authors.

They examined data from a median follow-up of 18.9 years and observed the number of deaths and then analysed specific causes of death.

“Although the mechanism by which peppers could delay mortality is far from certain, Transient Receptor Potential (TRP) channels, which are primary receptors for pungent agents such as capsaicin (the principal component in chili peppers), may in part be responsible for the observed relationship,” noted the study authors.

The researchers posit a number of possible explanations for the association between chili pepper consumption and longevity. 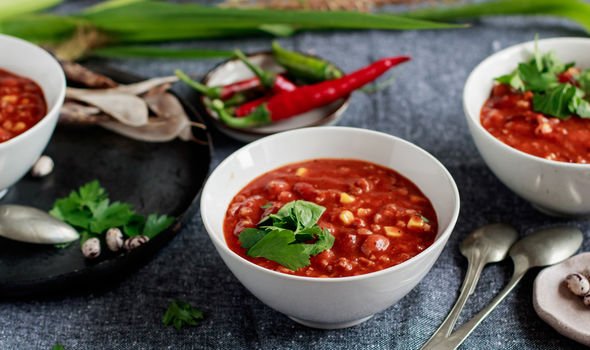 According to the study authors, one of the primary health benefits is believed to be derived capsaicin and the role is plays in cellular and molecular mechanisms that prevent obesity and modulate coronary blood flow, and also possesses antimicrobial properties that “may indirectly affect the host by altering the gut microbiota.”

The gut microbiota describes the complex and dynamic population of microorganisms found in the human gastrointestinal (GI) tract, which play a key role in boosting the immune system and protecting against disease.

“Because our study adds to the generalizability of previous findings, chili pepper — or even spicy food — consumption may become a dietary recommendation and/or fuel further research in the form of clinical trials,” said one study author.